Major global coarse grain trade changes for 2022/23 include larger corn exports for Ukraine but a reduction for the United States. Corn imports are lowered for Canada and Vietnam. Foreign corn ending stocks are raised 2.2 million tons to 273.6 million, mostly reflecting increases for China and India that are partially offset by declines for Ukraine, the EU, and Thailand. World corn ending stocks at 304.5 million tons, are down 2.2 million. 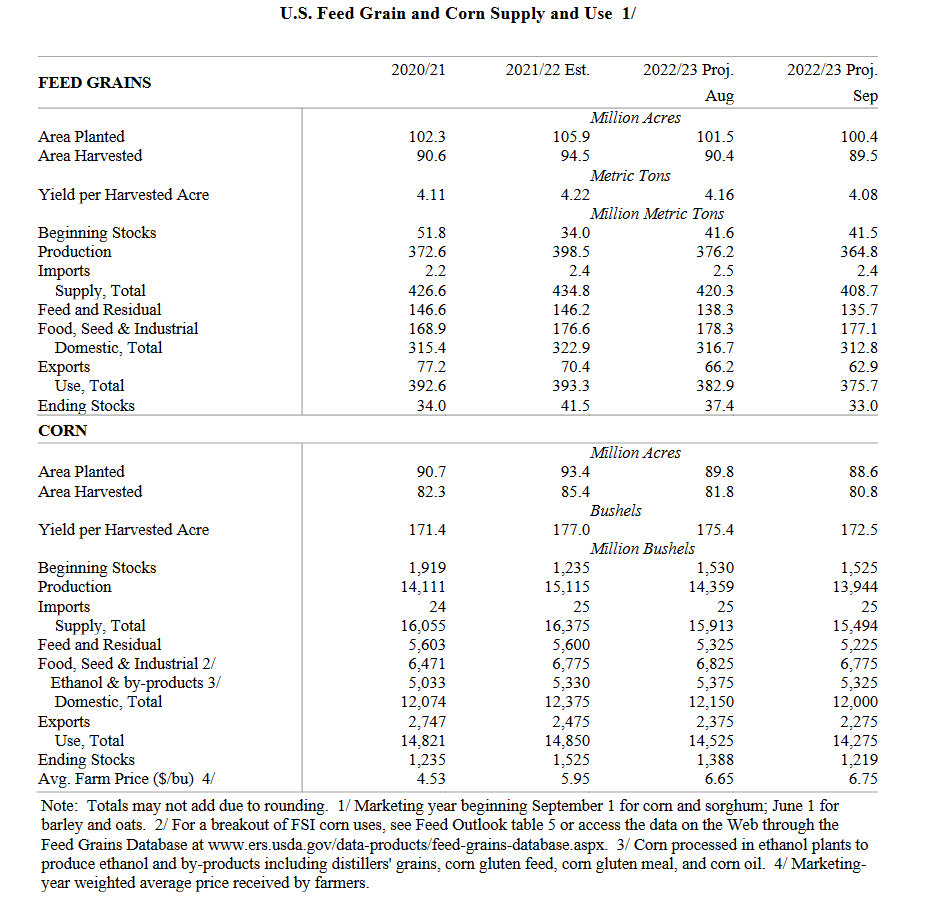 Soybean meal beginning stocks were left unchanged, production was reduced by 500,000 tons, imports increased by 150,000 tons, and exports reduced by 300,000 tons for a net decrease in projected ending stocks for the 2022/23 marketing year of 50,000 tons. There was no change in the estimated season average price of soybean meal at $390 per ton, which would be $50 per ton less than the season average price of the 2021/22 marketing year. 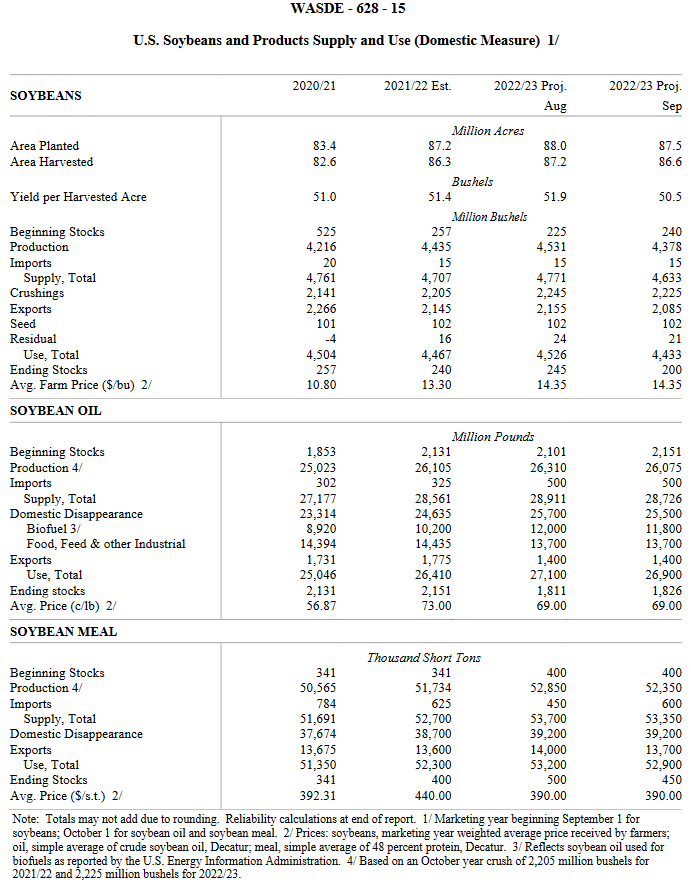 USDA increased foreign oilseed production by 2.8 million tons mainly due to higher estimates for sunflowerseed and soybean production in Ukraine and higher rapeseed production in Australia. Ukraine’s soybean production is raised on higher area. Rapeseed production for Australia is raised on recent beneficial rainfall improving yield prospects. Higher exports of sunflowerseed and rapeseed from Ukraine and Australia are in line with higher EU imports. EU soybean imports are lowered with higher supplies of other oilseeds. China soybean imports for 2022/23 are lowered 1.0 million tons to 97 million. Global soybean ending stocks at 98.9 million tons are down 2.5 million mainly on lower U.S. and China stocks.

The milk production forecasts for 2022 and 2023 are lowered from last month. Milk cow numbers are reduced, reflecting the average July 2022 cow number reported in the recent Milk Production report. Slower growth in cow numbers is carried through late 2022 and is expected to carry into 2023. Output-per-cow is forecast to increase at a slightly more rapid pace in 2022 but the forecast for 2023 is unchanged.

Fat and skim-solids basis imports for 2022 and 2023 are raised, largely driven by recent trade data and higher expected imports of cheese throughout the forecast period. Exports for both years are raised on expectations of stronger whey, lactose, and cheese exports, which are projected to be price competitive.

For 2022, forecasts for butter prices and nonfat dry milk (NDM) are raised slightly on current price strength, but cheese and whey prices are unchanged. Both Class III and Class IV prices are raised, reflecting changes in their component values. For 2023, forecasts for butter and NDM are raised on tighter supplies, cheese is lowered slightly, while whey prices are unchanged. The Class III price is unchanged while the Class IV price forecast is raised on higher butter prices. The 2022 all milk price forecast is raised to $25.45 per cwt and the 2023 all milk price is raised to $22.70 per cwt. 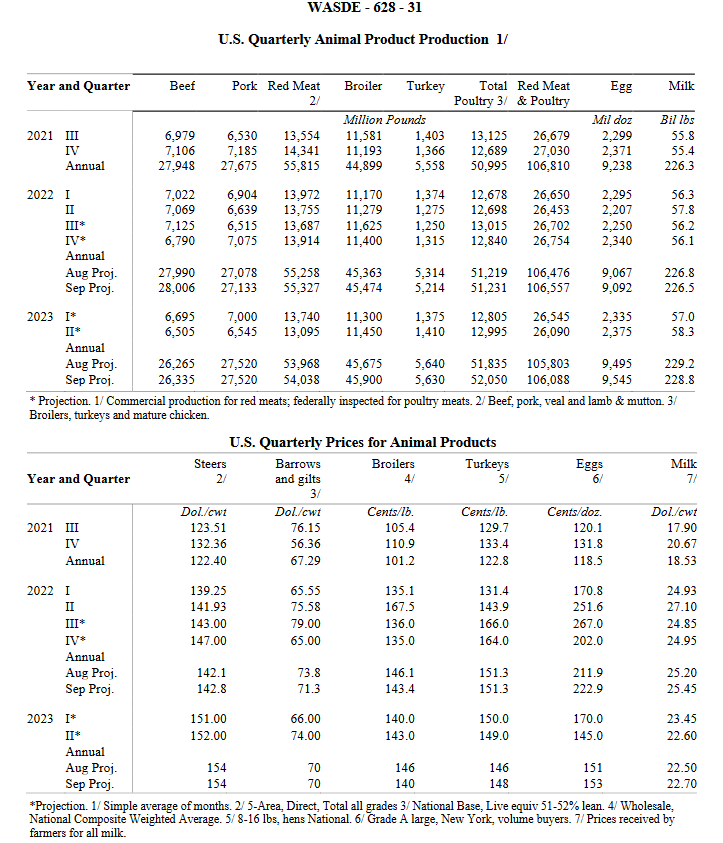