The Federal Reserve raised interest rates again on December 14, 2022.  In total the Fed has raised interest rates seven times in 2022. These increases are shown in Table 1. The prime credit rate, the short-term rate banks charge their best customers, began the year at 0.25%. Rate increases began in March and now the primary credit rate sits at 4.5% up 4.25 percentage points from January 2022. 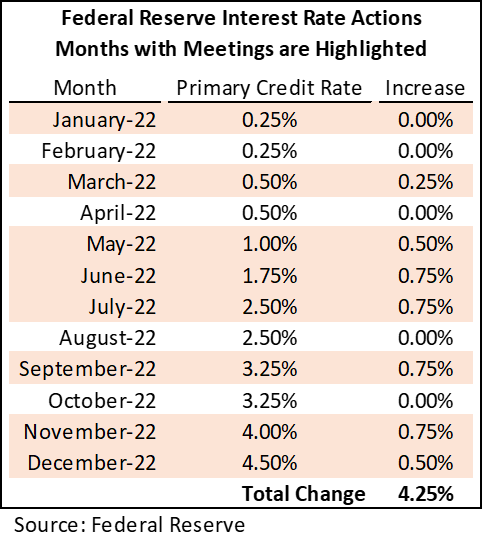 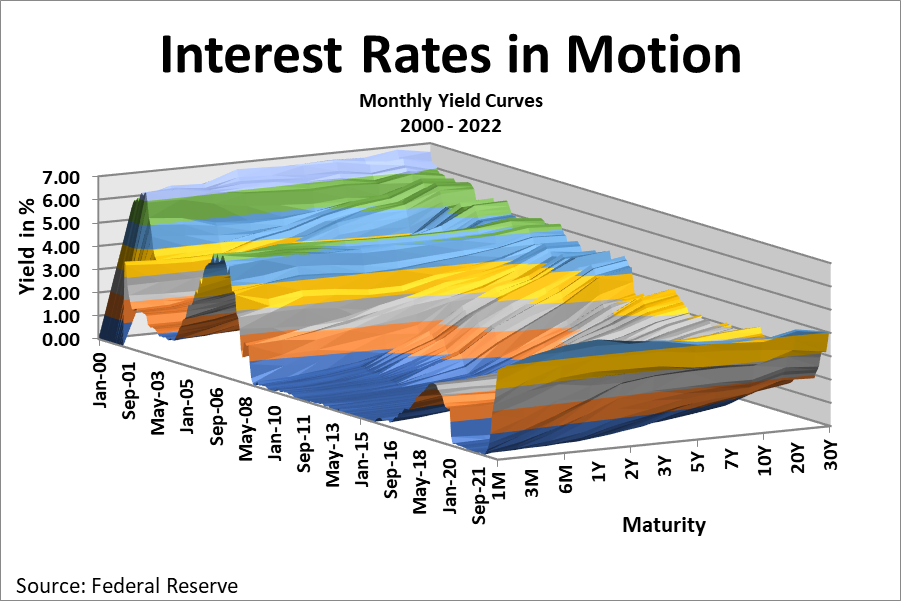 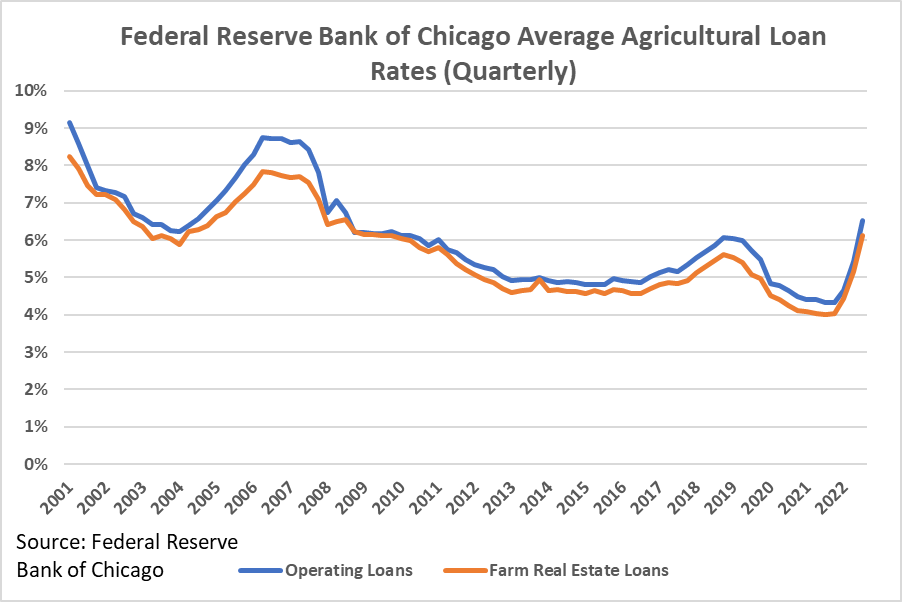 The USDA Farm Service Agency receives funding from Congress to administer the farm loans. FSA loans typically have favorable interest rates and terms as these loans are given to those who cannot obtain commercial credit. The goal of FSA loans is to have producers graduate to commercial credit. FSA rates have also increased substantially over the last year (Figure 3). Operating loan rates increased from 2.0% in December 2021 to 5.125% in December 2022. Similarly, direct farm ownership has increased from 2.875% a year ago to 5.0% now in December 2022. 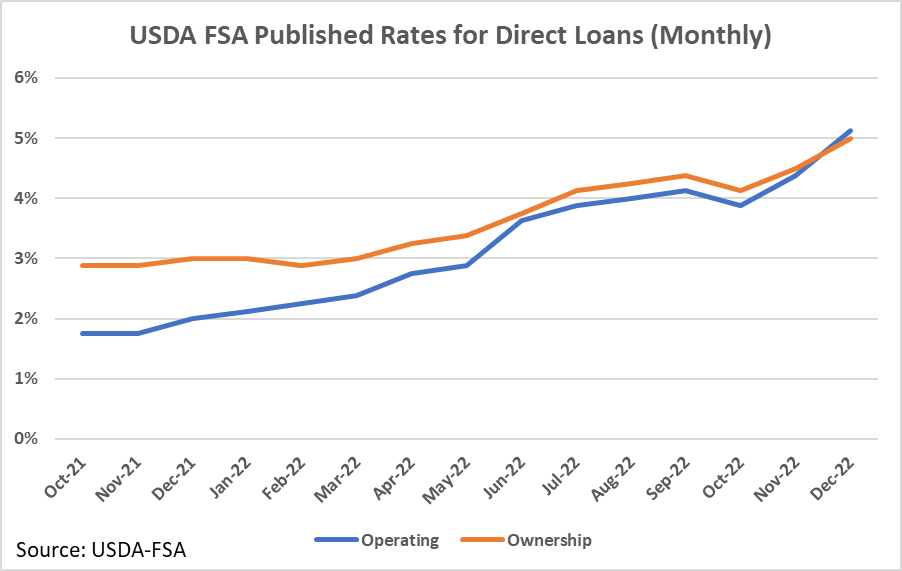 One financial ratio to monitor during periods of increasing interest rates is the interest expense ratio. This ratio measures how much of an operation’s revenue or sales is used to pay interest expenses. Ideally this ratio would be under 5%, while a value over 10% could make an operation vulnerable to failure (Table 2).

Usually, this ratio does not get very high for the whole farm economy. The 1980s were an exception. Figure 4 shows the whole farm economy interest expense ratio for Iowa and U.S. This ratio exceeded 10% for much of the 1980s as rapidly rising interest rates and high debt levels combined to raise interest expenses. The 2022 forecast shows these ratios have not increased much in 2022 to the “caution” or “vulnerable” ranges but these ranges will be monitored heading into 2023. 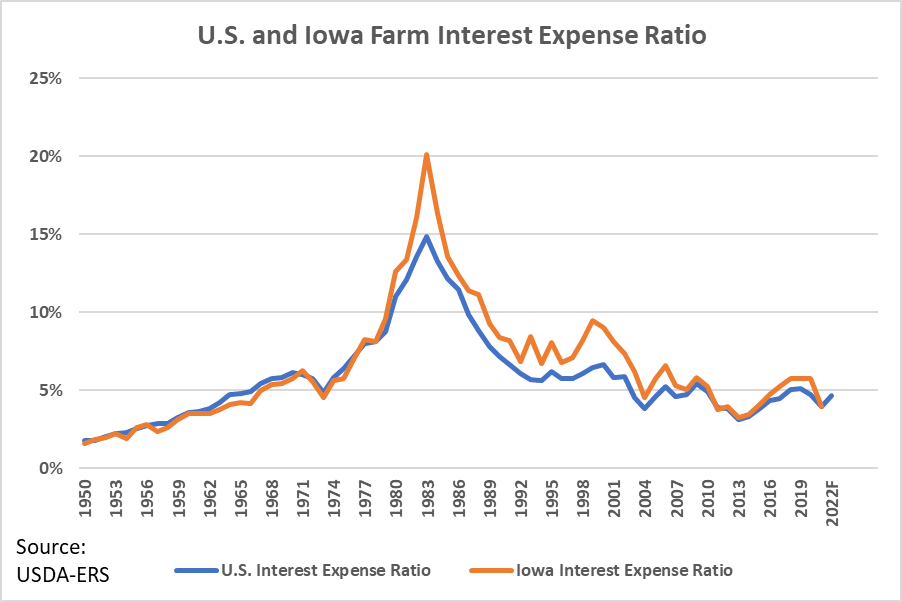 An example of the effect of rising interest rates on operating costs is shown in Table 3. Consider 4 scenarios of a farm with various levels of borrowed operating capital: 0%, 25%, 50%, and 75%. For simplicity, the example in Table 3 has no other money borrowed other than the operating loan. 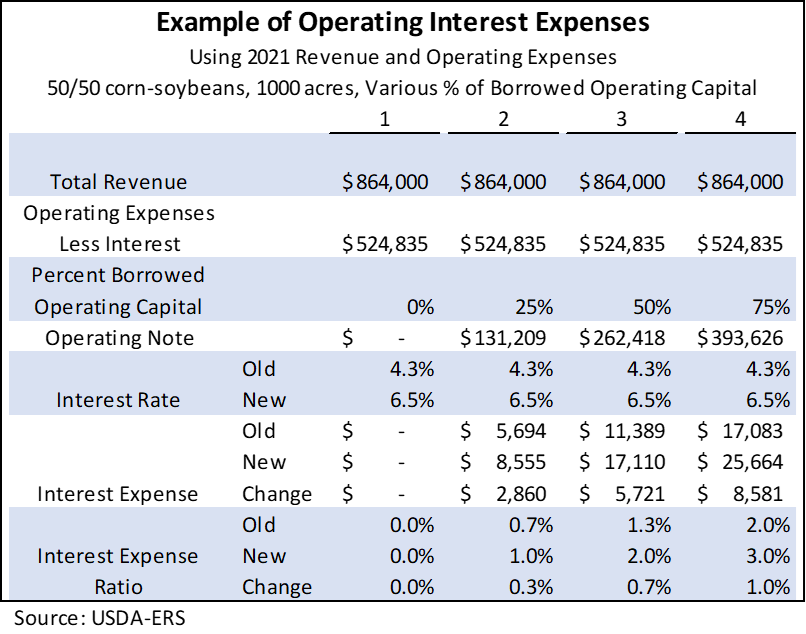 Besides the fact that interest rates are increasing, prices for most inputs are also increasing. This will have a double negative impact on some farmers who borrow operating capital. First, they will have to borrow more due to higher costs for inputs. Second, they will have to pay more interest on what they borrow. Table 4 provides the same example as Table 3, but has operating expenses increase in the new year, rising by 30% compared to the old year. The rise in costs effects the interest expense of all farmers who borrow money, but the combined effect of higher input costs and interest rates has large effects on farmers who borrow more. Scenario 2 has an increase in interest expenses of about $5,500 and a change in their interest rate expense ratio of 0.6 percentage points. Again, in Scenario 4 these changes are much larger, these numbers increase to $16,000 and 1.9 percentage points respectively. 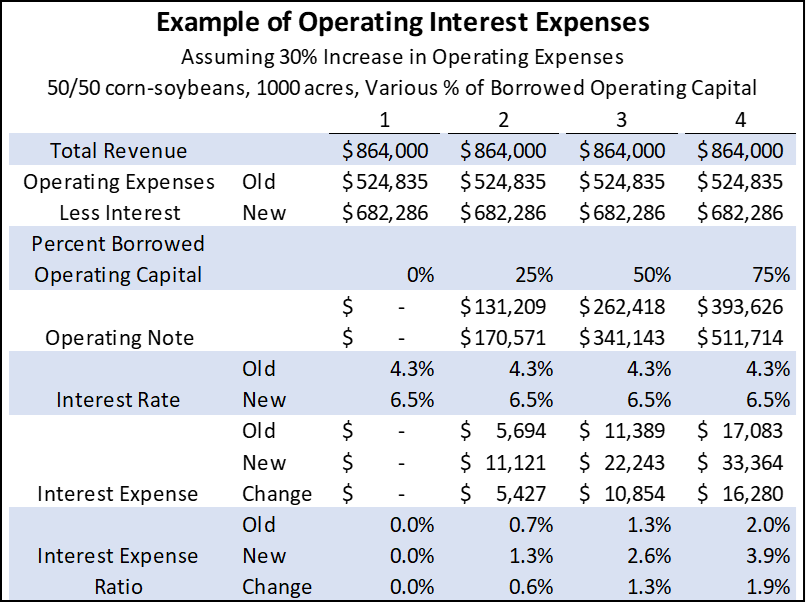 Table 5 shows an example of a $1,000,000, 30-year loan at various interest rates. Interest payments on long-term loans vary over time, with more interest and less principle paid earlier in the loan to keep total payments equal over the whole loan. For comparison to Table 3 and Table 4, an average annual interest expense is used to calculate an interest expense ratio with the same annual revenue as the example farm in to Table 3 and Table 4. Any of these ratios can be added to the ratios of the scenarios above to approximate the total farm interest expense ratio with the operating loan and the $1,000,000 long-term loan.