Cropland Value Rankings In the Midwest and U.S. 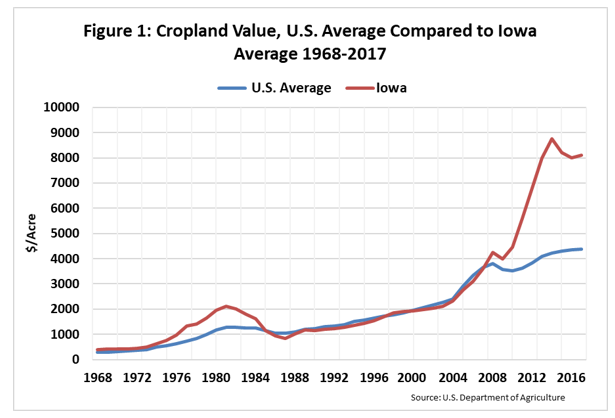 With these historic increases in Iowa cropland values, there has also been a clear decrease in recent years (see Figures 1 & 2). Cropland values peaked in 2014 at $8,750/acre and have since decreased. Since 2014 the rate of decrease has been, on average, $215/acre year over year. Additionally, in the last two years these prices seem to hover around $8,000. 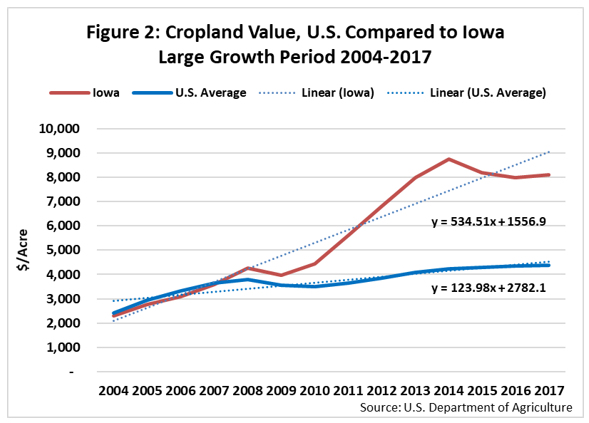