He also grows pumpkins and “vegetables from A to Z,” and he’s part of a community supported agriculture (CSA) exchange that allows locals to buy seasonal produce from his farm.

Typical? Pumpkins and vegetables? Well, maybe some of his crops aren’t common in Iowa (although Iowa agriculture is actually much more diverse than you might imagine), but the way that Matt grows them and his motivation for doing so put him in good company. They also explain why he’ll be named to the America Needs Farmers Wall of Honor at Kinnick Stadium this weekend.

Like most farmers I know (and I know quite a few – having grown up on a farm and now working for Iowa’s largest grassroots farm organization for the past decade), Matt has two feet planted in his local community, one eye on a growing world population, and the other one on sustainability. His heart’s with his family and the legacy they’re building together.

Even without the physically impossible Twister metaphor, you get what I’m saying: farming attracts men and women who believe that their work, and the way they go about it, should enrich those around them.

And that’s exactly why we need more farmers like Matt.

What’s great about locally-grown food is that it feeds our neighbors and strengthens our connection with them (since the average American is now at least three generations removed from the farm). It also provides more opportunities for beginning farmers. In case you haven’t heard, land isn’t cheap, and it’s not easy to get started in farming these days.

The benefit of conventional, technology-driven crop and livestock farming is that it reaches people around the country and across the globe, while creating efficiency that has allowed U.S. agriculture to grow its production by 270 percent over the past 70 years without significantly increasing the use of resources like land, fertilizers, chemicals and energy. That’s especially important now, when experts estimate that we’ll need to double agricultural output through productivity growth to feed a world population of nearly 10 billion in 2050. 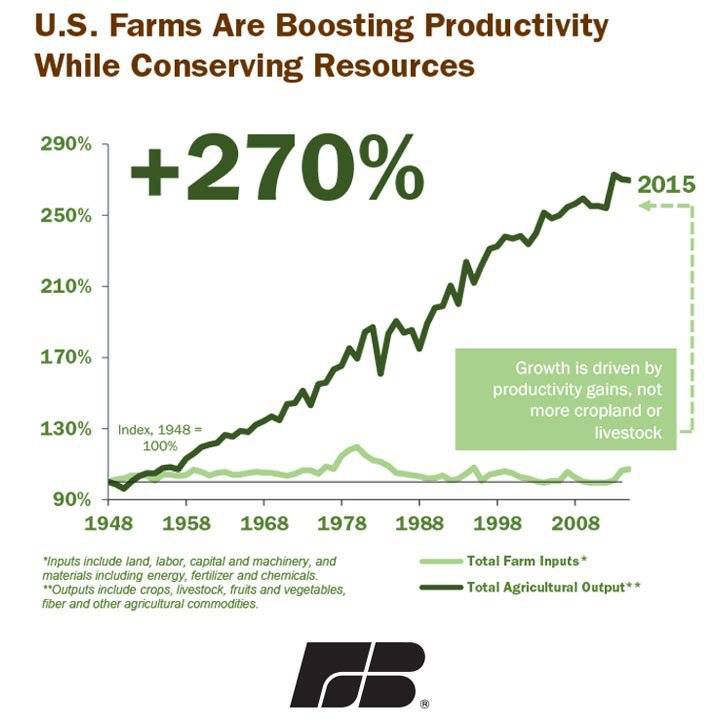 That doesn’t mean we should expect less.

If we want to meet the farmer who grew our vegetables and ask him or her about how those vegetables were grown, we should be able to do that (especially here in Iowa). And if we want to encourage farmers to employ the kind of technology that allows them to feed more people and shrink their environmental footprint, we should be able to do that as well.

Luckily, we have those choices right now, thanks to typical farmers like Matt Kroul.

Want to hear more from ANF Wall of Honor inductee, Matt Kroul? Check out our latest episode of The Spokesman Speaks podcast below.