Listening and learning about a great opportunity for Iowa 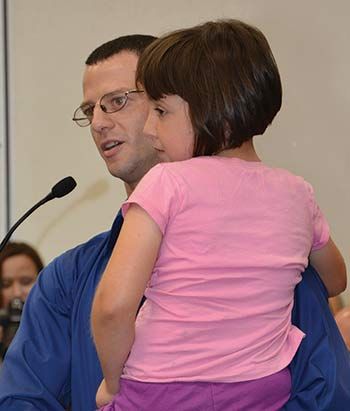 Over the years, I’ve been to a lot of public hearings about Iowa livestock projects. But I’ve never been to one quite as open and informative as last week’s hearing about the proposed Prestage Foods pork processing plant in Wright County.

The Wright County Board of Supervisors, led by chairman Stan Watne, made sure that local residents got a fair chance to express their support or concerns about the project. Yet, it was a civil and informative meeting, with none of the shouting, threats or finger pointing that I’ve often witnessed at similar gatherings.

The supervisors made sure they heard first from Wright County residents, who will be most affected by the proposed Prestage plant. Then people from neighboring counties got a chance to speak. Everyone got the same two-minute allotment to voice their opinions.

The supervisors also kept the hearing from going past the scheduled two hours so that everyone who signed up had an opportunity to speak.

The majority of speakers at the hearing expressed support for the project. The plant, they said, will create more than 900 good jobs, increase tax revenues and boost local demand for hogs and crops. They also cited North Carolina-based Prestage as a good corporate citizen that has raised hogs in Iowa for more than a decade.

But what really stood out for me was the openness of the discussions surrounding the Prestage plant, and the eagerness of local and company officials to answer questions.

Several citizens did raise questions. They inquired about whether area water supplies were adequate, if county roads could handle increased truck traffic, or if potential environmental issues had been considered. Others asked if the new pork plant would boost costs for local schools or put stress on law enforcement.

Board chair Watne made sure to address each question civilly and immediately. He stopped the hearing to ask the experts—company officials, the county engineer, the sheriff or a local school superintendent—to address issues raised by speakers.

Citizens from Wright and neighboring counties have other chances to speak about the Prestage project plant this week and next. If last week’s meeting was the template, speakers will get their questions and concerns addressed, and it will be done thoroughly in a civil and neighborly atmosphere—the Iowa way.