On the supply side, corn production was reduced 200 million bushels. This reduction was a result of a reduction in harvested acres. Drought, especially in the plains states likely contributed to the acreage reduction through more failed acres and abandonment than expected.

Corn exports will be important to monitor moving forward. Using previous years’ sales data and the annual WASDE corn export estimate, weekly corn export sales were projected (Figure 1). Even with the reduced export estimate, corn export sales are still behind projections. The high dollar index and high shipping costs on the Mississippi at the beginning of the marketing year likely contributed to this year’s slow start to export sales. Barge rates on the river have come down paving the way for increases in export shipments from the Gulf during late winter and into spring.

Higher than expected sales during some of the months remaining in this marketing year will be needed to meet the export estimate. If exports continue to lag expectations, corn prices could face some downward pressure in the future. Prices for petroleum-based products could also factor in to future demand for ethanol. The current estimated use of corn for ethanol is for about a 1% reduction compared to the prior marketing year. If fuel prices stay near where they currently are, the projection seems in line, but if crude oil and gasoline prices start to move higher (say back above $90 crude), then the ethanol production numbers could increase compared to the current estimates. 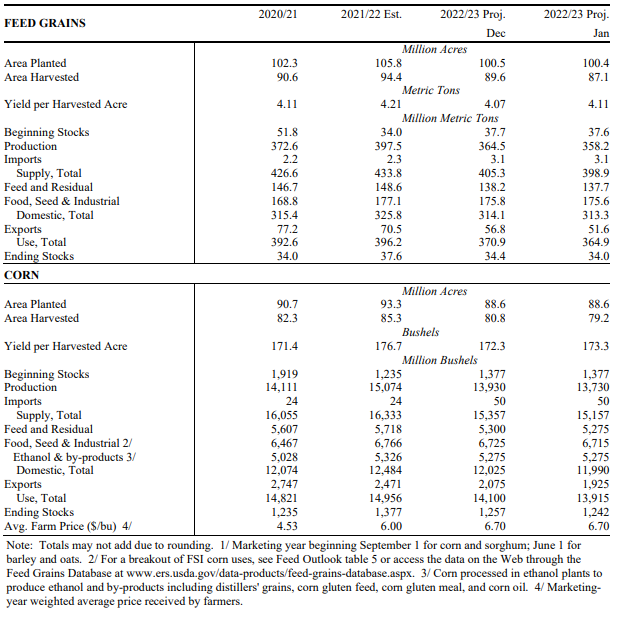 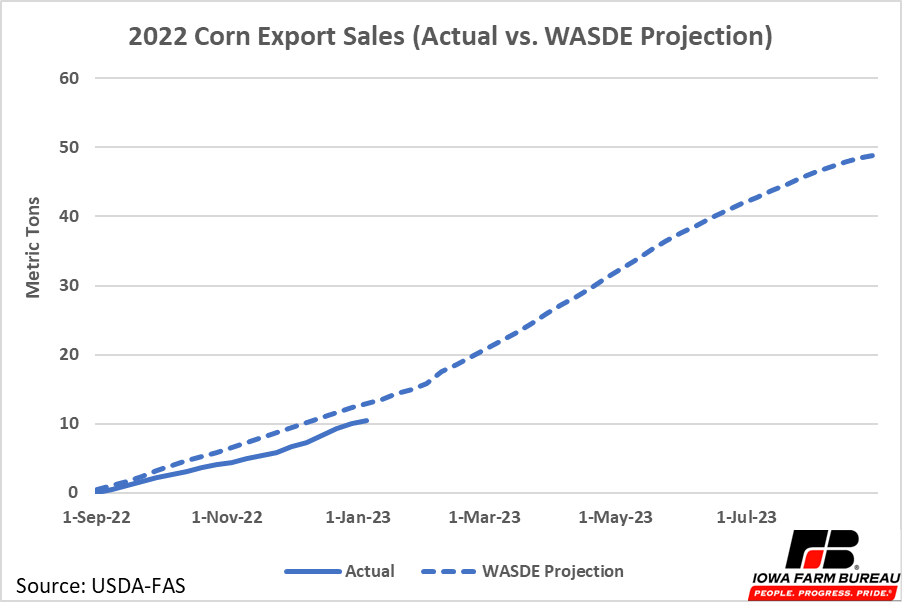 On the demand side, total use was reduced 60 million bushels. The bulk of the reduction was due to reduced export forecasts as crush and seed use was unchanged and residual use was only slightly reduced.

Like corn, the soybean export estimate was also adjusted down. Figure 2 shows projected soybean exports based on historical sales and expected annual exports. Soybean export sales also had a slower than usual start to the year. However, the reduction in expected exports, and stronger sales over the past few weeks, put soybeans on track to meet the current export estimate.

Soybean crush rate is the other variable to watch in the coming months. While a spike in soybean oil prices such as was seen last year is not expected to happen in 2023, if there is strength in the crude oil and/or diesel fuel prices, then crushing for soybean oil could provide an upward boost to soybean demand and soybean prices. 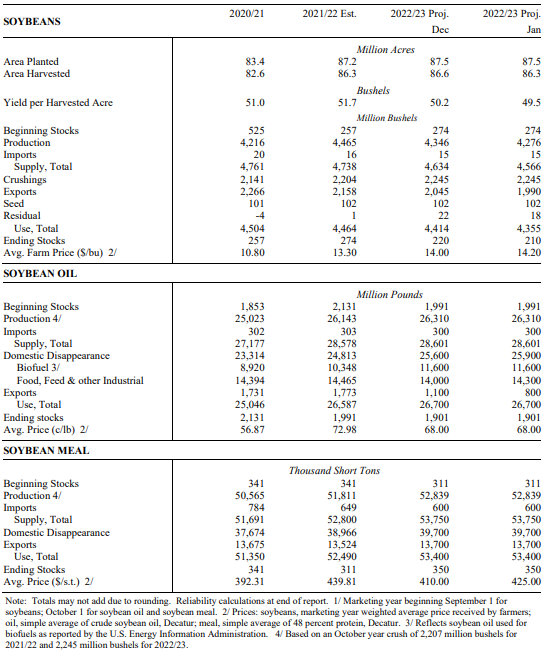 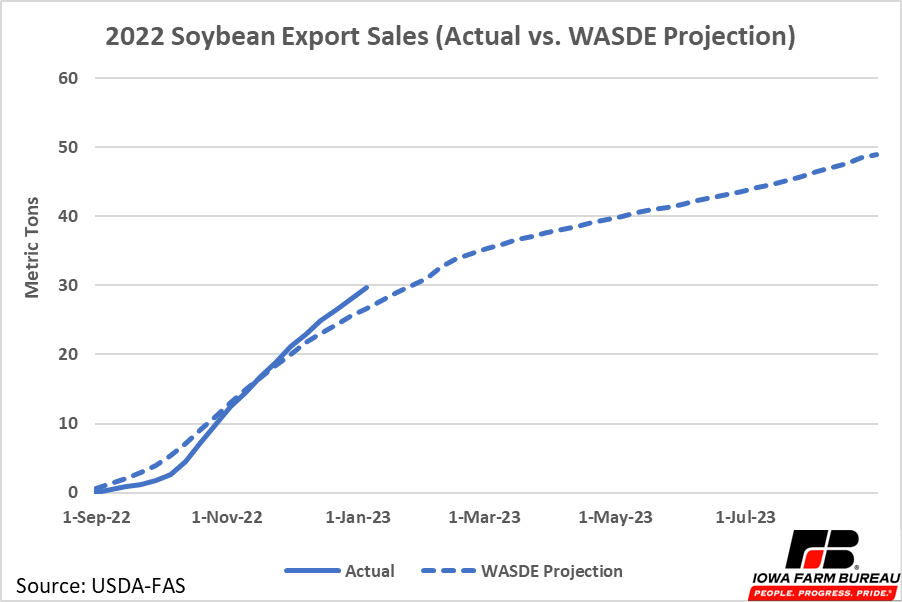