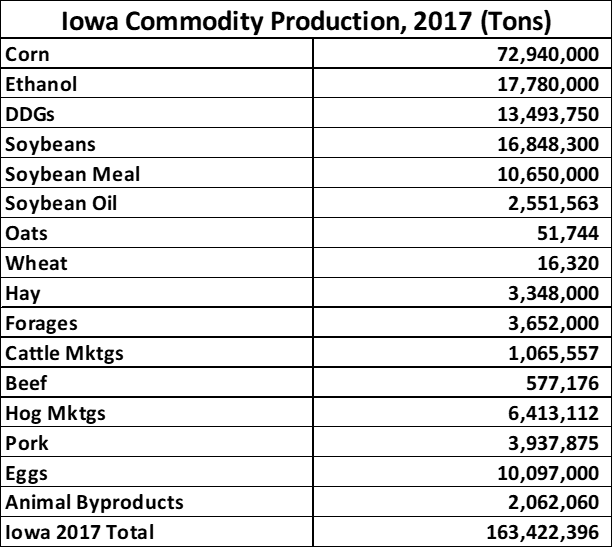 The Bureau of Transportation in conjunction with the U.S. Census Bureau and the Department of Commerce conducts a survey every 5 years on the movement of products from designated sub-areas to designated sub-areas of the United States. The survey is the primary source of national and subnational level data on domestic freight shipments by establishments in mining, manufacturing, wholesale, auxiliaries, and selected retail and services trade industries located in the 50 states and the District of Columbia. Data are provided on the type, origin and destination, value, weight, modes of transportation, distance shipped, and ton-miles of commodities shipped. The CFS is conducted every 5 years as part of the Economic Census. It provides estimates of national freight flows for all modes of transportation and is the only publicly available source of commodity flow data for the truck mode. The CFS was conducted in 1993, 1997, 2002, 2007, 2012, and 2017 but the 2017 data was the first to be published on the internet.

The CFS categorizes goods based on Standard Classification of Transported Goods (SCTG) codes. While there are more than 40 codes for classification of goods, the ones in Table 2 highlight the codes that cover agricultural-related goods.

Table 3. Summary of Out-Shipments of Ag Products from Iowa (Tons) 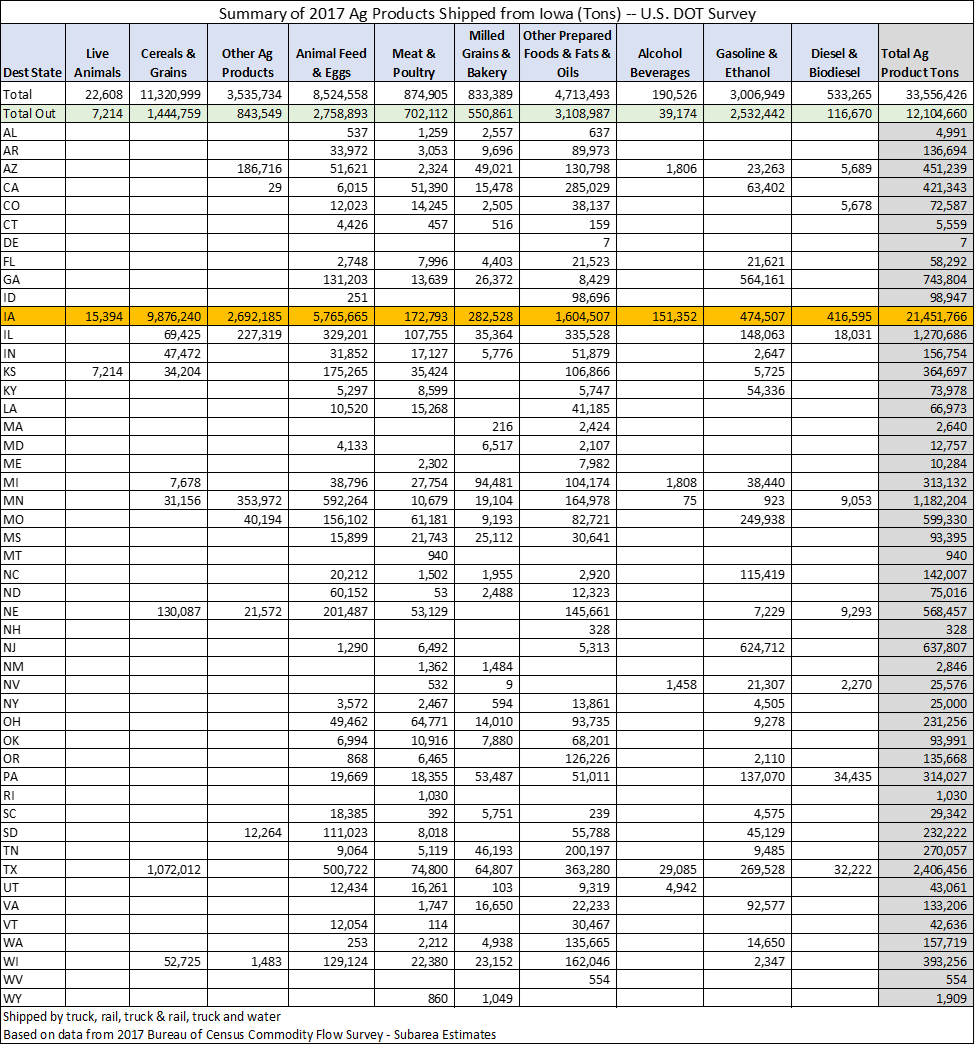 DIS has estimated the in-state and out-of-state flows for 15 commodities produced in Iowa. Table 4 shows the flows of commodities that stay in Iowa, as well as flows to nearby states, other states, and to export points in the Gulf and in the Pacific Northwest (PNW). This data is based on production and flows in 2020. DIS estimates that in 2020 a total of 130.6 million tons were produced of these 15 commodities. Of that production, corn is the leading commodity with more than 73 million tons produced. It is followed by production of soybeans, ethanol, soybean meal, hogs, milk and fed cattle.