Earlier this month, I had an opportunity to travel to Japan with 128 other Iowa Farm Bureau members. Our travel around the world to Tokyo and Iowa’s sister state of Yamanashi was filled with new experiences.  As different as Japan is from the Iowa countryside, we share many similar values with the people.  One of the most profound similarities that struck a chord with me was the value the Japanese place on their land.

Japan has over 120 million people and at one time was close to 130 million.  The islands that comprise the country are mainly mountainous and forests, with less than 13% of all land used for farming.  They utilize every foot of land to be as productive as it can be, whether it is for urban purposes or agriculture activities.  Land is a scarce resource. 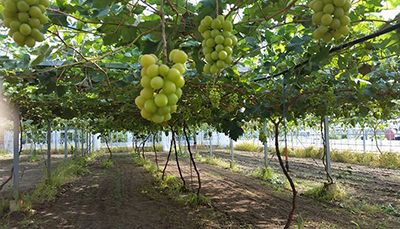 The Yamanashi area is one of central Japan’s most valuable agricultural areas.  The area hosts some of the nation’s best peach orchards.  It also is home to the growing wine industry with many vineyards as well as greenhouses producing grapes (pictured).  The area is very proud of its sweet corn production, with fields that can be found in nearly every direction and along most roads.  The sweet corn is probably only second to the rice paddy fields that dot the countryside.  The fields and gardens are numerous, but the size of each is small; any single field that’s an acre or larger is very uncommon.  Home yard and open lots are used to grow food as well.  We visited a peach orchard where the trees surrounded the nearby homes right to the front step. 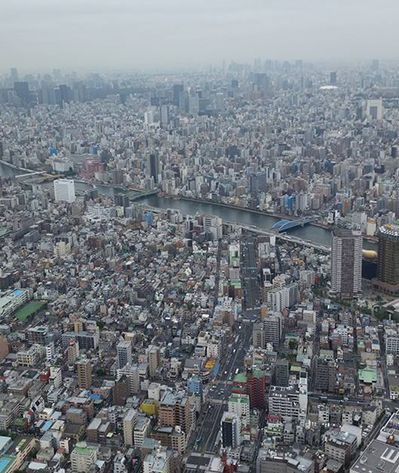 Tokyo’s landscape (pictured) is filled with hundreds of skyscrapers, making it one of the most vertical urban centers in the world.  The dense population lives in small apartments, many with just a single room.  Most people travel using the public transportation system.  Those who want to drive must first prove they have parking space before purchasing a car.  Homes and businesses are built right up to the edge of the sidewalks or streets.  The cramped city couldn’t be further from our Iowa landscape, including most of the Des Moines metro.

Despite these differences, we learned that Iowans actually share quite a few similarities with the Japanese (including neighborly hospitality – a fish market vendor wearing an ISU t-shirt sought me out with a big hug and greeting after seeing my Iowa State shirt; no words were needed), but none were as impactful as the sense of work ethic and the need to care for and preserve the land.   Japanese farmers have the same challenge of producing food to meet the demands and preferences of urban centers. They also are faced with a host of environmental concerns, such as protecting their water through nutrient management plans. It was comforting to know that we, as Iowa farmers, have neighbors on the other side of the world who share our challenges and a passion for feeding people and caring for the land.  We may be worlds apart, but we’re more alike than you’d guess at first glance.

By Brian Feldpausch. Brian is President of the Grundy County Farm Bureau. 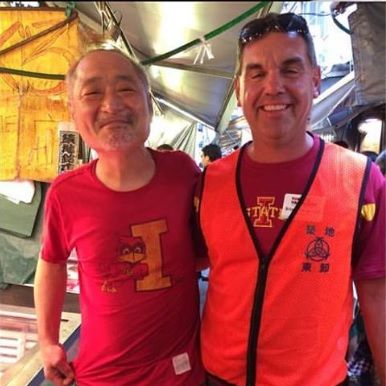 Caption: No words were needed when I met a fellow Cyclone fan at the Tsukiji Fish Market in Tokyo. 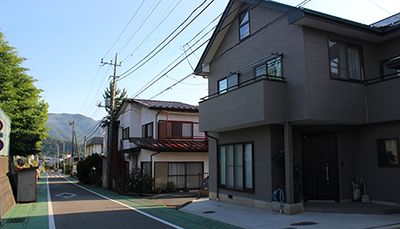 Caption: Sidewalks were virtually non-existent in many of the places we visited. 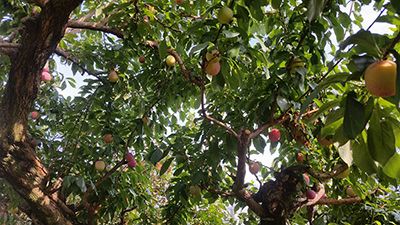 Caption: The Yamanashi area hosts some of the nation’s best peach orchards.