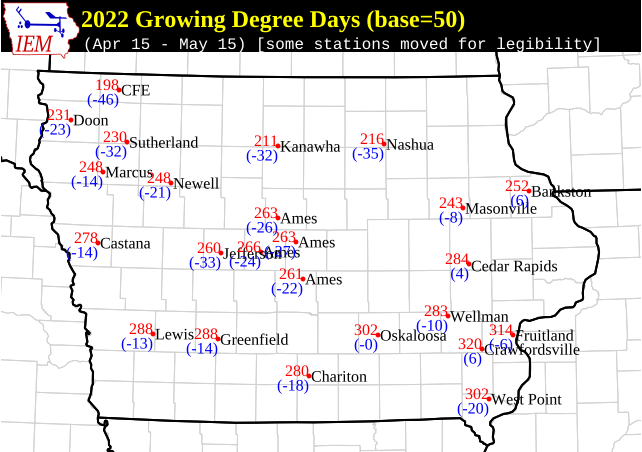 Iowa’s crop season got off to a slow start. From April 15th to May 15th, pretty much all of Iowa was below normal in accumulated growing degree days with northwest Iowa lagging the furthest behind normal (Figure 1). Ocheyedan (CFE) was 46 GDDs behind normal. Chariton was 18 GDDs below normal. 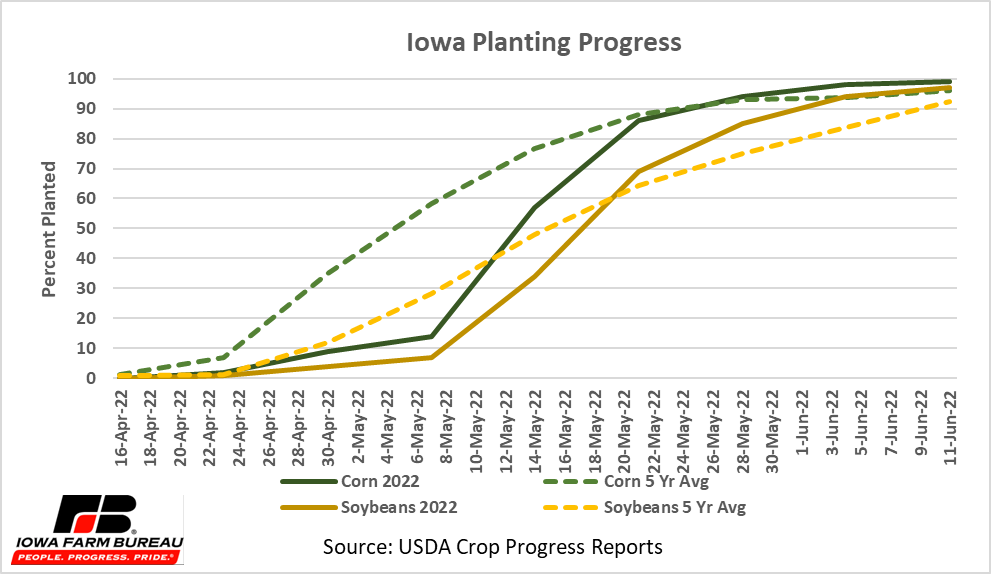 Corn planting in Iowa is normally 50% completed by about May 4th.  This year, only 14% of the Iowa corn crop was planted by May 7th (Figure 2).  Wet, cold soils kept the planters out of the fields.  Over the next two weeks, corn planters rolled across Iowa.  By May 21st, USDA estimated that 86% of Iowa corn had been planted and by May 28th, Iowa was actually slightly ahead of normal planting progress with 94% of the corn planting accomplished.

Soybean planting in Iowa was also slow to start with only 7% of the seed in the ground by May 7th but 69% done by May 21st and 85% completed by May 28th, a full 10 percentage points ahead of the 5-year average (Figure 2). 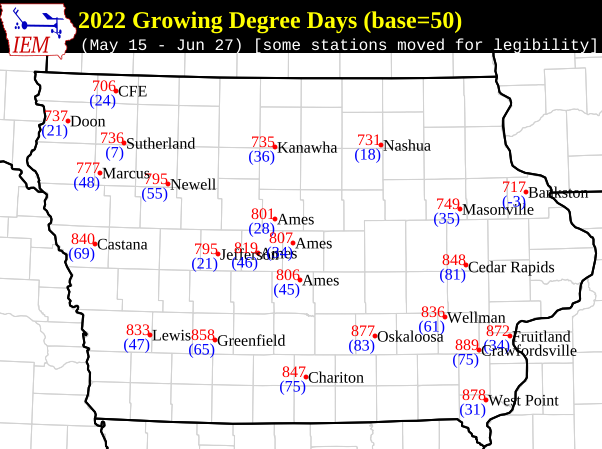 Since May 15th, the warmer weather has prevailed in Iowa and nearly all reporting stations are now showing more GDDs than average for that period (Figure 3). Chariton accumulated 847 GDDs during the period of May 15 – June 27th, 75 GDDs more than normal for that period. Ocheyedan (CFE on the map) accumulated 706 GDDs from May 15th – June 27th, 23 GDDs more than normal. 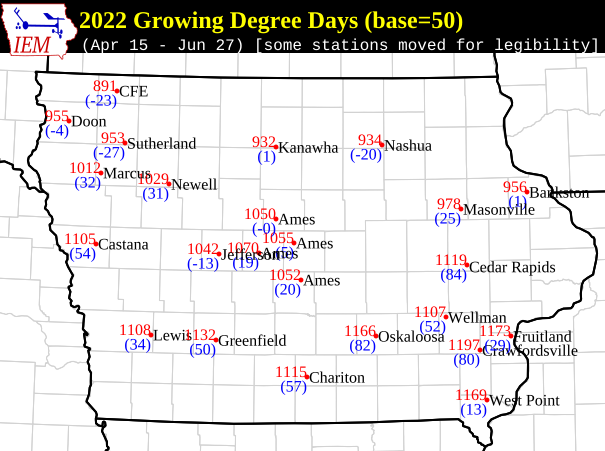 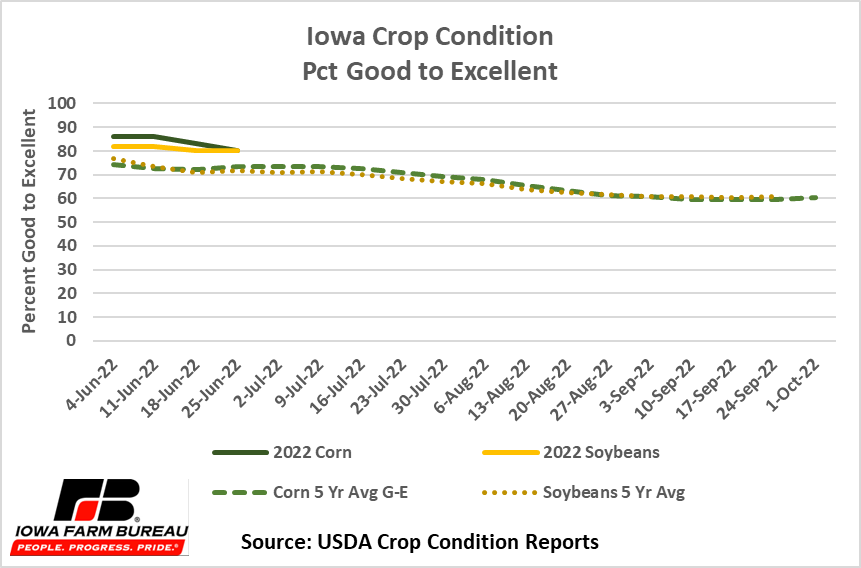 Despite the delays in the start of planting, the Iowa corn and soybean crops are off to an overall great start.  In the most recent weekly crop condition report, 80% of the Iowa corn was rated “Good to Excellent” and 80% of Iowa’s soybeans were rated “Good to Excellent.” This compares to a 5-year average rating for corn of 73% and a 5-year average for soybeans of 72% (Figure 5).