The USDA’s final crop production estimates for 2022 were released January 12, 2023. Both corn and soybean production came in below November estimates for the US and for Iowa (Table 1 and Table 2).

Table 1. 2022 US USDA Estimates for Corn and Soybeans

One of the biggest changes was to harvested corn acres, which were adjusted down 1.6 million acres from the November estimate. Figure 1 shows the change in 2022 harvested corn acres by state relative to November estimates. Generally, west of the Mississippi River, there were reductions in harvested acres and east of the Mississippi River there were increased harvested acres. Plains states that were most affected by drought saw the largest decrease in harvested corn acres. This combined with the fact that US yields increased, suggests the drought caused more failed acres than what was anticipated in November. Failed acres reduce the number of harvest acres and could increase the yield if acres that had poor yield projections were not harvested. 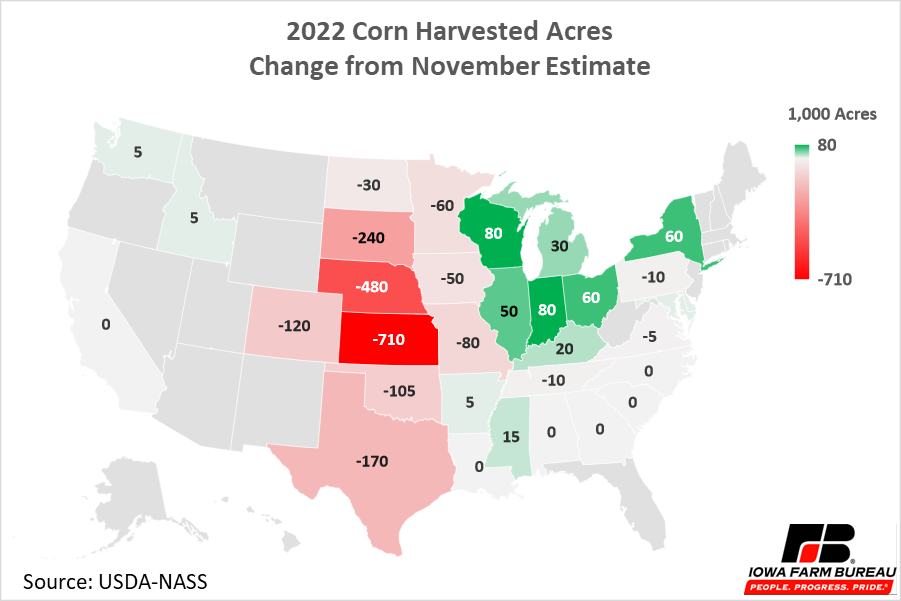 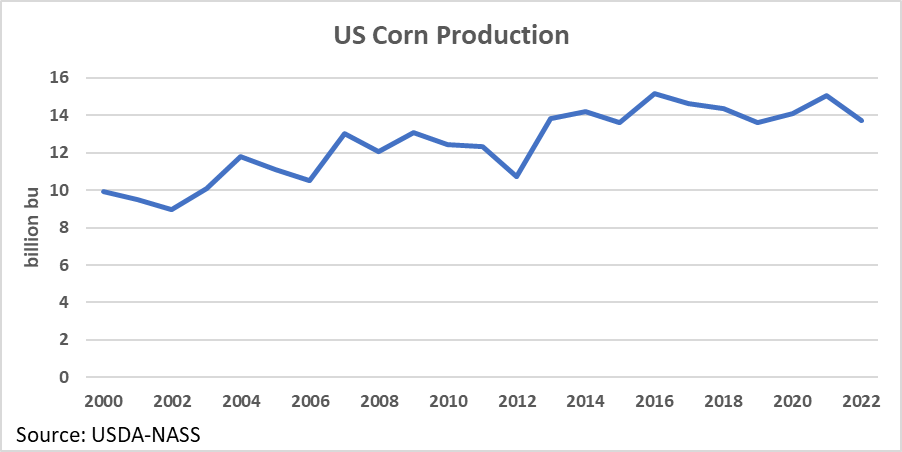 Many states, especially those in the great plains, battled drought throughout the year and finished the year with lower production relative to 2021. As mentioned above, the reduction in acres, had a large effect on total production in the plains state. Though other states in the corn belt that saw increased acres, saw reduced production as a result of reduced yields.

On the other hand, a few states saw increased production. Notably Minnesota and Illinois saw stronger yields which lead to higher production despite the total acres harvested falling in both states.

Arizona saw a large increase in production on a percentage basis, though Arizona is not a major corn producing state. Both yields and acres harvested were up significantly compared to 2021, which lead to large percentage increase. 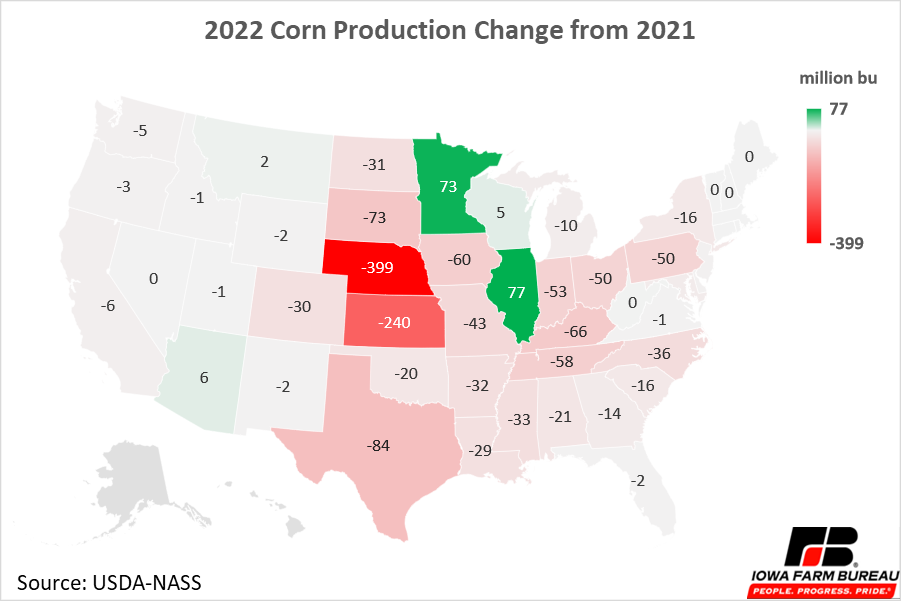 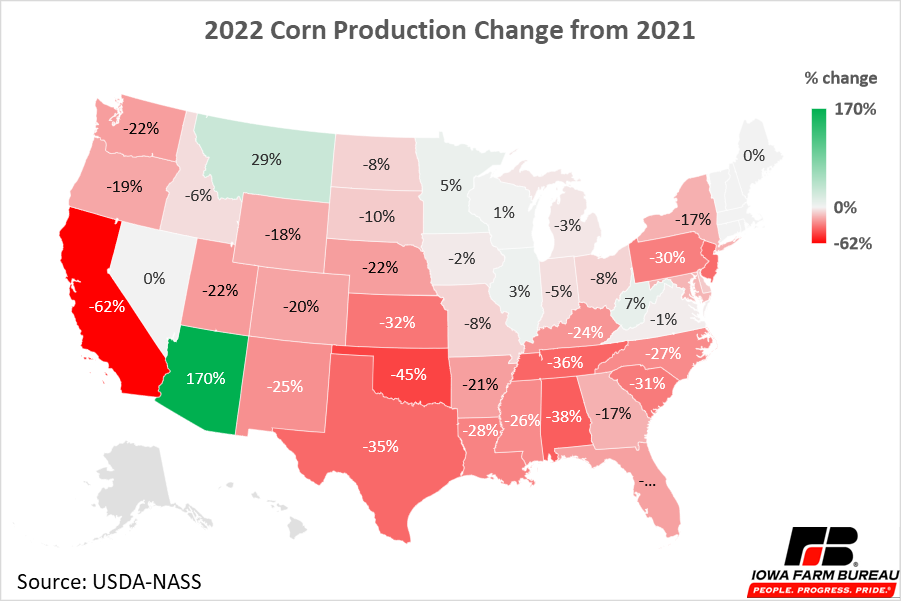 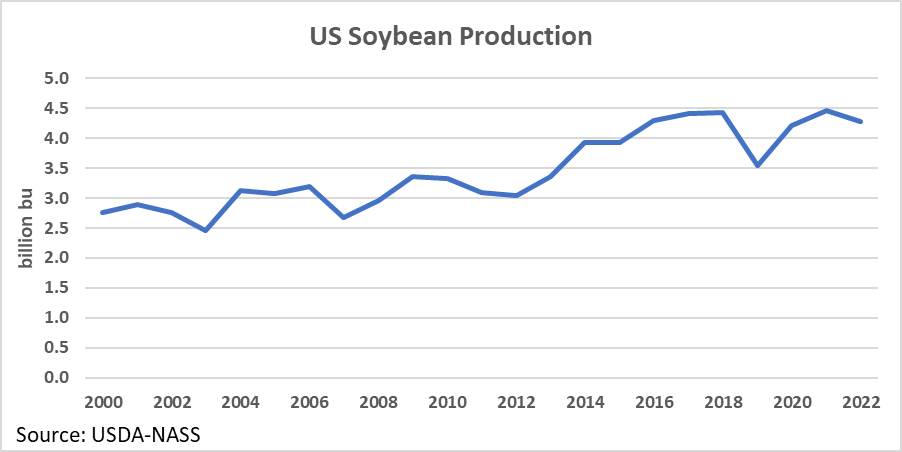 The plains states saw the largest reduction in production. This was likely a result of the drought mentioned earlier. Meanwhile, the southeast and far north saw production higher than a year ago.

Some states of interest include Minnesota and Illinois. Both were among the few states to see increased corn production. Minnesota saw increased soybean production despite fewer acres due to higher yields. Interestingly, while Illinois enjoyed higher corn yields, soybean yields declined. Increased soybean acres were not enough to overcome the yield decline in Illinois, leading to lower production. 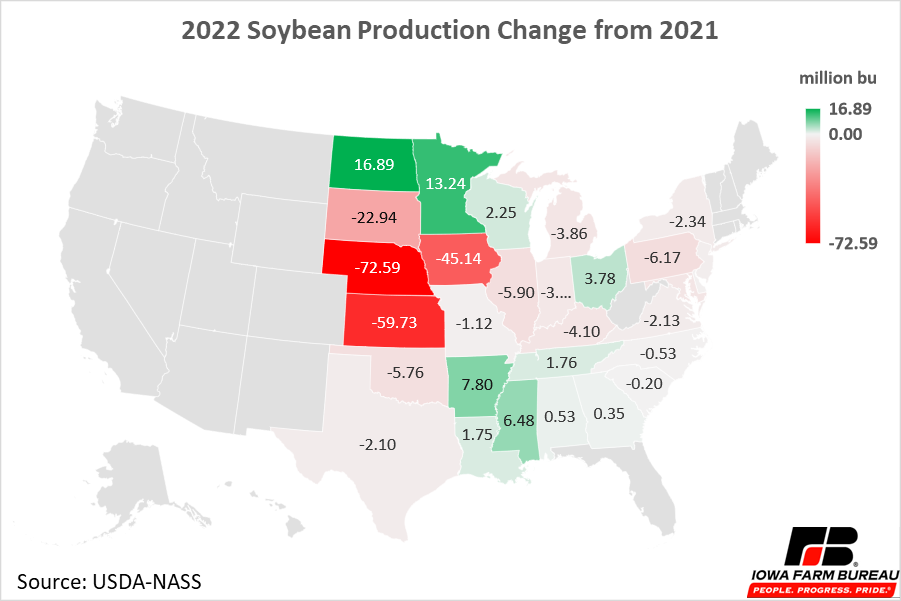 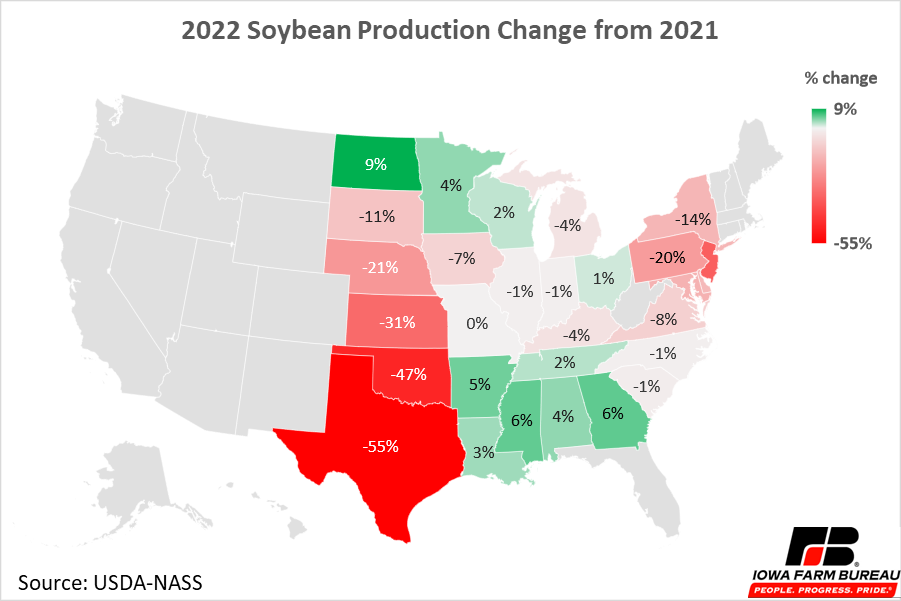