The second graph shows a comparison of GDD for a few years between 2012 and 2018 at various locations. As you can see, the 2018 Iowa average GDD totals were behind the other years early on, but have recently surpassed the GDD’s accumulated at this point in other recent years such as 2017, 2016, and 2014.

The map below shows the cumulative precipitation beginning in April for several locations across the state. Charles City currently has the highest total out of these locations, while Fairfield is estimated to have the least cumulative rainfall since April 1, 2018. As you can see, several of these locations haven’t had many significant rainfall events in recent weeks. The current drought monitor for Iowa is also shown below – as you can see, a few counties in southeast Iowa are suffering from moderate to severe drought as of July 19 th. 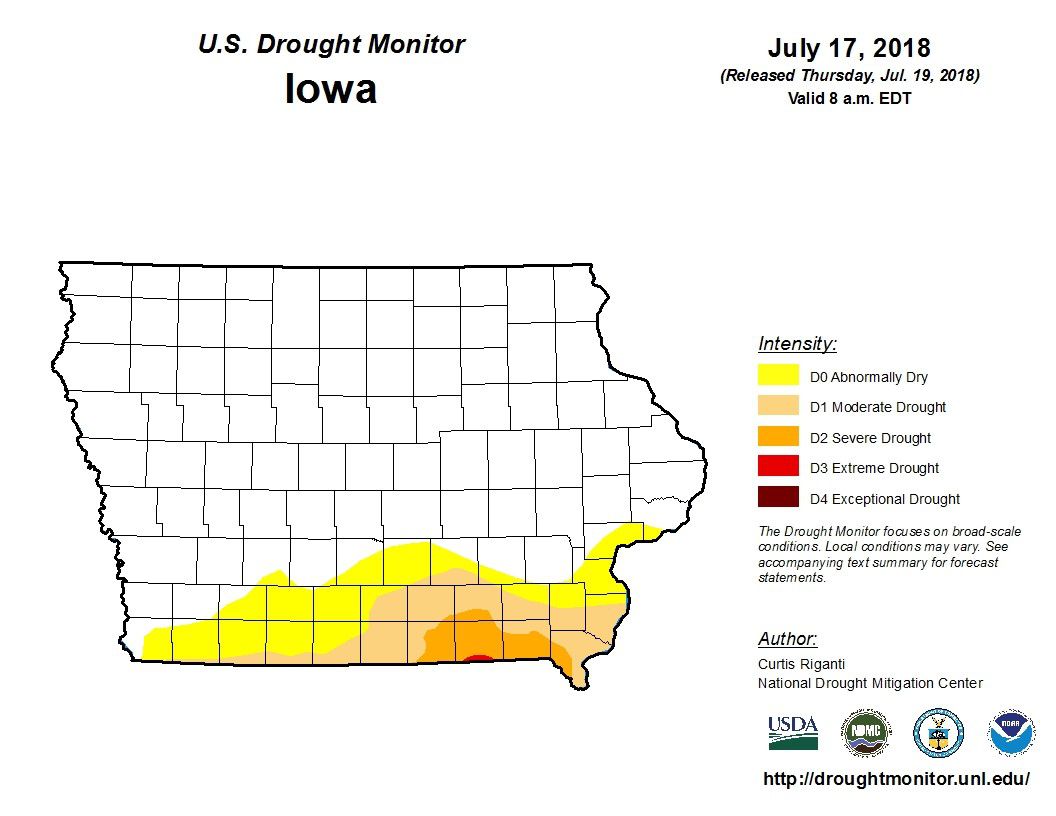