Iowa family’s heritage strengthened by determination and years of conservation

Sustainability may be a buzz word today, but it was alive and well last week at the Iowa Department of Agriculture and Iowa Farm Bureau’s Century and Heritage Farm Awards at the Iowa State Fair. Just ask the 103 families who were honored for having 150-year-old (or older) farms and another 320 families who received the Century Farm designation for owning the family farm 100 years or longer. Just thinking about those families and the sacrifices they must have made to keep those farms alive and growing is amazing.

I recently had the opportunity to talk to Wayne and Lisa Koehler of Charles City, new recipients of the Heritage Farm designation.

Their farm began when Wayne’s great-great grandfather traveled from Wisconsin to Iowa to purchase 350 acres. Unfortunately, he died before he could bring his family with him, but his wife moved to Iowa five years later in 1871, with her seven children.

My husband and I moved 3.5 miles, from one part of the city to another, and it took a village to load our belongings and move. I can’t imagine moving 150 miles with seven children between the ages of 22 and 7, and livestock.

During our visit, the Koehlers shared stories of their proud, rich history in the area. They remembered hearing stories of using horses to work the land, and for travel. Wayne’s father would tell him stories about the time the farm first had electricity and how machinery and equipment replaced horse power on the farm.

Wayne also told how his father was a leader in conservation in the area. He was one of the first farmers in the area to terrace his fields, Koehler said.

"People couldn’t understand the slope and the land and why you would do that," Koehler recalled. "He got a lot of grief about that."

But he continued investing in his land, and his son, Wayne, has been carrying on that farming and conservation tradition.

In 2006, Wayne and Lisa, together with their children, Michael, Nick and Alex, took a big leap in conservation practices. The Koehlers transitioned to no-till, planting soybeans into corn stubble.

"[Before switching to no-till] we saw erosion and damage after heavy rains and knew there had to be a way to improve," Wayne said.

By that time, his dad had died, and he was farming alone. He said the transition to no-till meant less labor, which was ideal for his farming situation.

Ten years later, Koehler has noticed some big differences. "We don’t see the washing of dirt and nutrients after heavy rain events."

Soil tests have revealed that the organic matter is increasing. "I have to think that no-till has something to do with that," he said. Wayne says he’s still learning, still trying to improve his land for the generations to come.

Koehler also soil samples his fields on a grid and applies his phosphorous and potassium at variable rates. GPS and auto-steer help guide him through the fields. Even a drone, which he won in a contest, is helping Koehler be more productive and precise on the farm.

What do the next 150 years hold for the Koehler farm? That’s unknown, but if the past 150 years are any indication, determination, innovation, conservation and sustainability will continue to play pivotal roles. 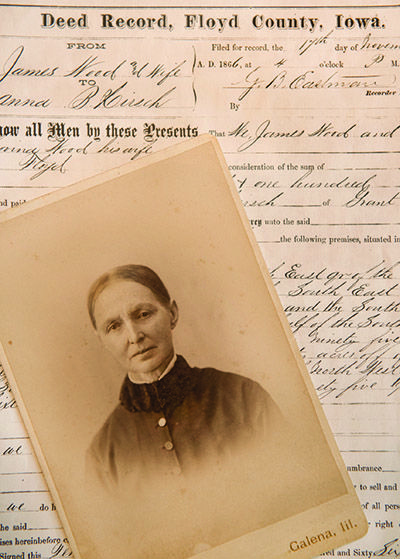 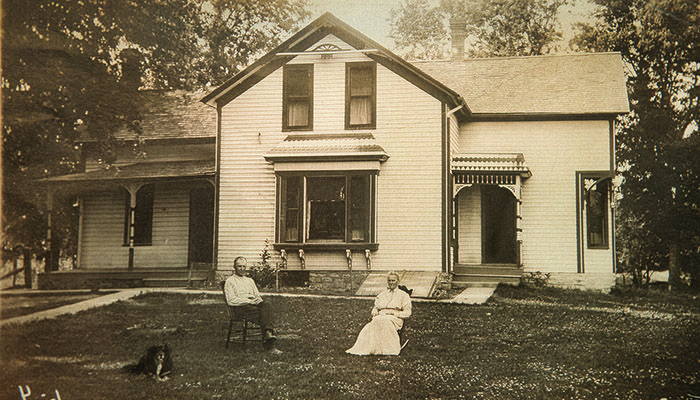 Caption: Wayne Koehler's great grandparents - M.A. (August) and Emma Hirsch - pictured in front of their 1920s era home on what is now the Koehler farm. The original home burned in December 1922. 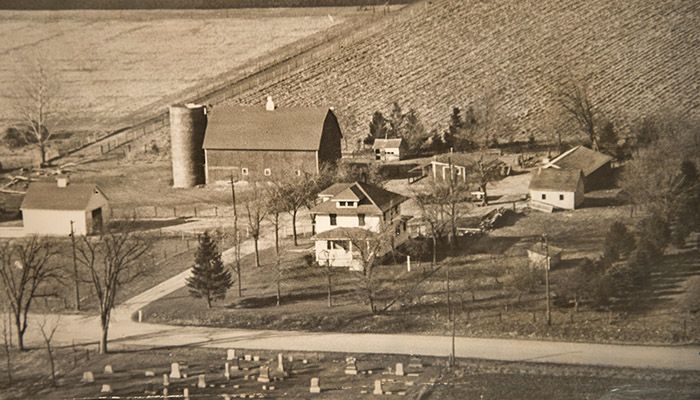 Caption: A photo of the Koehler farmstead in 1949. 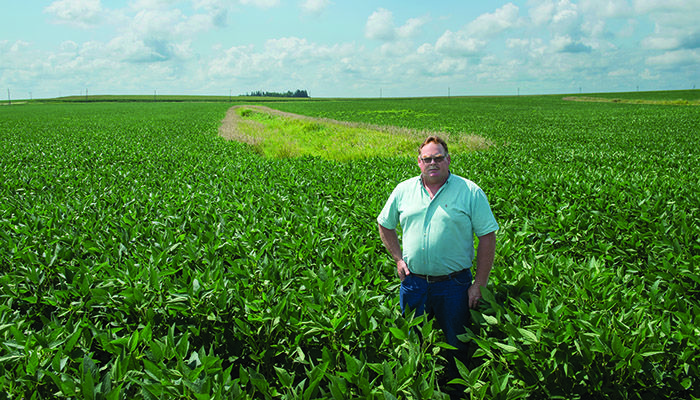 Caption: Wayne Koehler stands by one of the terraces his father began building in the 1970s as a way to reduce soil loss.