Iowa Regional Crop Use in 2021: Corn and Soybeans

Iowa is the top producer of corn in the nation and the second largest producer of soybeans, after Illinois. At the same time, several industries within the state depend on the production of these two crops, among them are the livestock and poultry industries and the renewable fuel industries, such as those producing ethanol and biodiesel. The production of these two crops contributes to Iowa’s position as the leader in pork, eggs, ethanol, and biodiesel production. This report presents the estimated volumes of these crops consumed by the different industries within Iowa at the county level in 2021, as well as, inflows and outflows of corn and soybeans into the state.

In 2021, Iowa produced 64.5 million metric tons (MT) of corn, at the same time, 15.0 million MT of corn were used to meet the state corn feed demand by the livestock and poultry industries. Sixty two percent of corn demand was due to corn for market hogs, while 20% of the corn demand was for cattle on feed. The top three counties in terms of corn demand for feed were Sioux (7.8%), Lyon (5.0%), and Washington (4.1%) counties (see Figure 1). 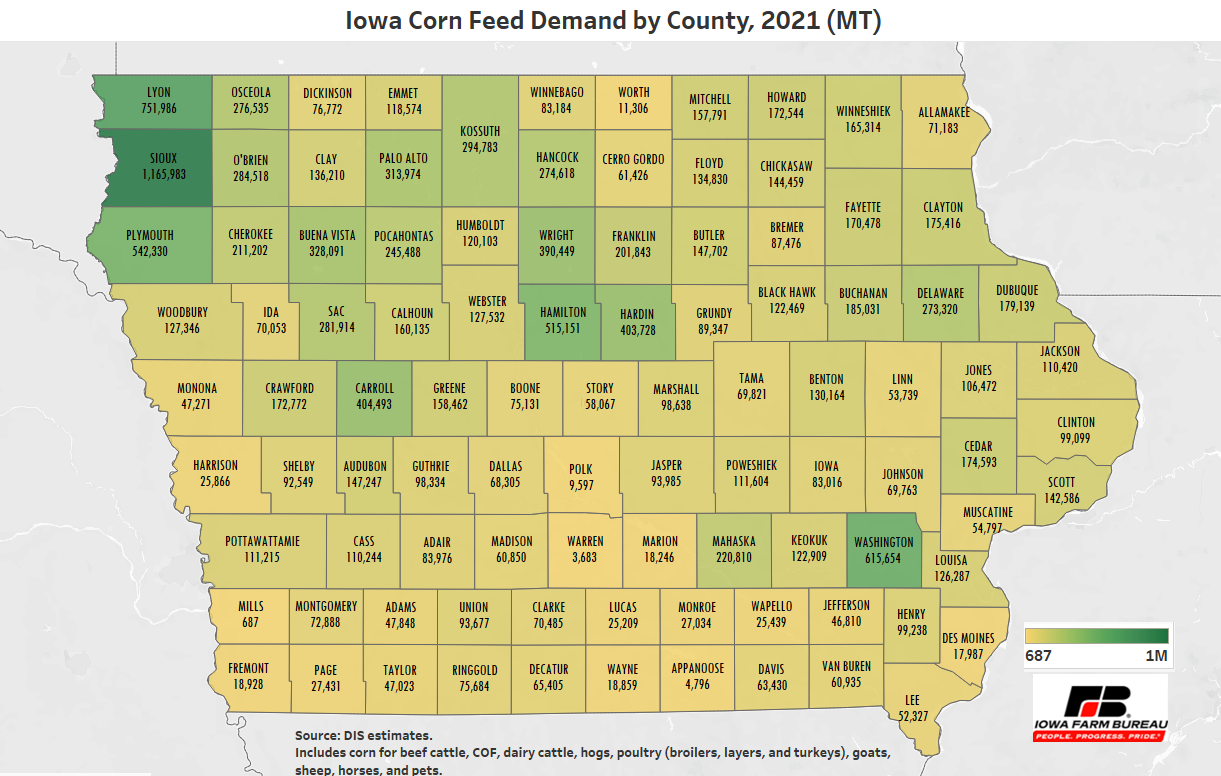 In addition, 39.1 million MT of corn were used to meet Iowa’s ethanol industry demand, with a capacity of 4.3 billion of gallons of ethanol per year. The volume of corn demanded by the ethanol industry in Iowa made up 60.6% of total corn production in the state in 2021. The demand for corn for ethanol was distributed among 35 counties in the state. Base on plant capacity installed in 2021, three of these counties made up 20.6% of total corn demand for ethanol: Webster (8.1), Linn (7.0%), and Clinton (5.5%) (see Figure 2). 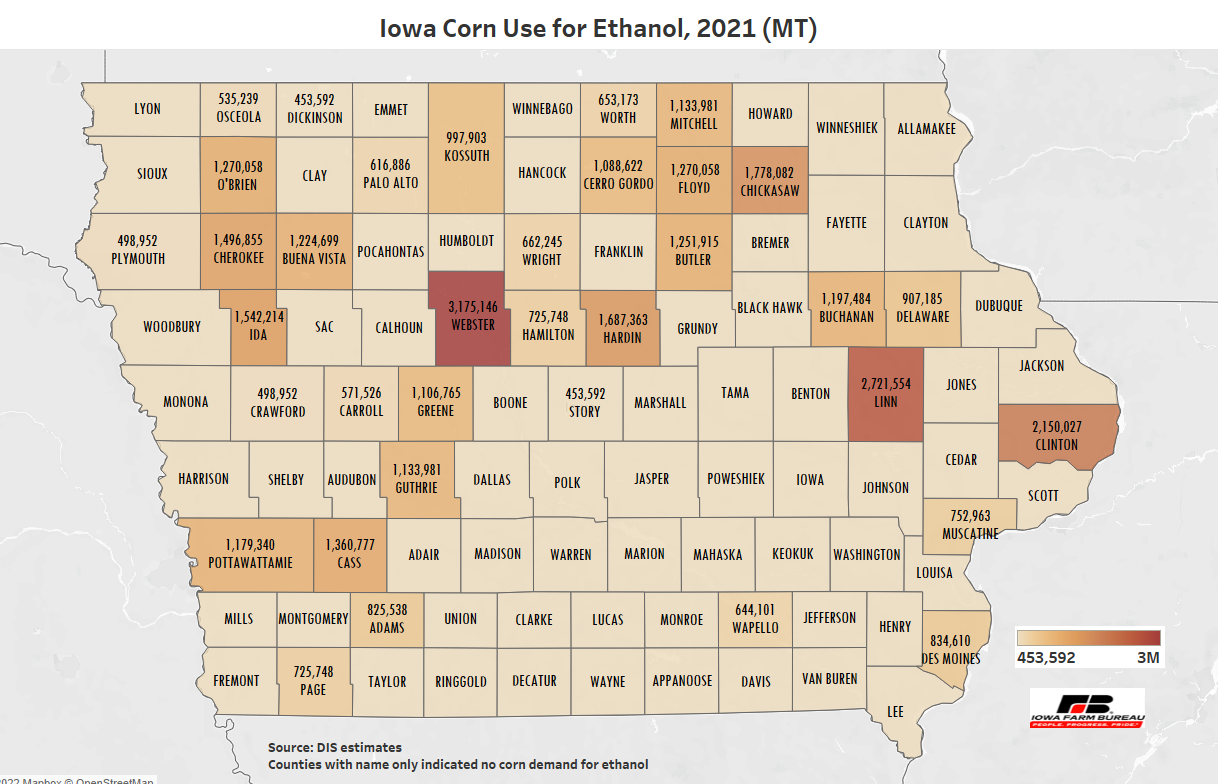 After meeting the corn demand for feed by the animal industry and for feedstock by the ethanol industry, and considering 2021 corn production, corn inflow into the state, as well as the use of corn for other purposes (non-ethanol), these estimates indicate Iowa was able to ship outside the state about 8.2 million MT of corn in 2021 (see Table 1). 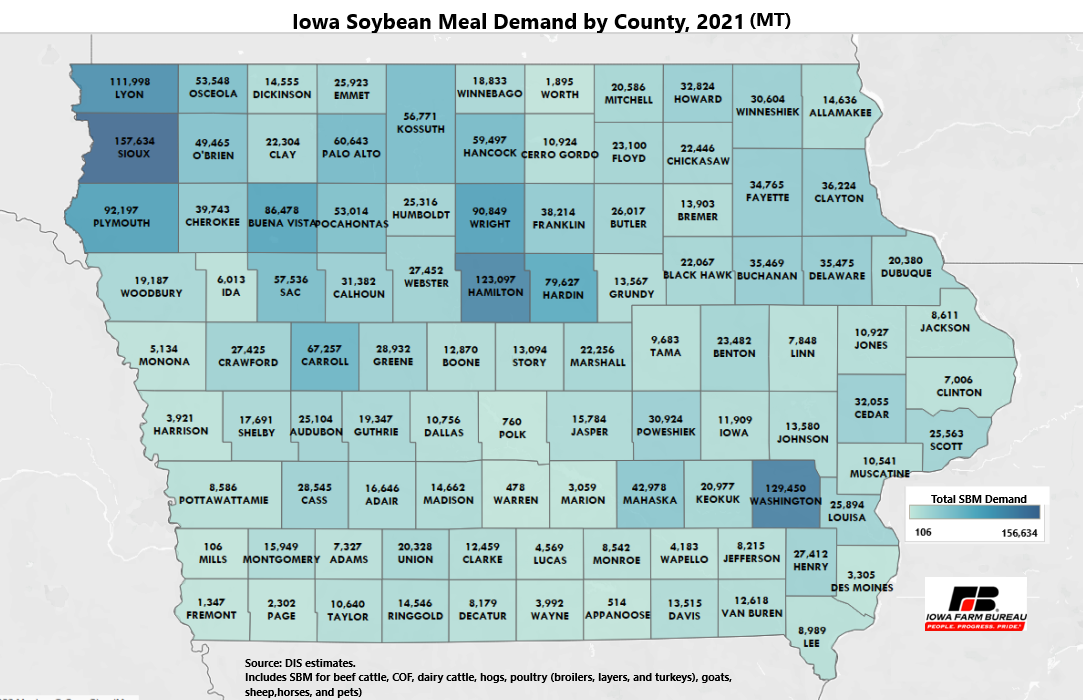 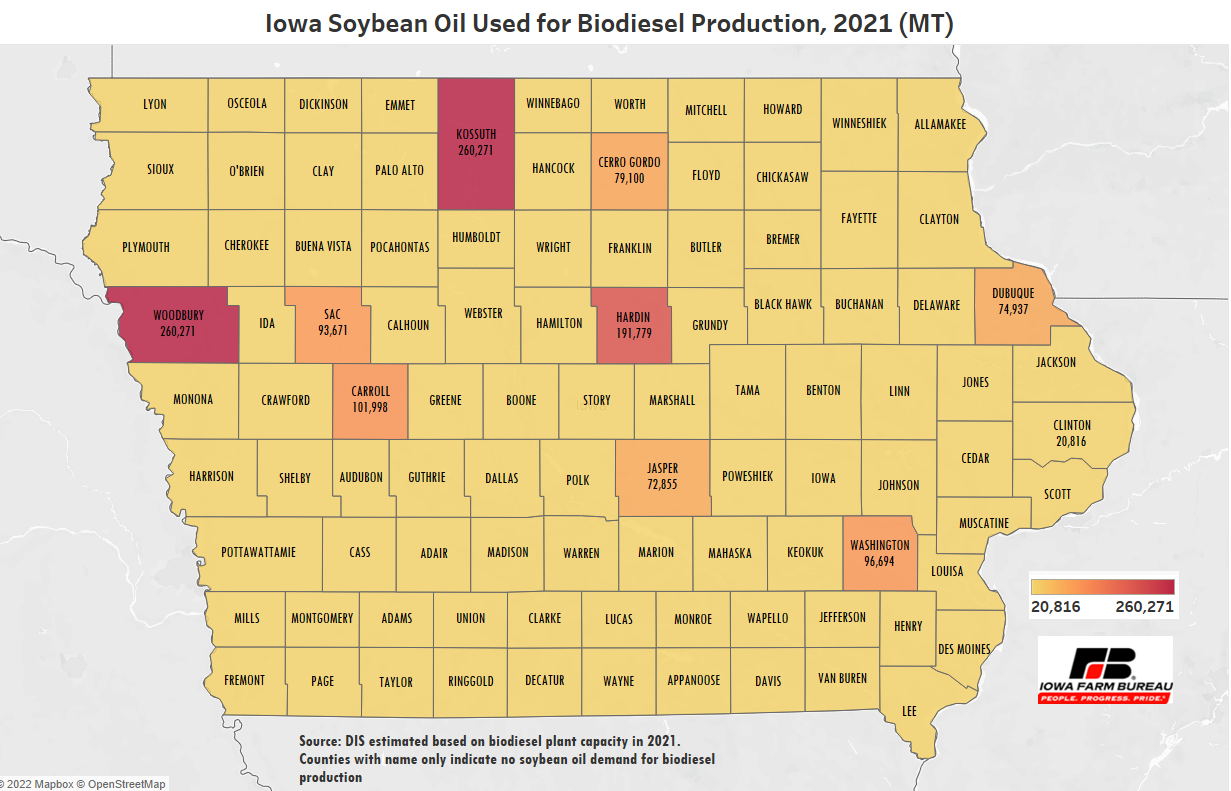