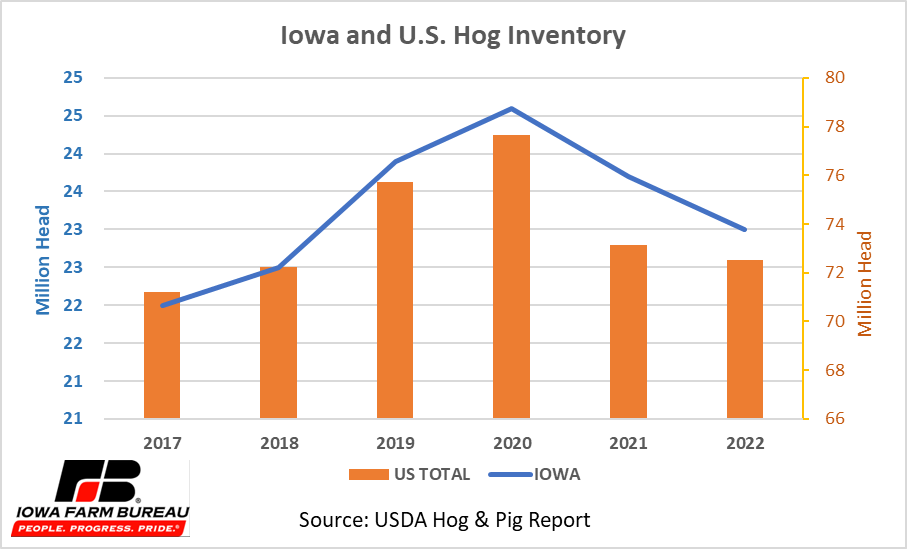 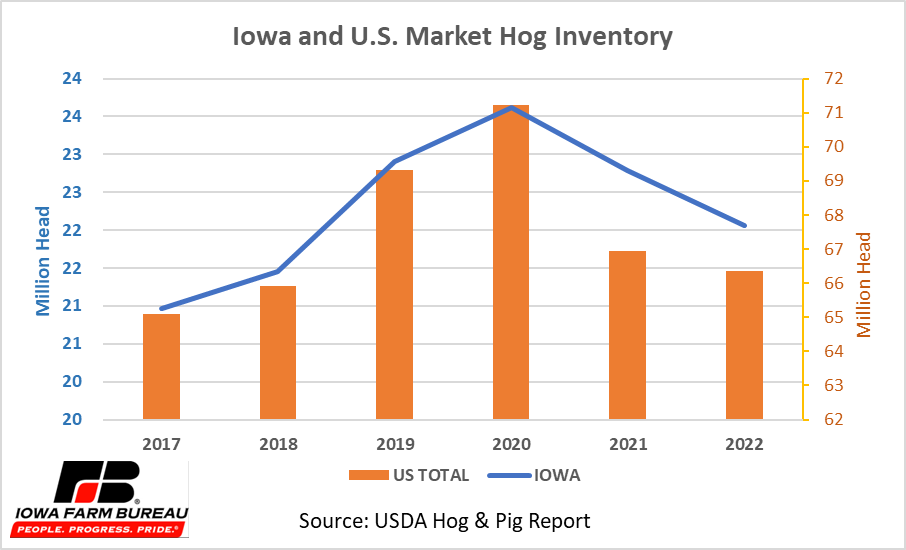 For the June-August 2022 period, Iowa is expected to farrow 510,000 sows which would be 1% more than a year earlier. However, farrowing intentions for the September-November 2022 period are forecasted to be down 3% from a year earlier. 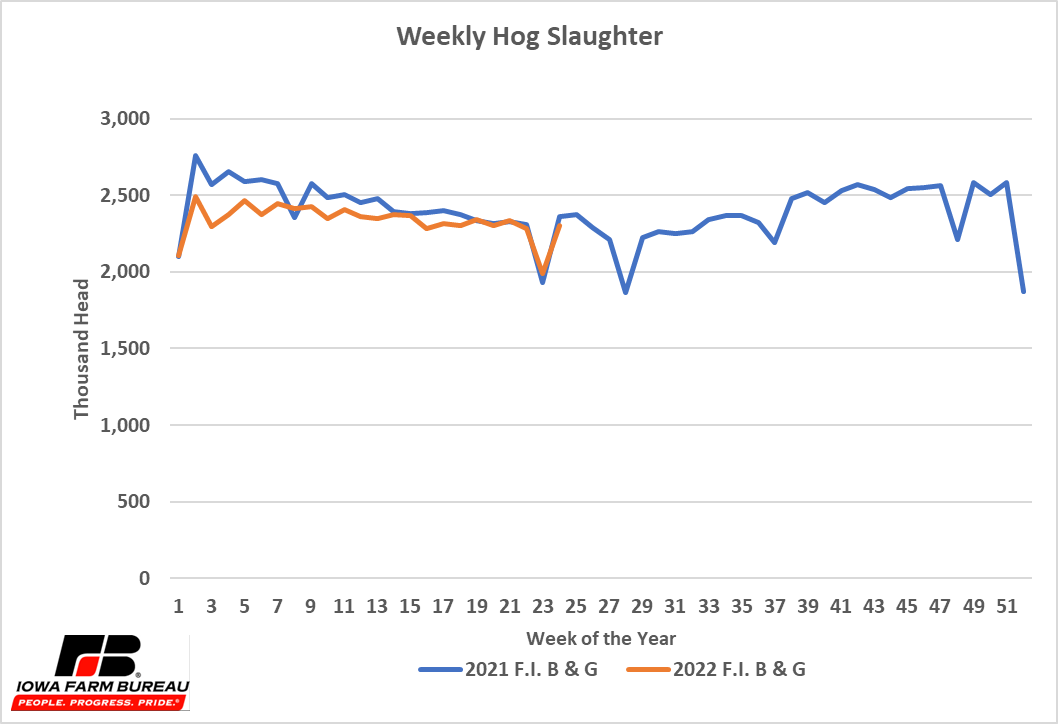 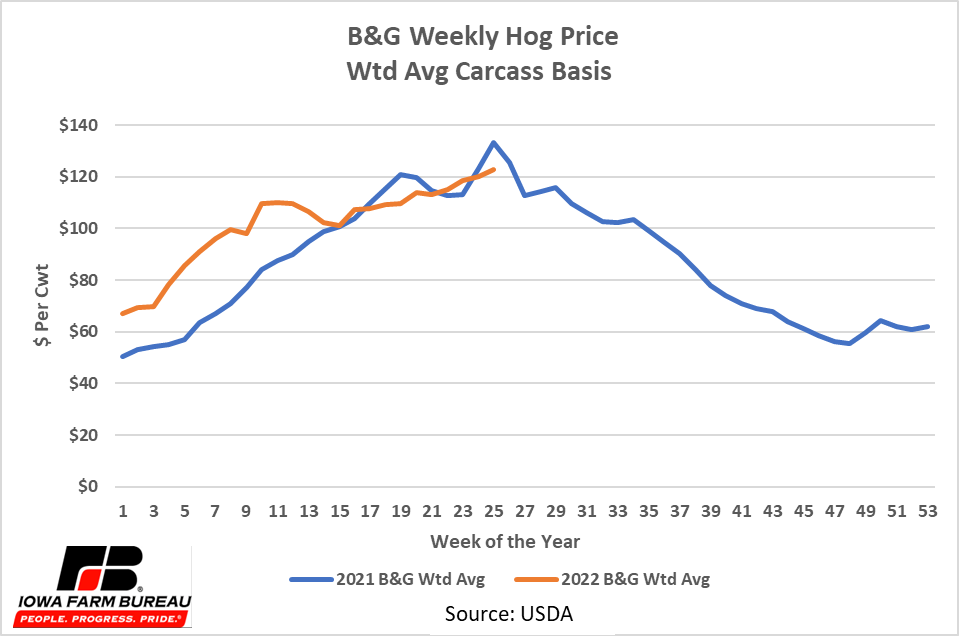 Weekly market hog prices (weighted average, carcass weight) started 2022 33% higher than January 2021 prices. The price premium in 2022 grew to more than 50% by early February but fell below year ago levels by mid-April. Market hog prices over the past 4 weeks have been both higher than and lower than year-ago prices. It is likely that market hog prices in the second half of 2022 will run above year-ago levels.