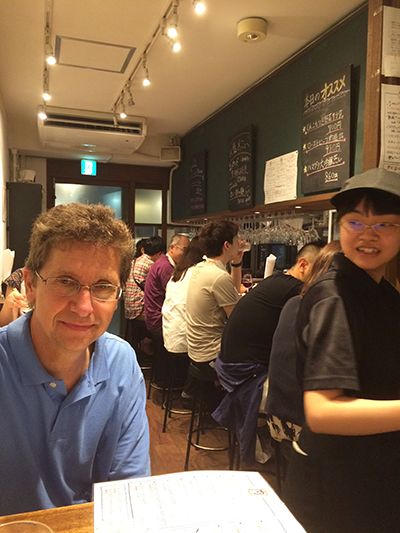 Editor's Note: 61 (Iowa) county Farm Bureau Presidents are traveling to Tokyo and Yamanashi in Japan from July 6 - 13, 2016, along with a small group of Iowa Farm Bureau staff. Stay tuned for more blog posts from their trip.

A trip to Japan in preparation for a visit by Iowa Farm Bureau presidents has revealed a lot about why passage of the 12-nation Trans-Pacific Trade Partnership, or TPP, trade deal is so important for Iowa agriculture, and all of Iowa.

Sure, Japan is famous for sushi and ramen noodles, but we’ve found that Japanese also are very fond of some of the specialties of Iowa farmers: prime pork and beef.

Our first night in Japan, we feasted on some excellent pork cutlets in Tokyo. The breading and grilling was just about perfect. In fact, put that cutlet in a bun and it could compare with winners of the Iowa Pork Tenderloin contest.

Another night in the old imperial capital of Kyoto we happened on a tiny (13 seats, we counted) and packed diner that had an out-of-this-world sirloin steak. Sizzling hot and medium rare, just how I like it.

I didn’t ask the folks at the two restaurants whether the pork or beef came from Iowa. (My Japanese language skills are non-existent!) But there’s a good chance they were. Iowa is the top producer of pork in the United States and a major player in beef, while Japan is consistently a top importer of U.S. meats. In fact, Iowa exported more than $1.1 billion in products to Japan in 2015, with processed agriculture products, raw commodities, and machinery making up more than 80 percent of those products.

But one thing is for sure, the Japanese know good pork and beef, and know how to prepare it. And the TPP trade deal, which would significantly lower tariffs on pork and beef imported into Japan, will give them more access to quality and lower prices on chops, steaks and other cuts.

That’s good for Japanese consumers and very good for Iowa. Increased exports of value-added products like meats generate more economic activity and creates more jobs, especially in our rural communities. That’s why it’s so important for Congress to pass the TPP. It’s just too important, and tasty, to pass up.