It has been another productive year for Iowa’s grain farmers.  While a number of farmers in Iowa experienced weather-related problems, the state as a whole produced its 5th largest grain crop in history and one that will set a new record for total value of the crop (Figure 1). 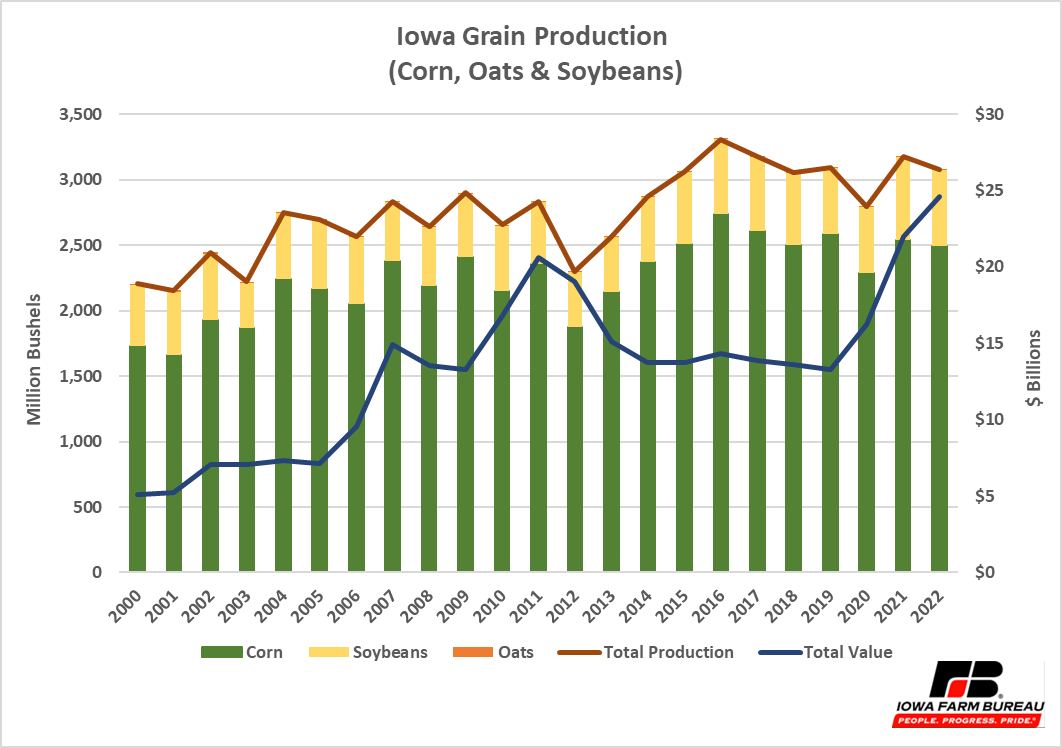