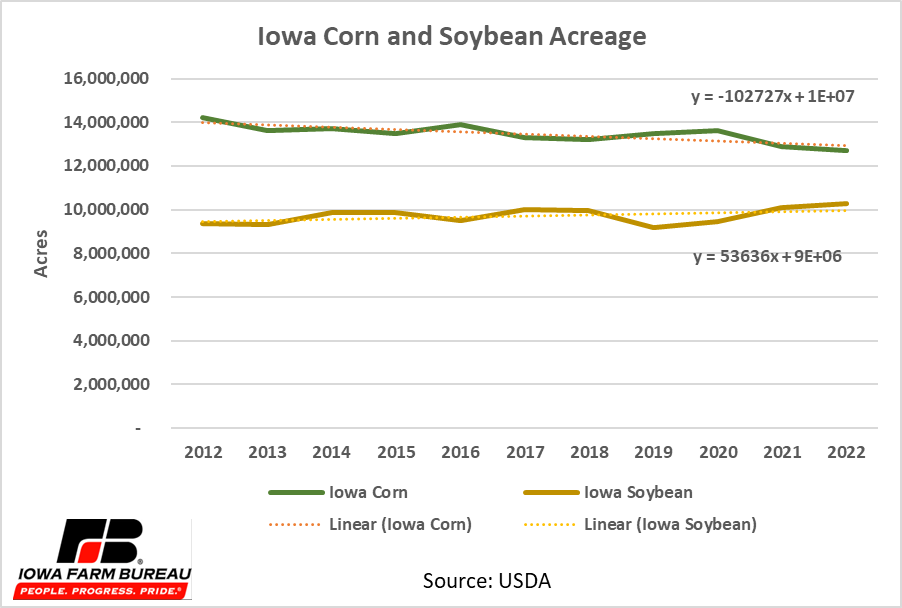 Iowa corn acreage is declining by 102,727 acres per year, on average over the past decade.

Iowa soybean acreage is increasing by 53,636 acres per year, on average, over the past decade (Figure 1). 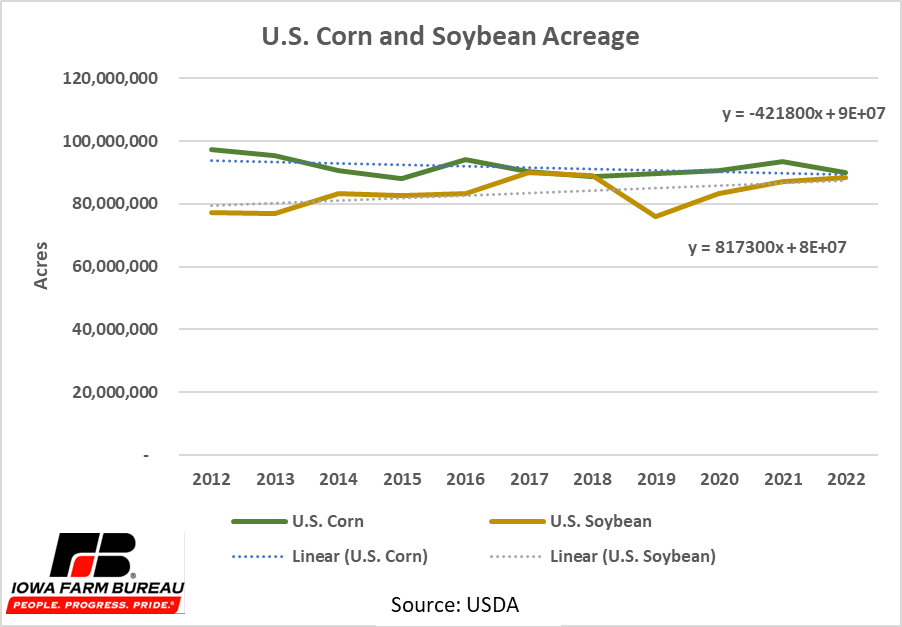 U.S. Soybean acreage is increasing by 1 million acres per year, on average, during that time period. (Figure 2). 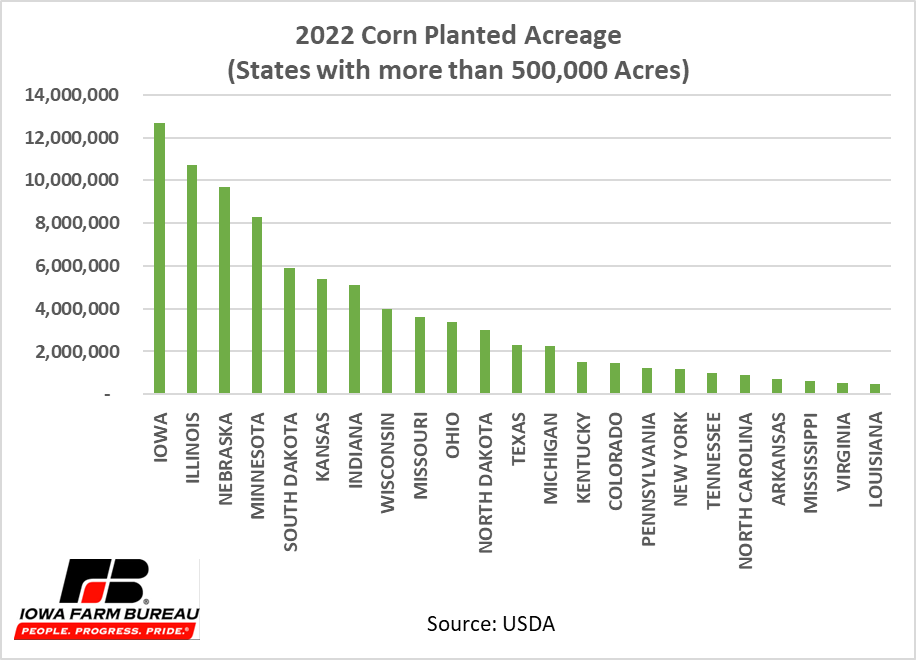 Iowa leads the nation in planted corn acres.  It is followed by Illinois, Nebraska, Minnesota and South Dakota. 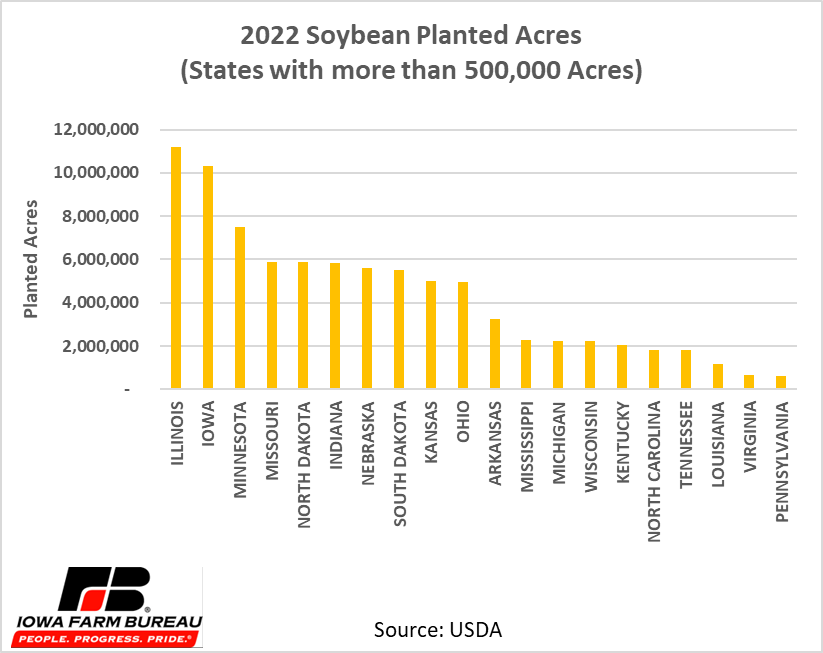 Illinois is the leading state for soybean planted acres.  Iowa is in 2nd place, followed by Minnesota, Missouri, and North Dakota. There are 20 states with 500,000 or more planted acres of soybeans.  These states account for more than 97% of U.S. soybean acres.

The June crop acreage report is a fairly accurate predictor of actual crop acreage for corn and soybeans in Iowa. Over the past 4 years, the June acreage number for Iowa corn has been between 97-99% of final corn acreage.  In recent years, corn acres harvested for grain have been between 92% and 96% of the June acreage number with the low year being 2020 when a large swath of Iowa was affected by the derecho.