Will low hog prices continue in 2019?

2018 saw decreased hog prices received for most months compared to 2017. This was partially due to trade disputes that have remained. Figure 1 shows especially poor months of July, August and September when prices were $9, $17 and $6 less respectively than in 2017. Chris Hurt from Farmdoc Daily says “For the year, current estimates of losses are $6 per head compare to $12 per head in 2017.” Although this is an improved situation, producers continued to see losses. NASS data reported for 2018 stops in October. 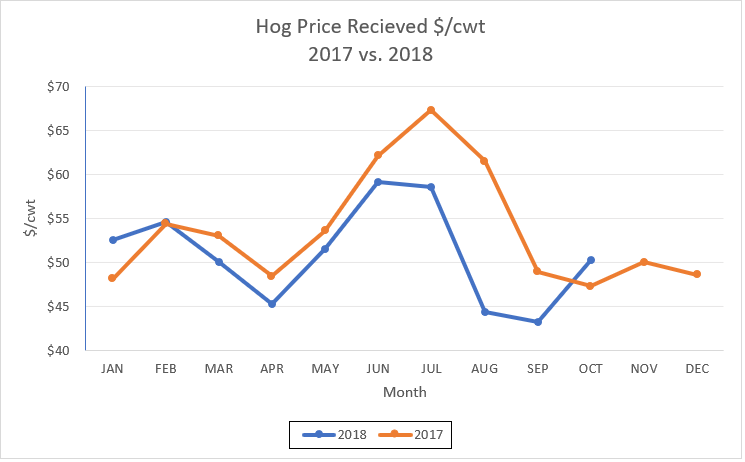 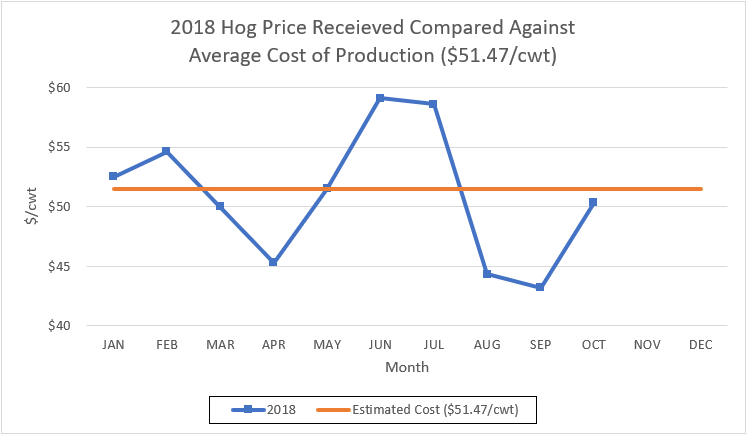 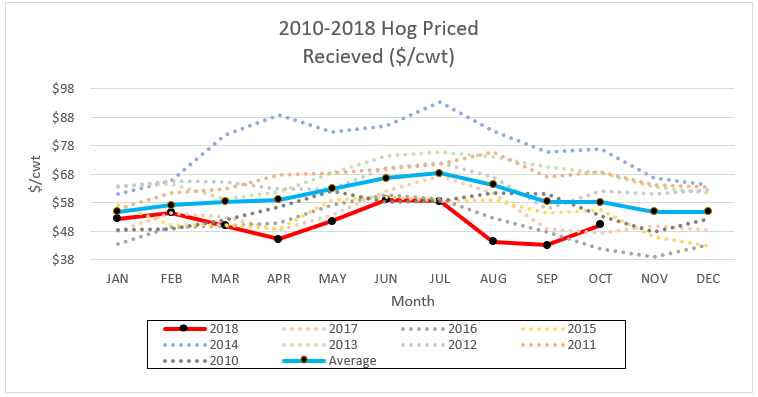 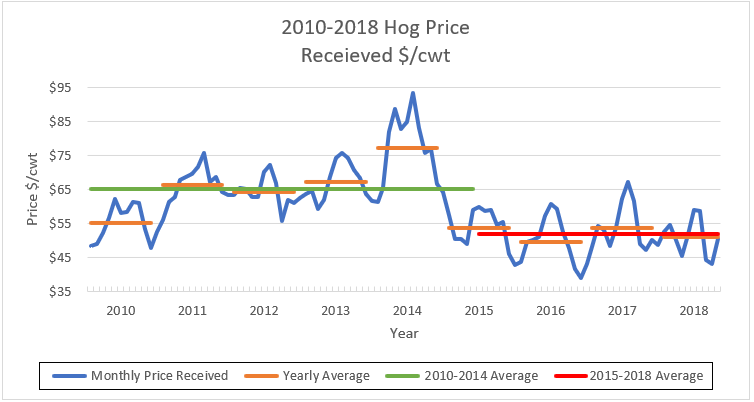 Chris Hurt says “Prices are expected to average in the low-to-mid $40s in the first quarter. Second and third quarter averages are expected in the low-to-mid $50s and then back down to the mid-$40s in the final quarter of 2019.” He uses a similar $51 cost of production comparable to the ISU Extension estimate of $51.47. In this scenario he is predicting that there will be profits in the second and third quarters of 2019, but this will be set back by losses in first and fourth quarters.