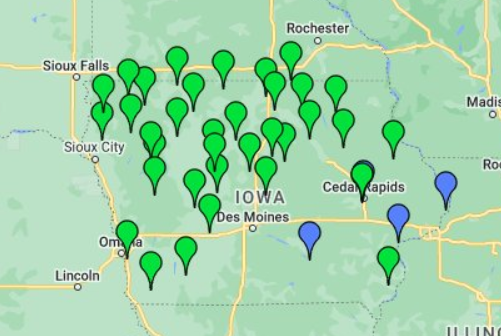 Iowa produces nearly 30 percent of all U.S. ethanol. About 127.5 million gallons of ethanol are blended with gasoline fuels in Iowa. The rest of Iowa’s ethanol is shipped out of state for blending in gasoline supplies from Washington state to New York as well as into Canada and Mexico.

The bulk of Iowa’s ethanol is shipped by rail. The Surface Transportation Board provides sample waybill data on rail shipments that occur between origin and destination pairings. The waybill data is aggregated at two levels. One is at the Business Economic Area (BEA) code level. In 2020, there were 185 BEA areas and an “unknown” category. The second level of aggregation is by Freight Rate Territories. There are 5 freight rate territories in the U.S. as well as an “unknown” category that includes Canada and Mexico.

The BEA areas are constructed around metropolitan business trade areas and often cross state lines. An example is the Chicago area BEA district number 64 extends from Kenosha, WI to Gary, IN but primarily includes Chicago and the suburbs around Chicago. In this analysis, these BEA areas have been “assigned” to a state for aggregation purposes and BEA district 64 is assigned to Illinois.

In Figure 1, the major destinations for Iowa-produced ethanol are estimated using the 2020 BEA data for shipments by rail, the EIA estimates of ethanol use in Iowa gasolines, a total production number of 3.7 billion gallons of ethanol in Iowa in 2020 and the assumption that any ethanol not shipped by rail or used in Iowa was shipped by truck from Iowa. 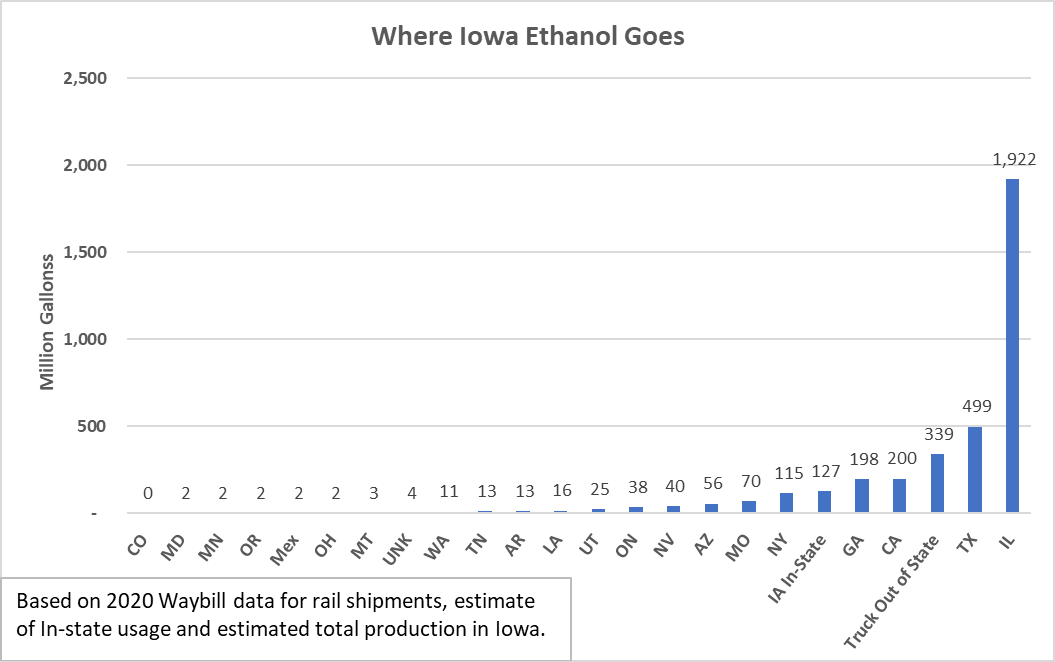