According to USDA, Taiwan is the U.S.’s eighth-largest trading partner for food and agricultural products.  Taiwan depends on imports of several agricultural commodities not domestically produced or produced in reduced quantities. These limitations offer opportunities for U.S. agricultural producers.

The most recent data indicates U.S. soybean exports to Taiwan during the first 11 months of the 2021/22 marketing year (1.54 million MT) were up 3.6% from the volume exported during the entire 2020/21 marketing year. 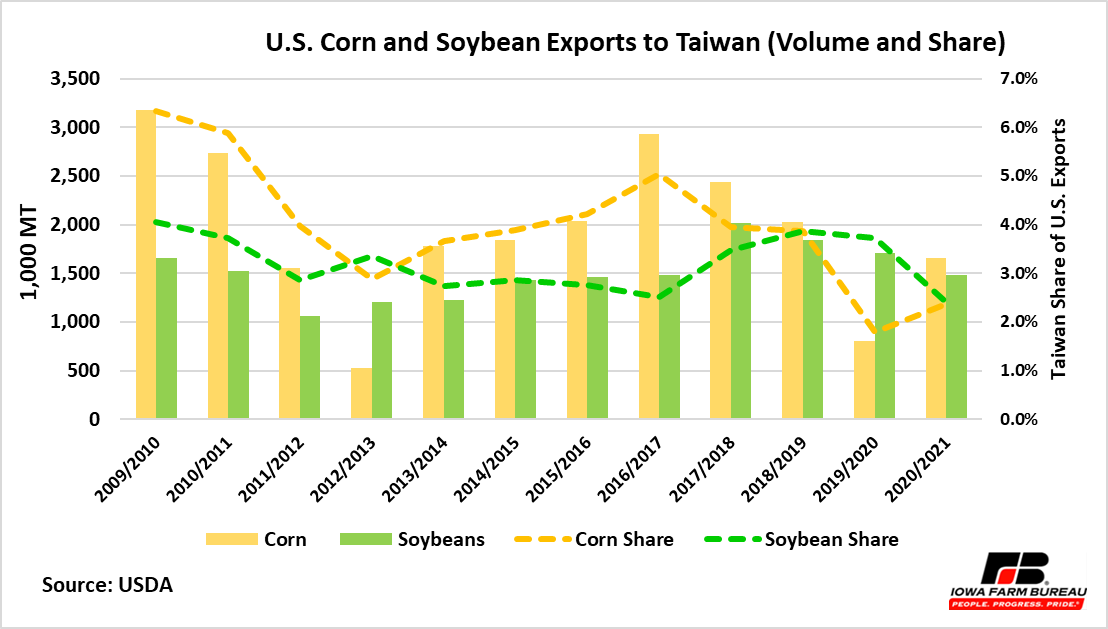 Taiwan’s main demand for corn is for feed, which represents about 96% of its total corn demand. Considering that Taiwan produces only about 2% of its total corn consumption, like in the case of soybeans, most corn is supplied by foreign corn producers.

According to USDA data, pork is the number one meat consumed in Taiwan, followed by broiler meat, and beef. However, consumption of broiler meat has substantially increased since 2012 and is fast approaching pork consumption.  Pork consumption in Taiwan is met mainly by domestic production, while pork imports supply about 9% of total domestic consumption since 2012,on average. 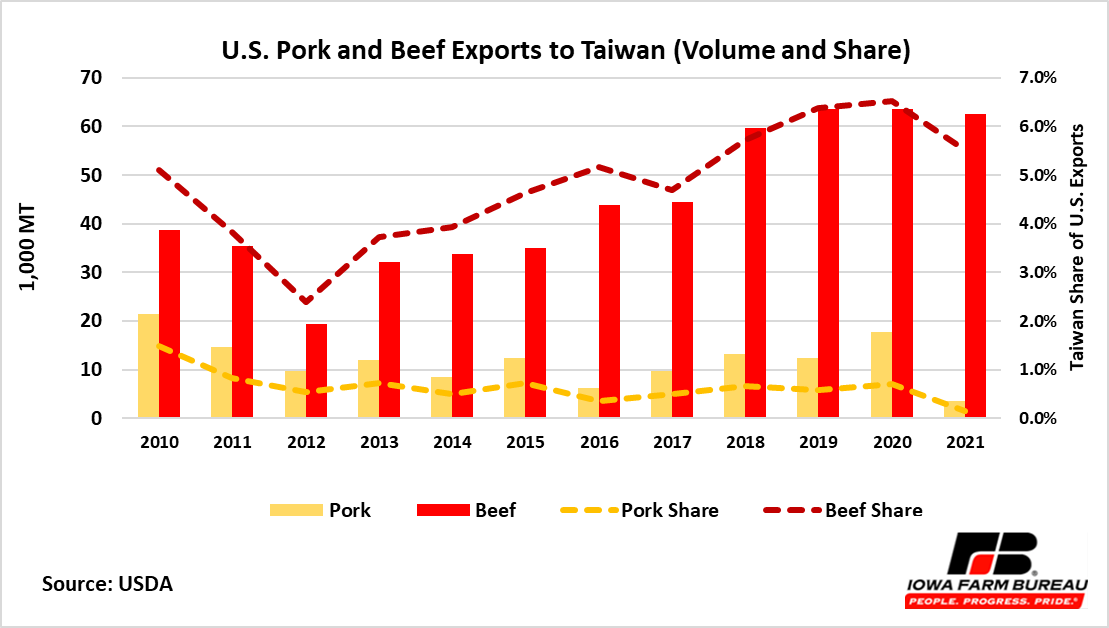