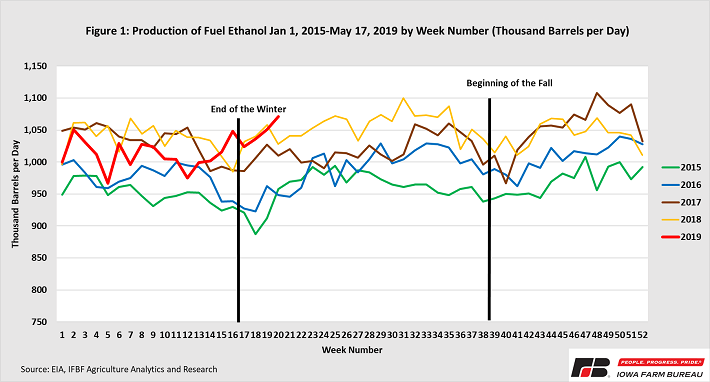 As we approach the seasonally high production rates during summer, ethanol operating margins have become losses according to data published by Iowa State University. The return over operating costs have plunged since the beginning of May 2019 mainly due to significant increase in the net cost of corn in ethanol (corn cost less distillers grain value). The net cost of corn in ethanol production has soared approximately 18 percent since May 1st 2019 due to the increase in cash corn prices in Iowa. Average ethanol price in Iowa has been relatively stable in the range of $1.25 to $1.30 per gallon. The return over operating costs is one indicator of the level potential profitability to ethanol production.