Prediction of 2018 Corn and Soybean Production and Yields

According to the Crop Production report published by the National Agricultural Statistical Service (USDA-NASS), the 2018 average corn yield for Iowa  is projected at 204 bushels per acre, which is a slight increase compared with the 202 bushels per acre in 2017. 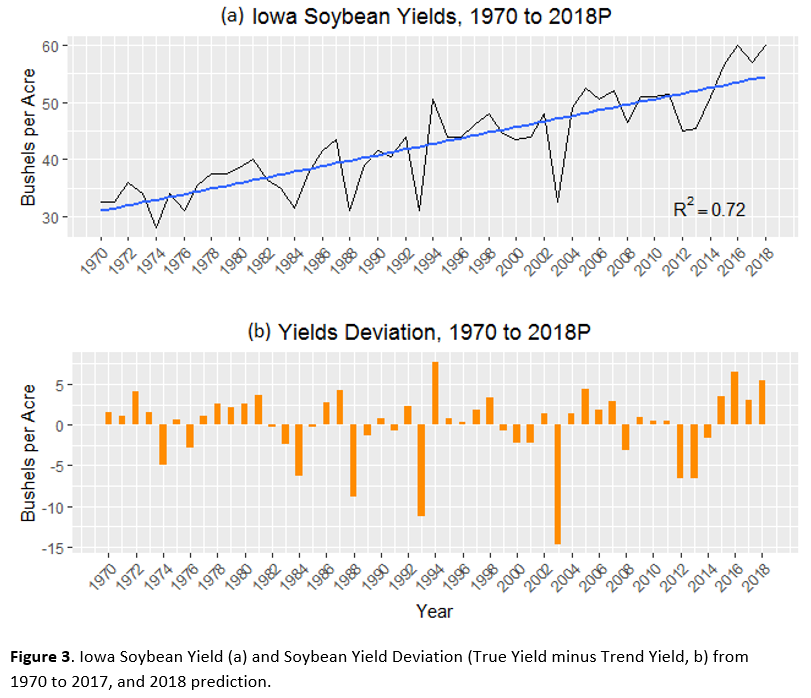 Jing Tang is a Statistician with Decision Innovation Solutions (DIS). DIS is an Iowa-Based economic research firm which provides regular farm economics research and analysis to the Iowa Farm Bureau staff and members.