Off to a good start

The Van Genderen family in Wapello County, like cow-calf raisers all over Iowa, are very happy that March did not come in like a lion.

After battling snow and frigid weather in February when they started calving, Calvin and Amy Van Genderen were very happy the weather turned warmer in early March and melted away the ice and snow. But no matter the weather, calving still takes the whole family.

“A hundred calves (in) two weeks is a lot of work, especially during the cold spell,” Calvin said. “There were a lot of nights when we were up every hour or two checking cows. You do that for a solid week, and you get worn out.” 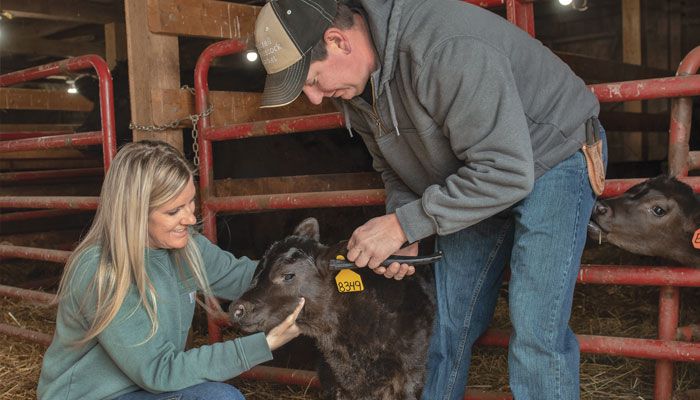 (Photo above: Amy and Calvin Van Genderen work together to tag a calf on their farm in Wapello County near Eddyville. At right, Calvin checks to make sure all of the newborns have been tagged before turning them out to pasture. PHOTOS/GARY FANDEL)

They try to calve mostly in the late winter and early spring. That helps them avoid the spring rains that can muddy up their pastures near the Des Moines River. “Hopefully, we’ll be finished by the end of April,” Calvin said, looking over the pasture early last week as the temperature topped 70 degrees.

When the Van Genderens' calving season is in full swing, every family member pitches in to care for cows and their newborn calves.

“We have a calving barn that holds up to eight cows at a time, then we use the lean-to and an old corn crib to accommodate the rest,” said Calvin, who is Wapello County Farm Bureau president. “Every day, we’re kicking out the same amount we’re having.”

Last year, calving coincided with the beginning of the COVID-19 pandemic. That meant the Van Genderen boys, Caden, 14 and Casen, 12, were learning from home and able to help out even more. “They would set their alarms and try to beat us out to the calves,” Calvin said.

For Amy, the best part of calving is watching the babies run on grass. 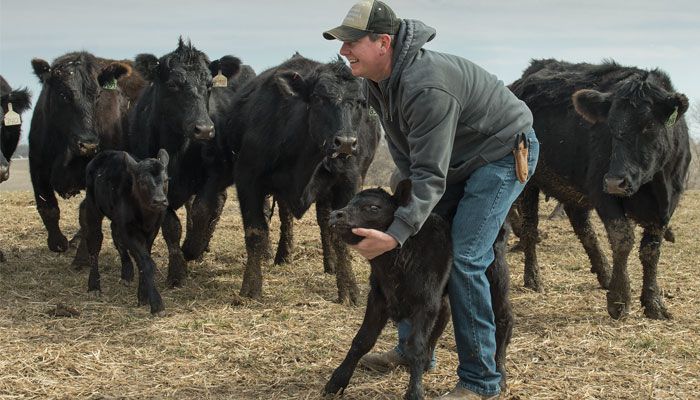 “Tails flipped over their backs with their heels flying, just running as fast as they can — I never get tired of that,” she said.

“It’s a pretty picture when the grass is green and the sky is blue,” added Calvin.