We recently put together a brief article on the actuarial performance of corn and soybean crop insurance premiums in Iowa from 2001-2015. This article was patterned after work done by Carl Zulauf and Gary Schnitkey from Farmdoc Daily in Illinois.

Using the data that supports both the Farmdoc Daily article and the one produced for Iowa Farm Bureau, we have expanded upon the resources available to visually show the frequency and intensity of corn and soybean crop insurance indemnities and loss ratios in Iowa over time.

To see these map, along with many others, we invite readers to visit the video at this link. 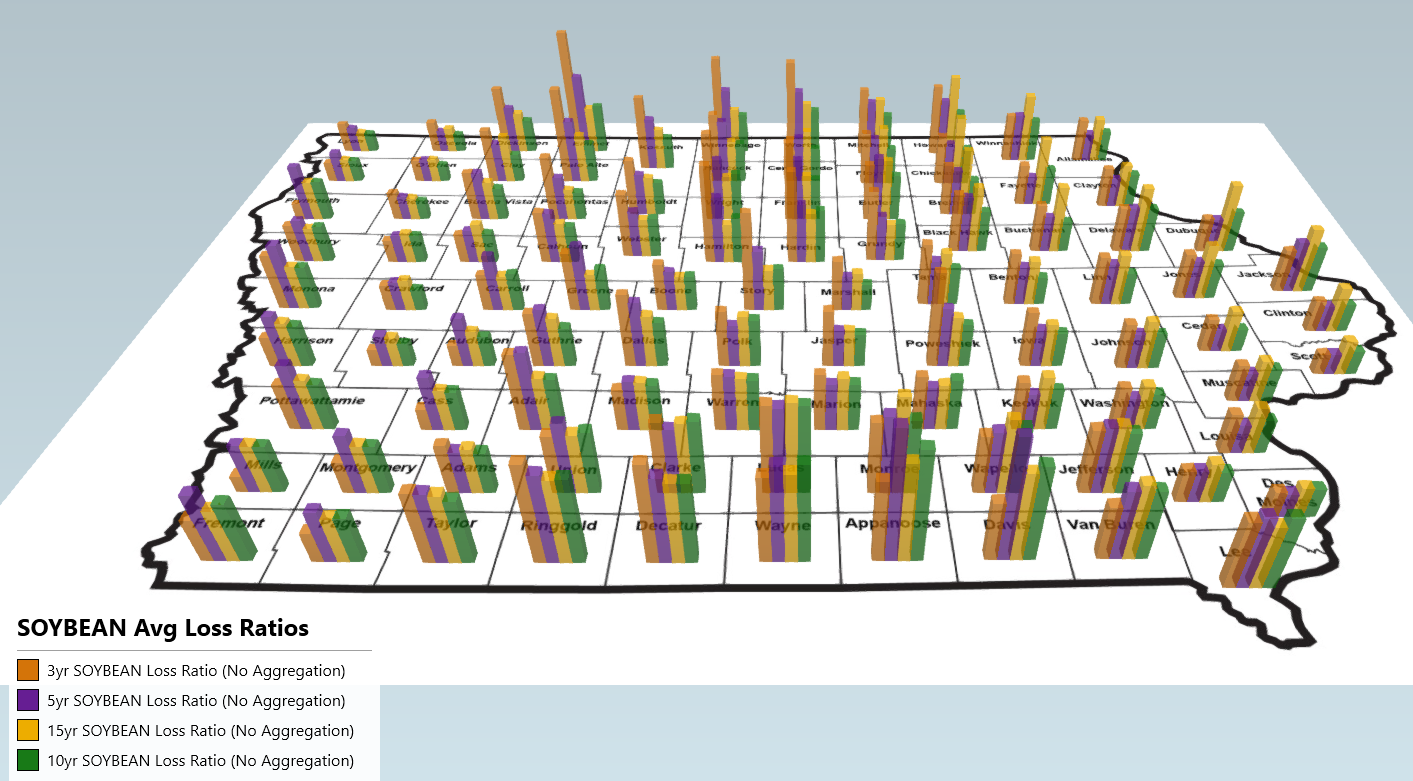 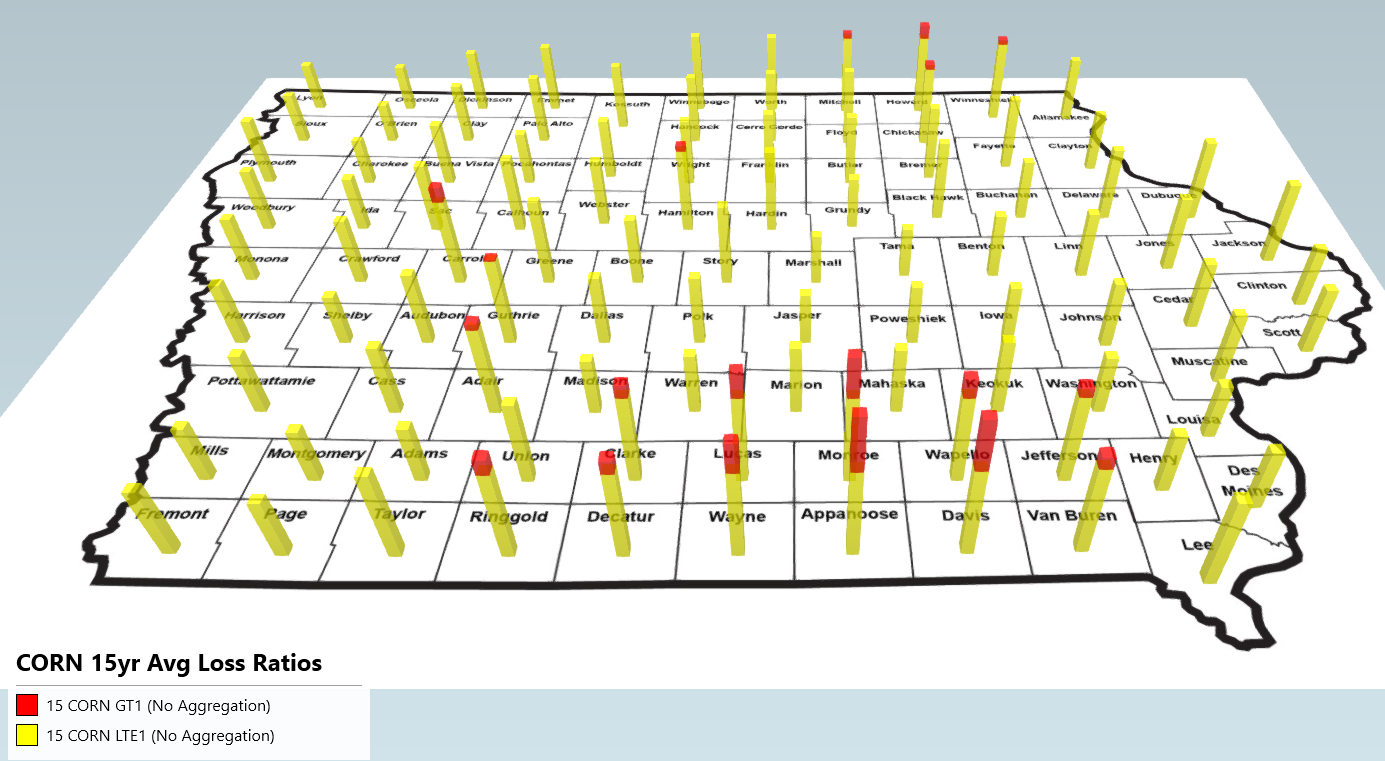 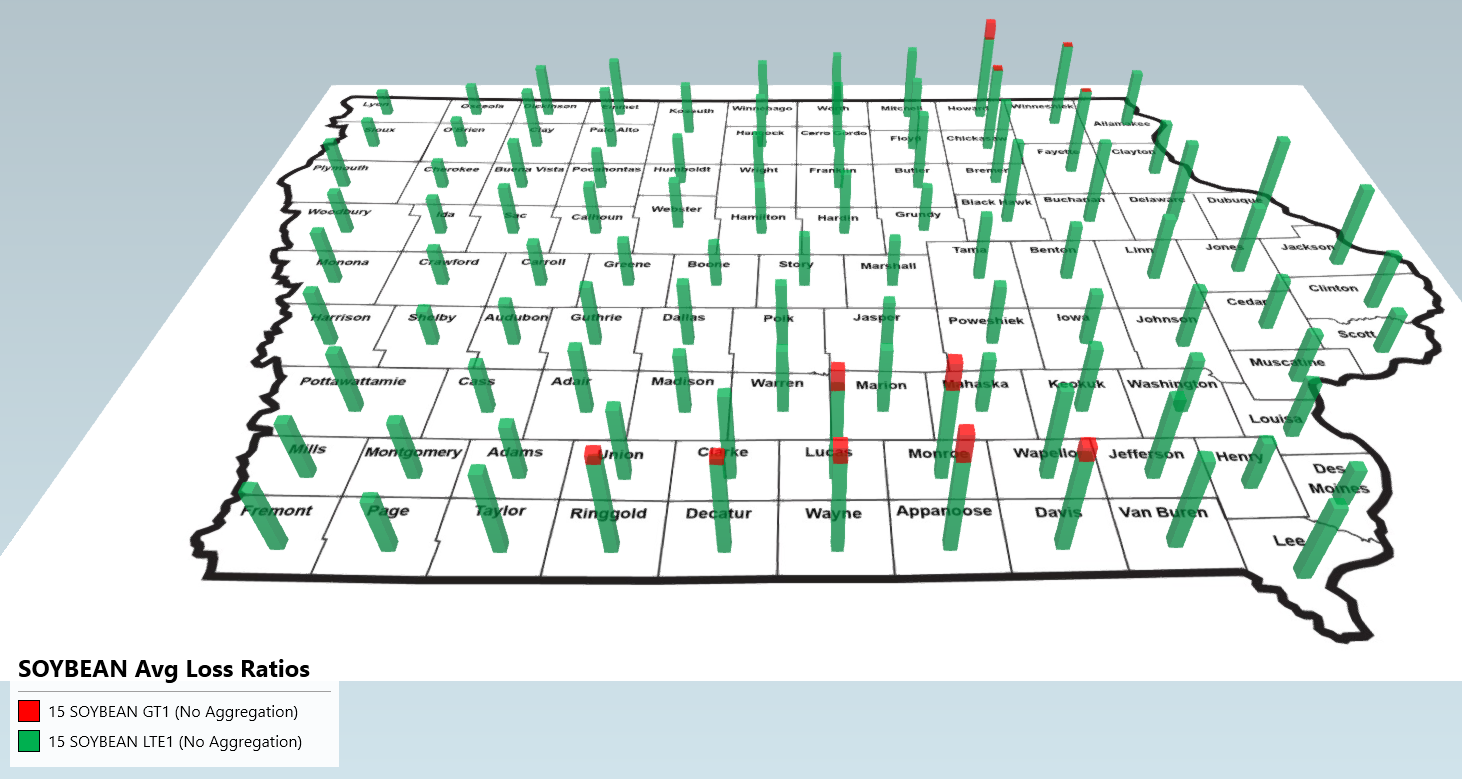