The building that Esther & Co. occupies in downtown Newton has come full circle.

That’s because in the late 1800s, it was home to A.C. Bollhoefer Grocery and Dry Goods — a store not unlike the one that Jasper County Farm Bureau member Regina Frahm established.

Before Frahm opened the doors of Esther & Co. in September 2019, she was a long-time yarn maker. She lives on her family's farm, where they raise cattle and sheep. Frahm used to create yarn from the sheep’s wool herself until she got too busy. Now they work with four small wool mills across the country, one of which is in Iowa. 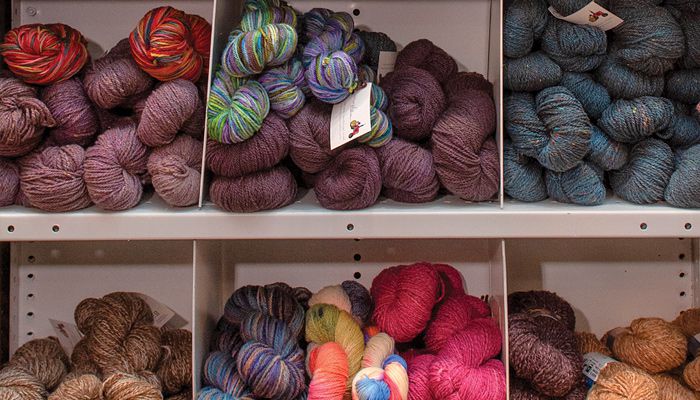 (Photo above: Her sheep's wool is sold as colorful yarn for knitters at Esther & Co.)

Her experiences traveling to different yarn festivals and meeting people who also create homemade items inspired Frahm to open a business to offer all these different locally made products. And when she had the opportunity to renovate a building in Newton’s downtown, her idea became a reality.

“It’s kind of a throwback to the general store in a way, where you could come in and you could find everything from your milk and eggs to dry goods,” she says.

Frahm sources the store's offerings from farm producers, ranchers, makers and crafts people. When you step inside the door, you’re greeted by a smorgasbord. This includes her own yarn, honey from The Holton Homestead in Elkhart, bread from the Bread Tree Baking Company in Grinnell, tassel earrings from Newton’s Knotty Karen and much more.

Frahm loves talking to customers about why her store offers such a mix of products, as well as how their money directly supports the maker.

Esther & Co. was only open a few months before COVID-19 hit, forcing Frahm to shut its doors for a couple months. During this time, she had the brilliant idea to keep the store’s name out there by delivering milk, meat and baked goods. 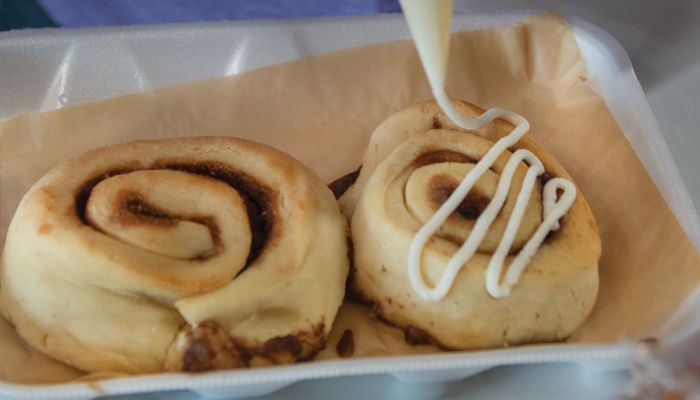 “We were kind of like the old milk man,” Frahm says. “We’d go pick up the milk from the dairy, and we’d deliver it to people.”

That’s Frahm’s favorite part of owning Esther & Company — the people. It’s one of the reasons she started the business, because she enjoys talking to people and learning about them, while telling them about the makers behind the products she offers.

“You get to educate,” Frahm says. “You get to make new friends, have conversations. It kind of inspires you to continue to learn and be creative, too.”

The store has a classroom for workshops, and every Friday, students from the Iowa Culinary Institute on Newton’s DMACC campus come to sell their delicious pastries. Suffice to say, Esther & Co. is a real treat for the community. 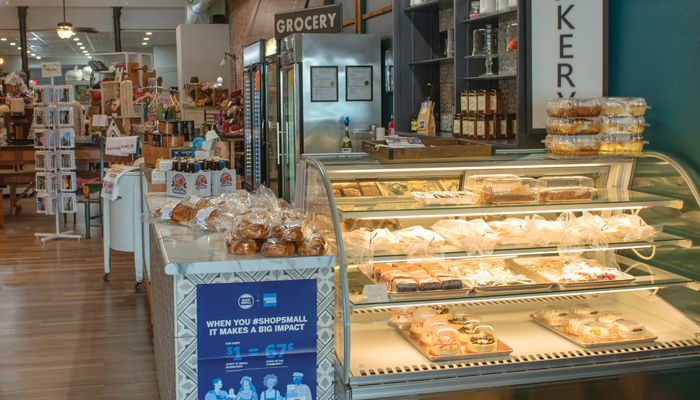 Giardino is a freelance writer from Polk City.