By 1982, corn had increased to 50% of the cropland acreage and cropland pasture had decreased to just 9% of the land area while soybeans were emerging as the new crop taking up 31% of the cropland acres. Barley, flaxseed, and sugar beets were no longer reportable crops in Iowa and a few years later rye and grain sorghum would drop off the list of crops that USDA reported on for Iowa (Figure 1). 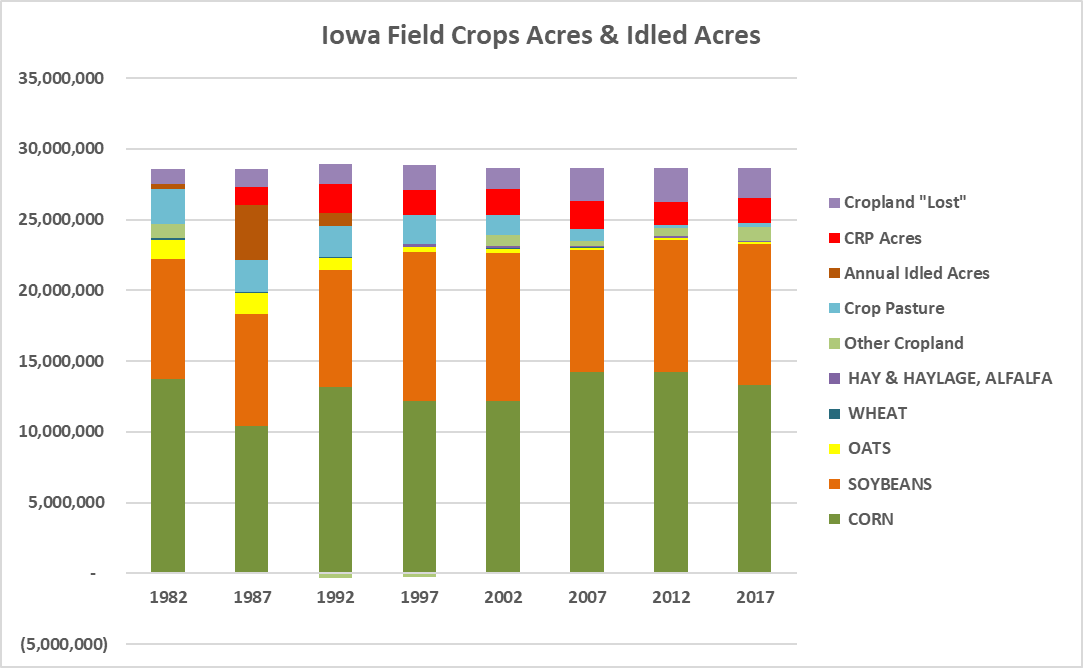 Conservation and “idled” acres have been a part of the Iowa farm landscape since the 1930s. Annual idling of cropland was a significant policy tool that was used intermittently during the 1950s, 60s, 70s, 80, and up until 1995. Multi-year conservation programs such as the Soil Bank were instituted in the 1950s and 1960s but it was the Conservation Reserve Program (CRP) that was authorized in the 1985 farm bill that has endured as the centerpoint of land devoted to conservation applications for the past 36 years. In Iowa CRP acres peaked at 2.2 million acres in 1994 and have declined to 1.69 million acres in 2022. 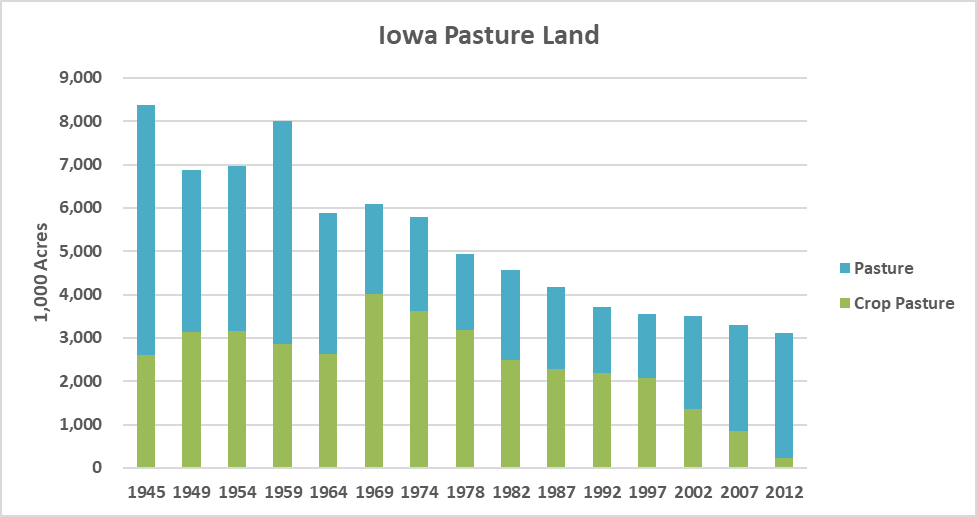 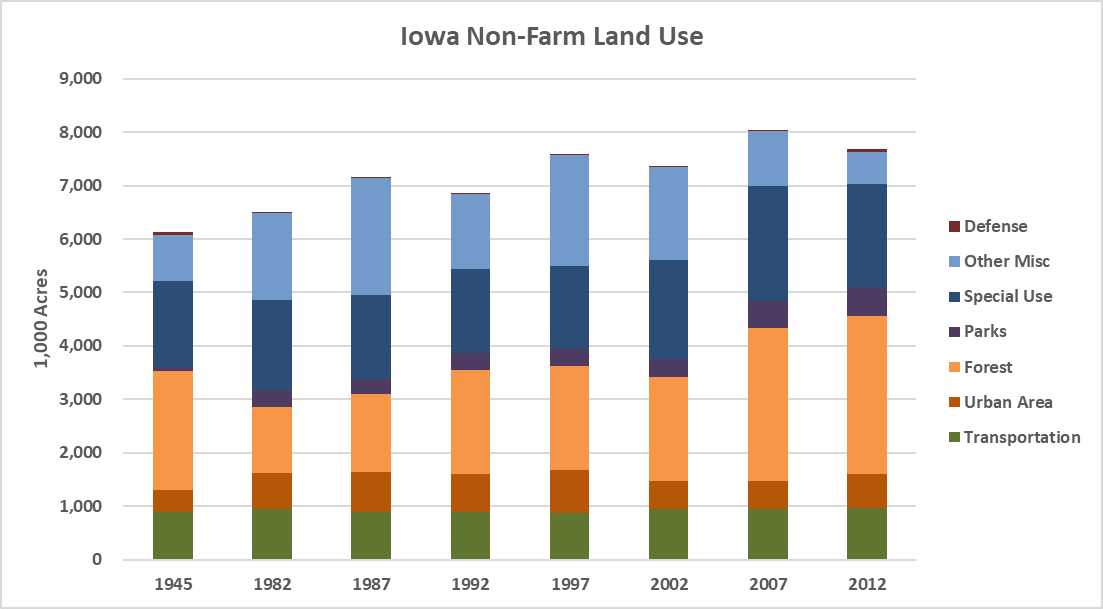 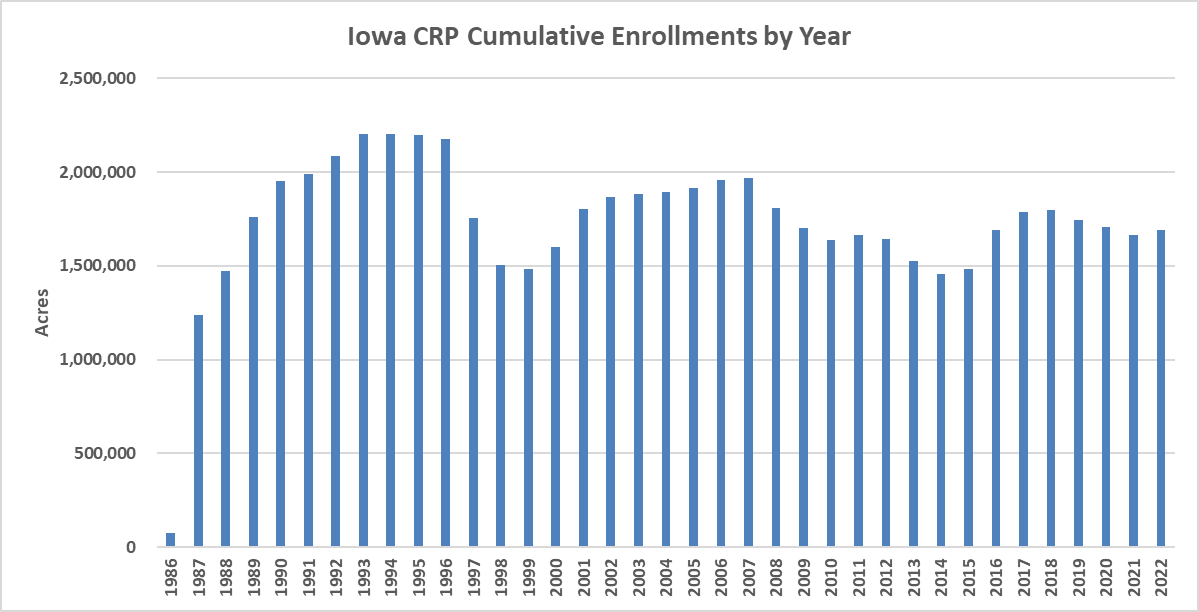 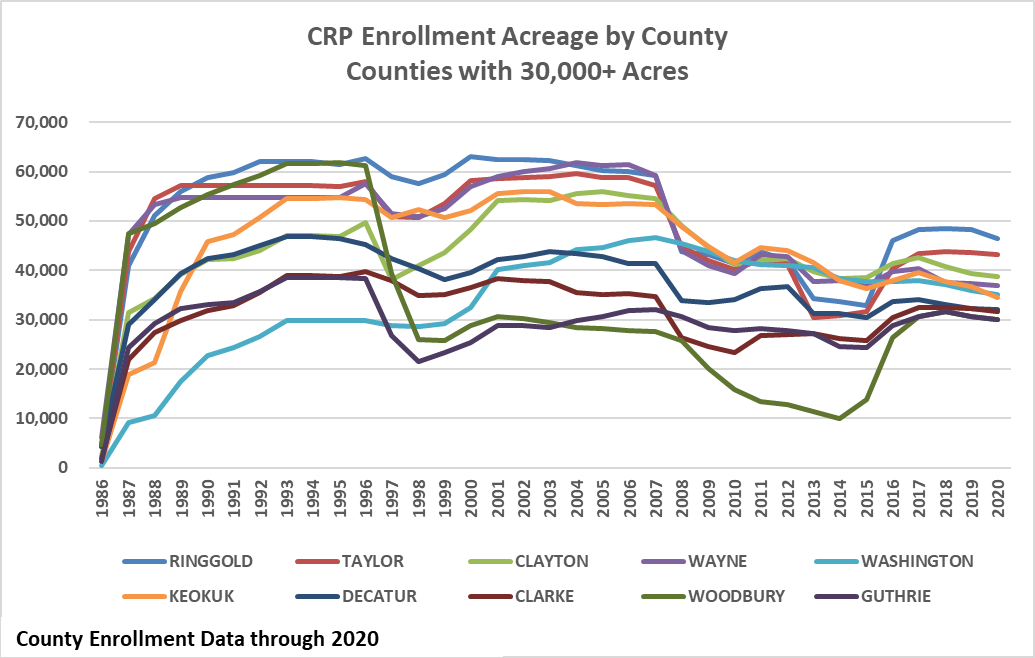 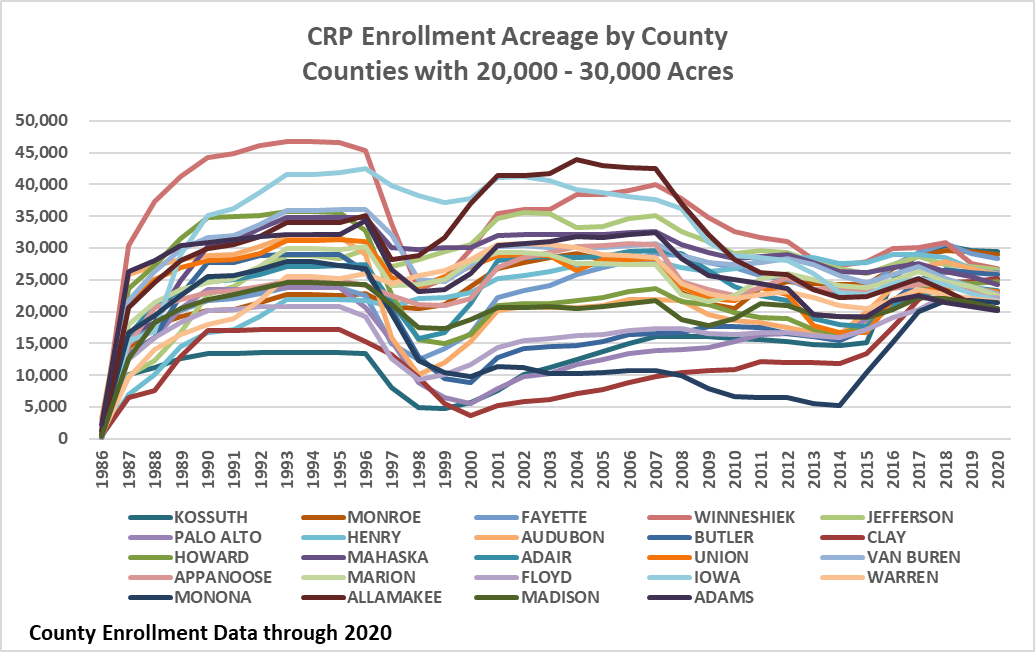 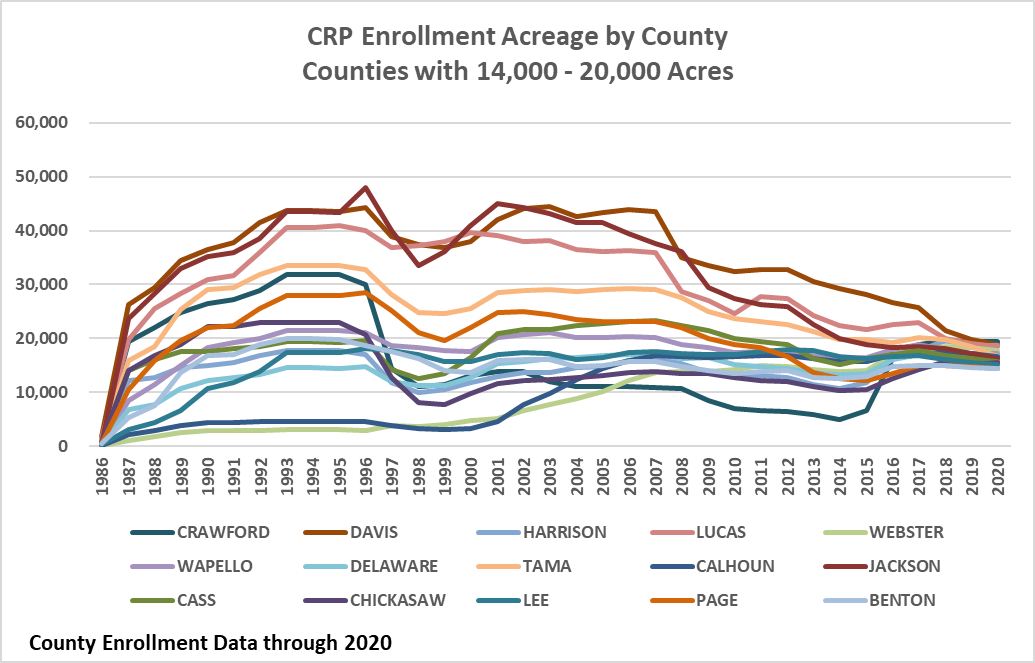 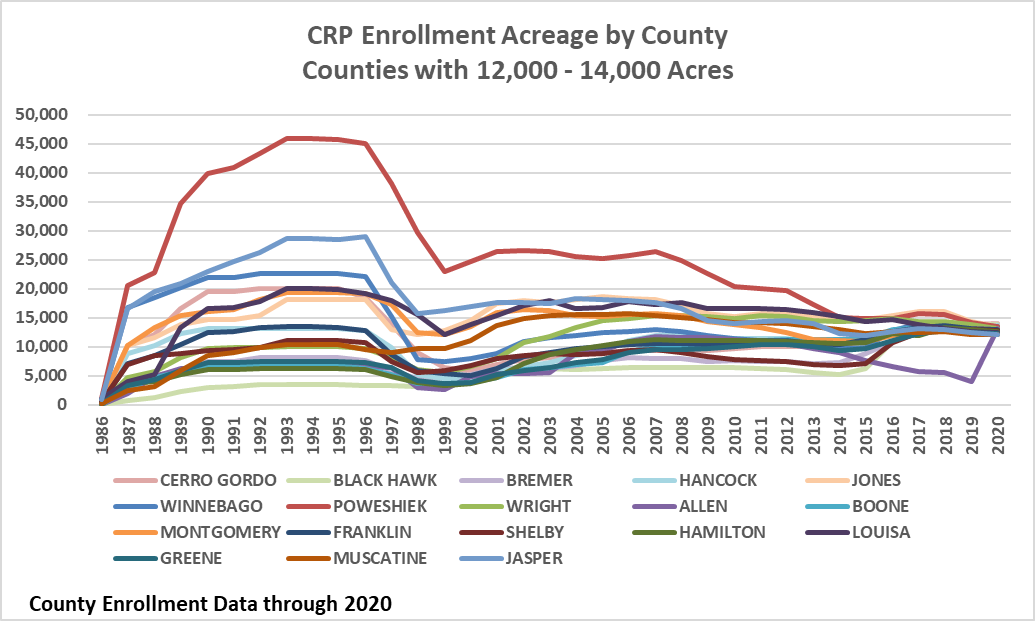 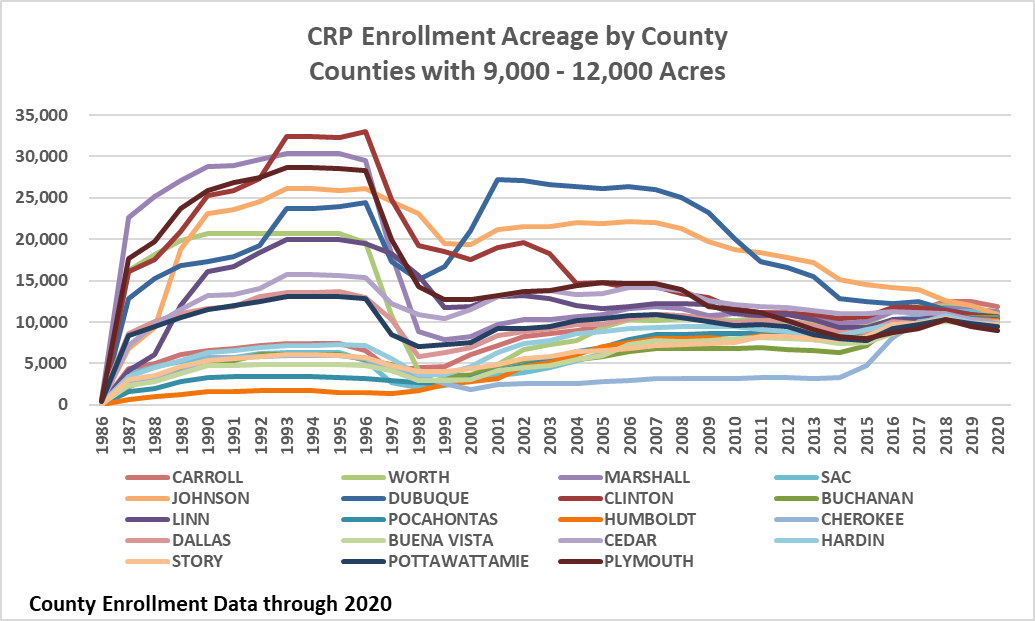 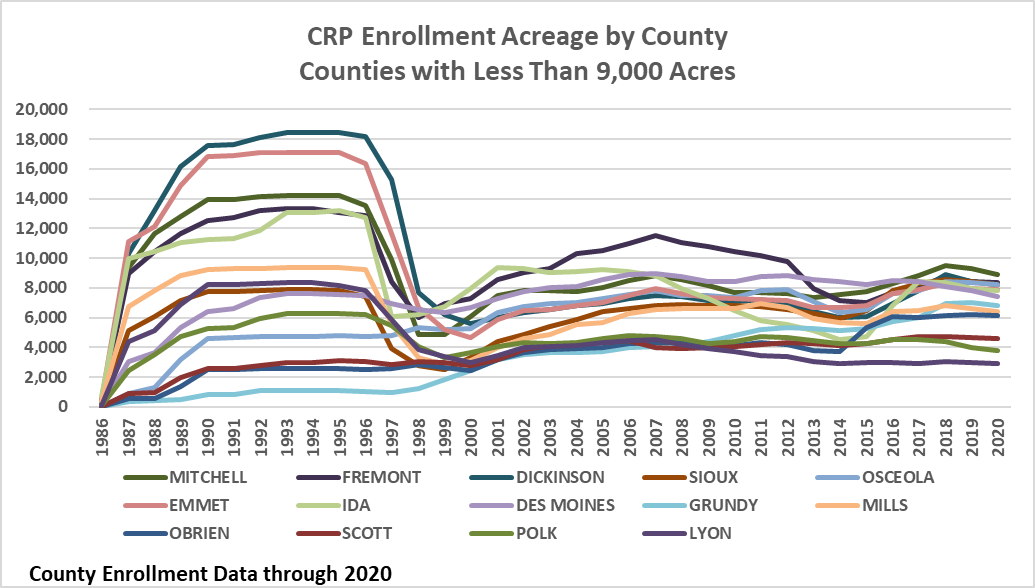 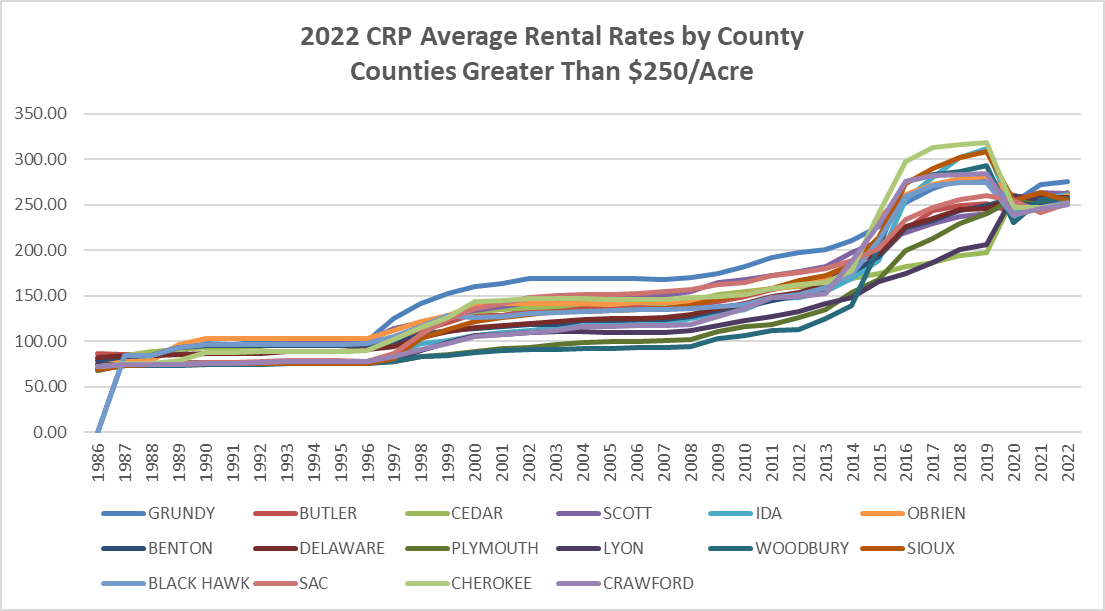 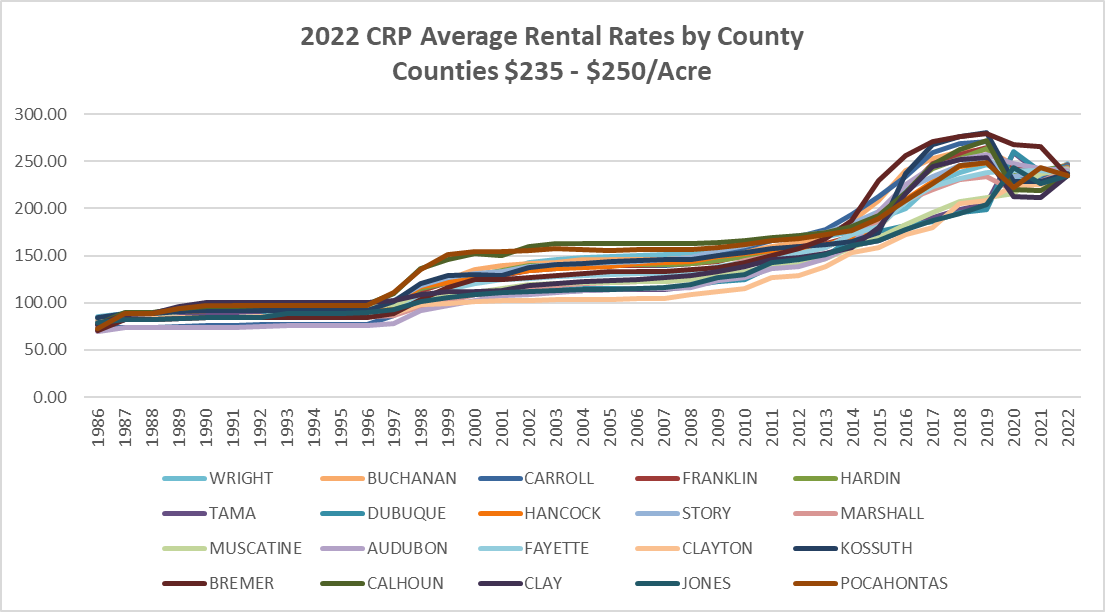 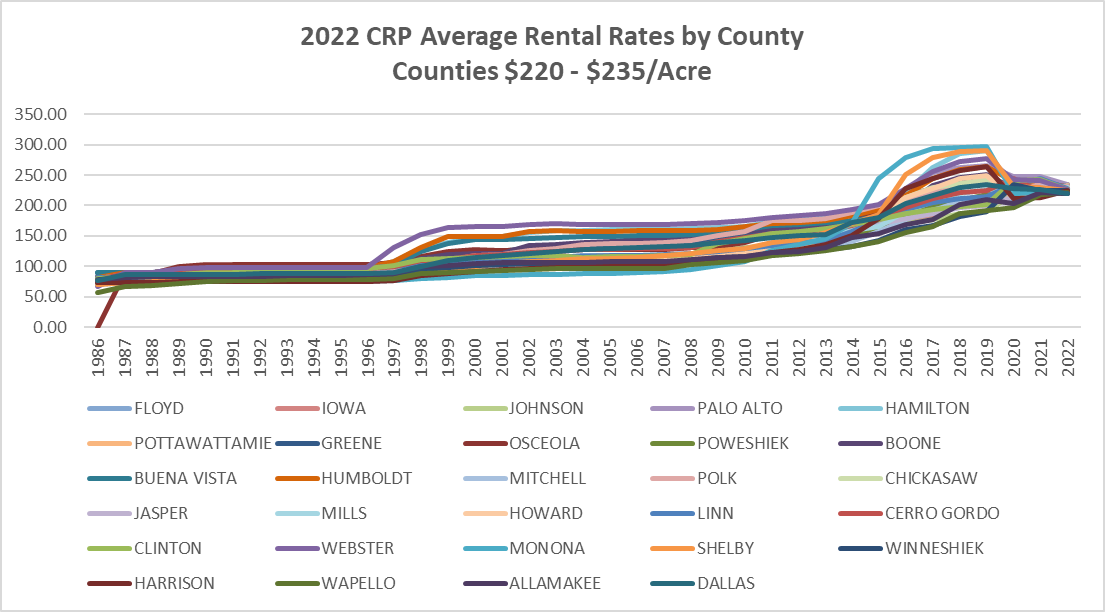 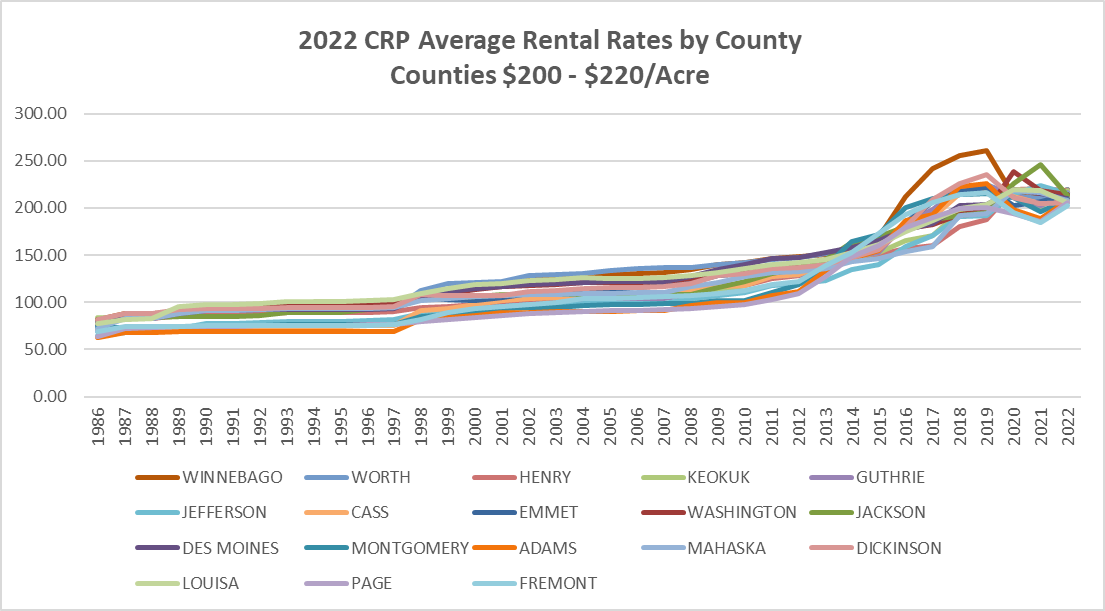 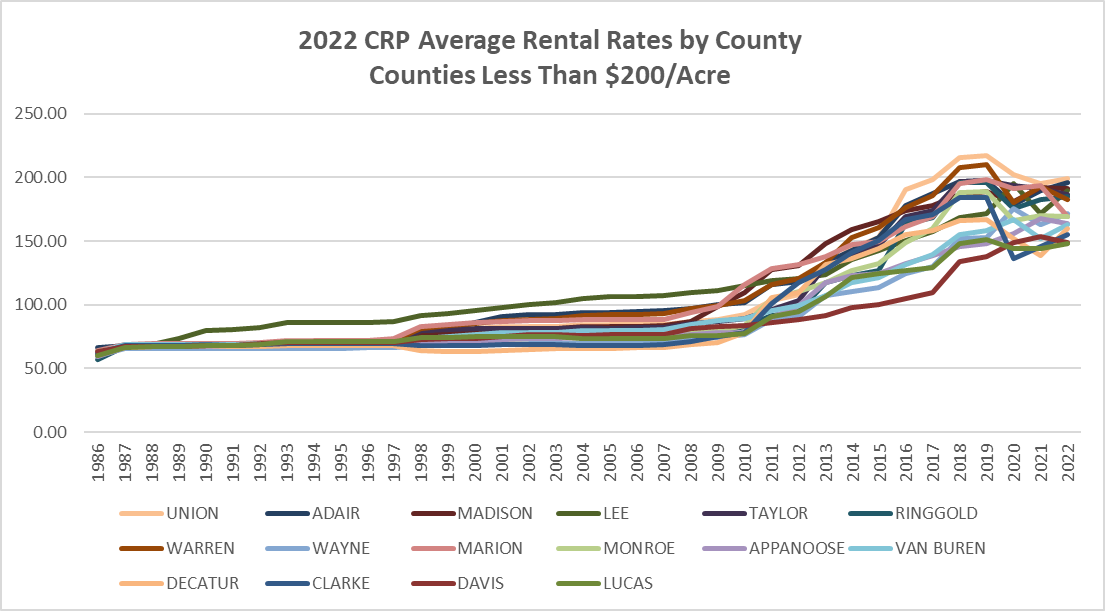