Learn how to caucus 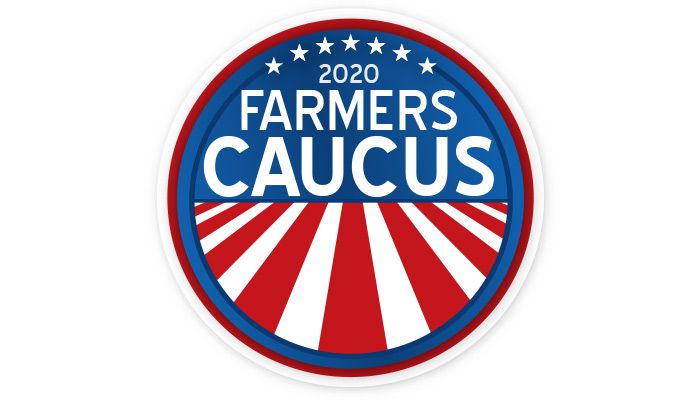 Why do we caucus?

In presidential years, the caucus' most popular feature is the presidential preference poll. This is where hundreds of thousands of Iowans show up to formally begin the presidential nominating process for both major national parties. This year, most of the action is on the Democratic side as President Trump has minimal competition for the Republican nomination. However, both parties also conduct important business on caucus night. The precinct caucus is the ultimate grassroots function of Iowa politics and it is where one is elected to a leadership position in one's county party, it is the first step to becoming a delegate to the county, district, state, or national convention, and it is also where changes to the party’s platform are introduced.

To participate in an Iowa Republican or Democratic caucus, an individual must be a registered member of the party’s caucus that they are attending (cannot be registered as “No Party”) and must be 18 years old by Election Day (Tuesday, November 3, 2020) of the election year. Thus, a 17 year-old can participate as long as they will be 18 by November 3. He or she must also reside in the precinct that they are caucusing in.

When and where is my caucus?

Every single precinct in Iowa will hold a Republican and Democratic caucus beginning at 7pm on Monday, February 3. However, it is best to arrive ahead of that time to ensure that you are properly checked in. Caucus sites are normally in public buildings such as churches, community centers, schools, or libraries. The Iowa Democratic Party and Republican Party of Iowa both have pages on their websites that will direct you to your location and provide you more information about caucusing. Should you need additional assistance, you can contact your county Republican or Democratic parties or call the Republican Party of Iowa at 515-282-8105 or the Iowa Democratic Party at 515-244-7292.

The Democratic process is a bit more complicated than the Republican process. In Democratic caucuses, after given an opportunity to speak on behalf of a favored candidate, participants physically move into different parts of the room to show which candidate they support. The size of candidate’s support is counted, and candidates who don't have enough support are deemed non-viable. The viability threshold is 15 percent of the participants in the room. Members of the non-viable groups can try to attract more people to their candidate, disperse and join other candidate groups, or remain “uncommitted”. The number of votes each candidate gets determines what percentage of that precinct's delegates will represent that person at the county convention. Because of this process, it becomes very important for Democratic campaigns to not only line-up supporters of their candidate but also try to identify the second choice of each caucus attendee in case their first choice is not deemed “viable”. The Iowa Democratic Party has more detailed information about their process on their website.

The Republican presidential preference poll is relatively straight forward. Once you are in your precinct and your precinct meeting has been called to order, usually the chair of your caucus will invite anyone to speak briefly in support of their favored candidate. Once all speeches have concluded, each eligible voter in the caucus will be given a piece of paper to either write or mark their choice. After everyone has filled out their secret ballot, the votes are counted in the precinct and announced to the room. All the precincts of a county are collected by party leadership and then reported to the Republican Party of Iowa to tabulate the state results. The Republican Party of Iowa has more detailed information about their process on their website.

What is a platform plank? How do I submit one? Why should I do so, and what happens with it after I submit it?

Both major political parties, like the Iowa Farm Bureau, have a policy development process that requests input from the grassroots. Every two years, the parties from the local to the national level develop platforms which are essentially a statement of beliefs and policies that they support, or in some cases, oppose. Depending on the tradition of your county or state, parties will adopt very short and succinct platforms and sometimes they will develop very long documents with lots of information. A platform plank is simply a policy statement or policy belief that you believe your political party should support and adopt. On caucus night, usually after the presidential preference poll is taken and other business is concluded, the chair of your caucus will ask anyone if they have any suggested platform planks to offer. At that time, you can submit your planks and they will be added with the other suggested planks for your county and put into the process for consideration at your county convention. At each step, from county to district to state and all the way to the national convention, it is possible that your planks could be included. The Iowa Farm Bureau has a list of suggested planks that are good suggestions for Farm Bureau members to offer at their caucuses in order to ensure pro-agriculture policy is strongly considered in the platforms of both parties.

What is the “caucus to convention” process and timeline?

One should not confuse the caucuses with the three conventions that follow. You might hear the term “Caucus to Convention” and that is merely the period of activity between the caucus in February to the state and national conventions held during the summer.

At the state convention, delegates debate the state party platform, elect representatives to serve Iowa at the party’s national committee and hear from many candidates and current officeholders. Both parties will hold their state conventions on Saturday, June 13.

The Democratic National Convention will be held in Milwaukee, WI from July 13 to July 16. The Republican National Convention will be held in Charlotte, NC from August 24 to August 27. Both parties will officially nominate their presidential and vice-presidential nominees, adopt a national platform, and hear speeches from many dignitaries. For more information on the Iowa Caucuses or the “Caucus to Convention” process, please contact the Republican Party of Iowa at 515-282-8105 or the Iowa Democratic Party at 515-244-7292.

Disclaimer: This page is intended for general informational purposes only and is not meant to provide a comprehensive listing or overview of all caucus and political convention information. Please contact your local Republican or Democratic Party leadership or contact the Republican Party of Iowa at 515-282-8105 or the Iowa Democratic Party at 515-244-7292. This page was last updated January 6, 2020 and may not necessarily reflect the most recent information.