It’s easy to notice differences when you first set foot in a place like Tokyo or Yamanashi, Japan.

Surprisingly, it doesn’t take too long to find similarities either.

Earlier this month, I had an opportunity to visit Japan with fellow Farm Bureau leaders, and we were greeted with a reception that made us feel like we had never left Iowa. Japanese farmers and dignitaries alike welcomed us with meals, tours, and gratitude for a relationship that stems back to 1959 (when Iowa sent 35 pigs to Yamanashi to help revitalize Japanese agriculture after a devastating typhoon).

We quickly discovered that the Japanese also share our craving for meat (which is good news since Japan is a top importer of U.S. meat). One Japanese tour guide mentioned to our group that the current generation is consuming more pork and beef than the previous one. It was clear to her that this extra protein is a good thing that’s helping the current generation live healthier!

We also found that Japan struggles with some of the same food and farming issues we encounter in America, such as concerns about the safety of GMOs (despite widespread scientific agreement that food from GMO crops is safe) and a reluctance (by some) to embrace free trade. During our trip, we learned that palm oil is used and imported more frequently than soybean oil because it has no duties. Without a level playing field, U.S. products (such as soybean products) face a significant disadvantage.

The answer to these challenges, it seems to me, is continued dialogue and relationship building. While U.S. and Japanese officials are working to further relations between the two nations (I had an opportunity to dine with three of them one evening), our presence and perspective (as farmers) was clearly appreciated. U.S. Ambassador to Japan Caroline Kennedy addressed our group early in the trip, and she noted that our visit meant a lot, since Japan is a country that highly values face-to-face contact and building personal relationships.

Don’t get me wrong. I had a great time exploring the differences between our two nations (tasting Japanese cuisine, learning about green tea, writing in Japanese and dressing up as a traditional warrior), but I walked away with a renewed commitment to discovering and growing our similarities.

By Larry Sailer. Larry is President of the Franklin County Farm Bureau. 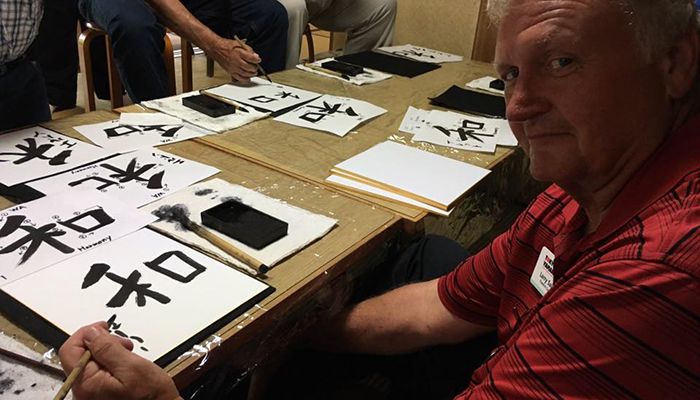 Caption: Our group learned how to write in Japanese. 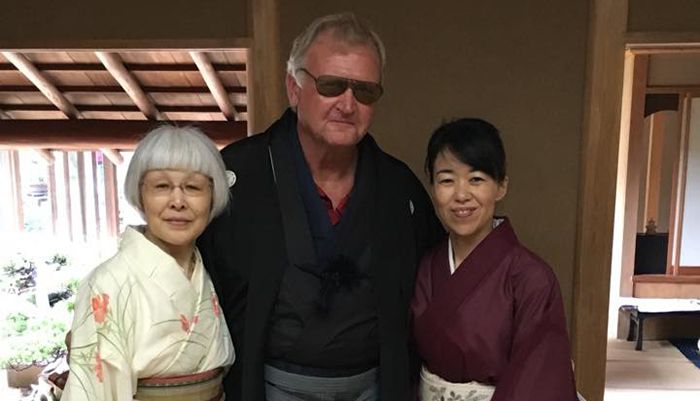 Caption: Dressing up as a Samurai warrior. 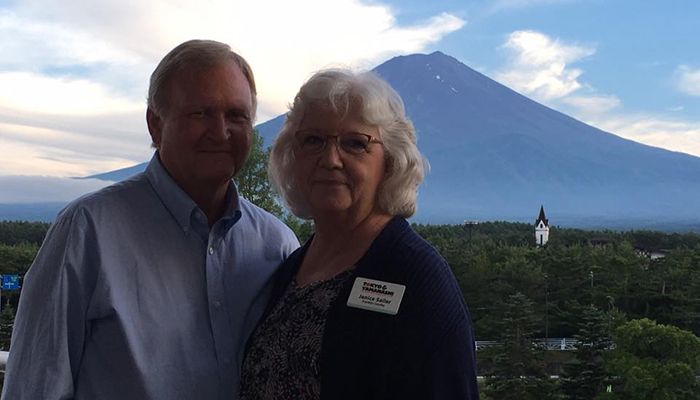 Caption: My wife and I posing in front of Mount Fuji. 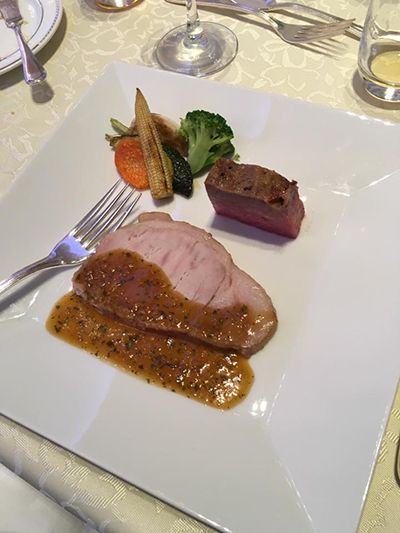 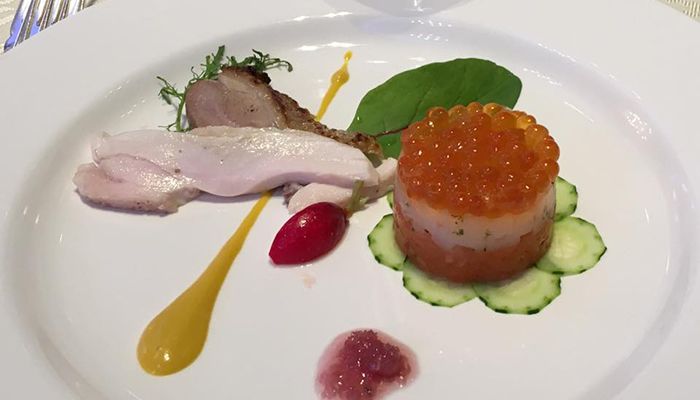 Caption: Trying something new: tar tare of "AI Salmon Red" marinate and scallop with "KOSHU-JIDOORI." I think I'll stick with the pork.