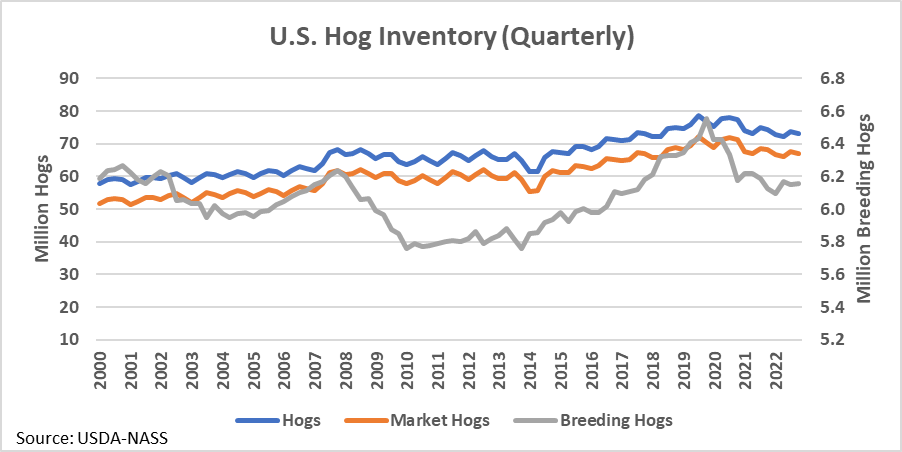 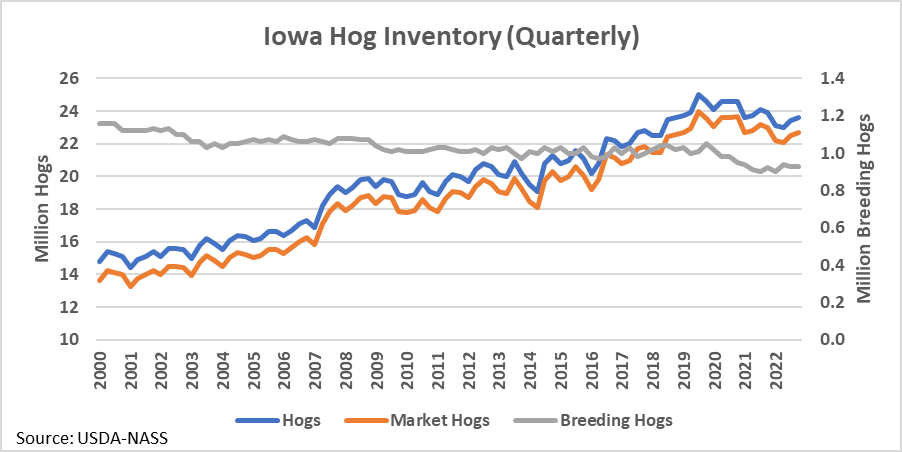 The 2022 September-November U.S. pig crop was 33.7 million head, down 1% from last year but up slightly from the previous quarter (Figure 3). Sows farrowing during this period totaled 3.0 million head, down 1.5% from last year and down slightly from last quarter (Figure 4). Despite a decline in the number of sows farrowing, the pig crop was up slightly due to a strong litter rate. Litter size averaged 11.22 pigs per litter, up from 11.19 a year ago and 11.13 last quarter. The U.S. pigs per litter rate has increased 28% since the year 2000. 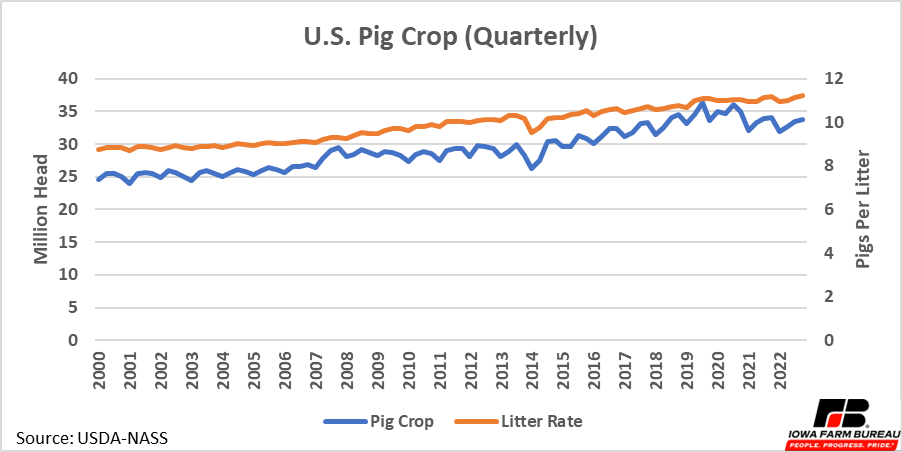 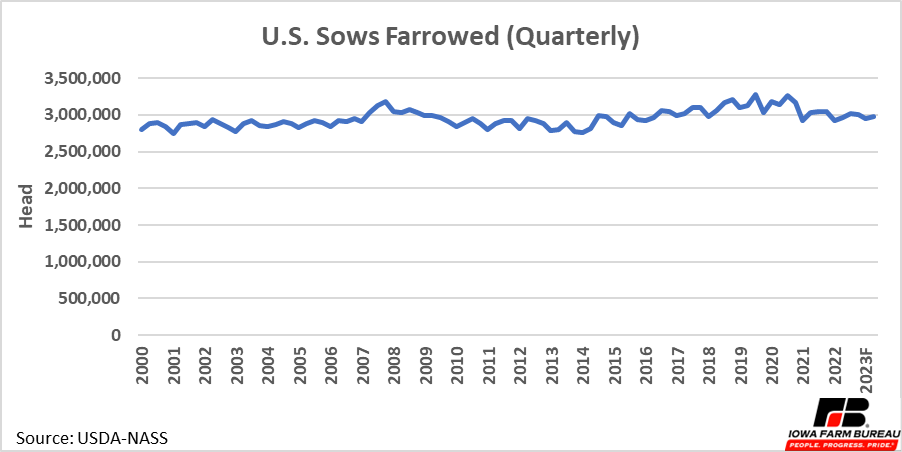 For Iowa, the 2022 September-November pig crop was 5.9 million head, down 2% from last year but up 1.6% from the previous (Figure 5). During this quarter Iowa had 510,000 sows farrowing, resulting in 11.55 pigs per litter (Figure 5 and Figure 6). Like the U.S., Iowa’s litter rate has continued to climb, resulting in larger pig crops despite steady sow inventories. Iowa’s pigs per litter rate has increased 30.5% since the year 2000. 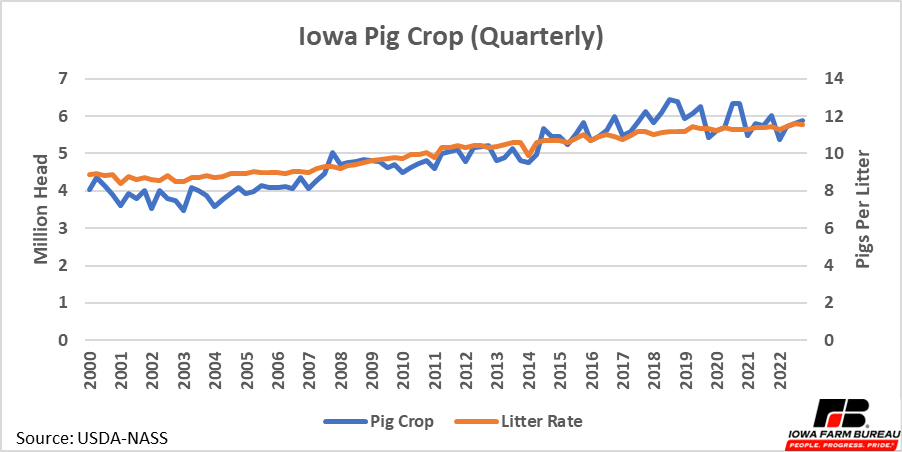 For the next two upcoming quarters the U.S. is forecast to farrow 500,000 sows from December-February and 515,000 sows from March to May. This would be like the 510,000 sows farrowed this past quarter. 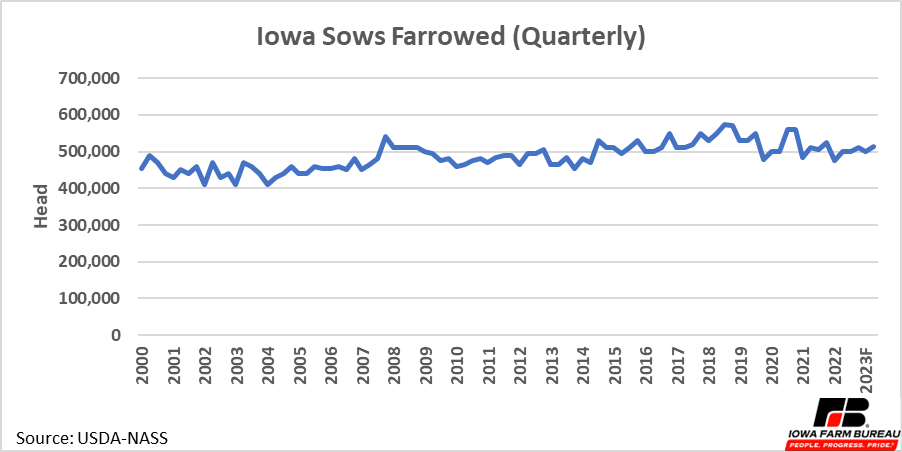 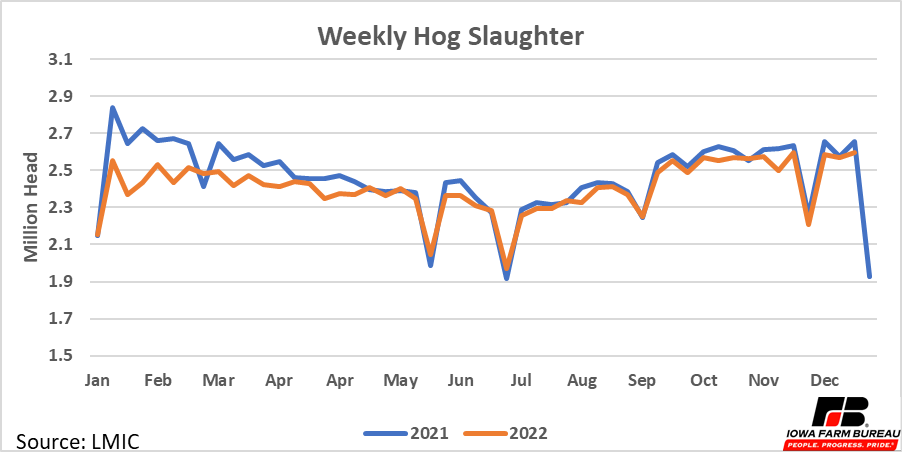 Pork exports look to finish the year near 2019 levels (Figure 8). Exports were not able to repeat the strong export sales of 2020 and 2021. The dollar index and China’s rebounding hog herd likely contributed to lower exports in 2022.

The dollar index increased for most of the year, reaching its highest point from September to November. A higher dollar compared to other foreign currencies puts downward pressure on export sales, as it makes U.S. pork relatively more expensive to other countries. 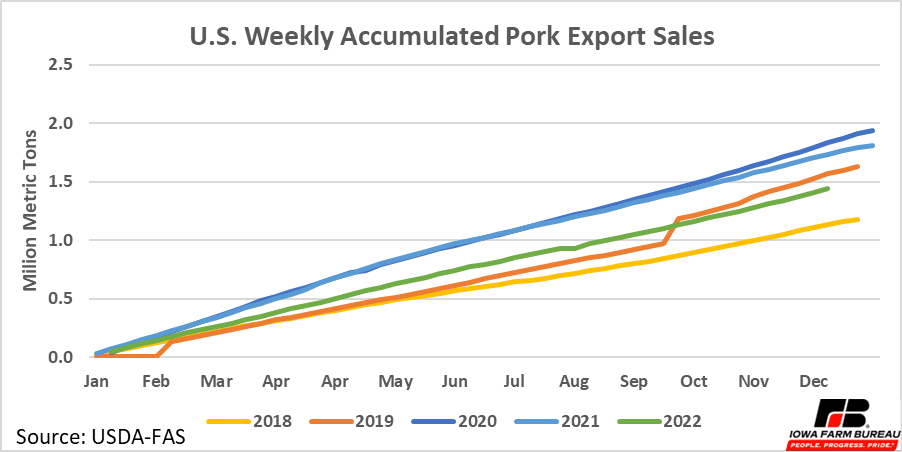 Furthermore, China’s pork herd suffered from African Swine Fever in 2020 and 2021 causing their pork production to decrease and pork imports to increase in those years. China’s pork production has since rebounded and U.S. pork exports to China have slowed in 2022 (Figure 9); still above3 pre-pandemic export rates but substantially lower than the last 3 years. 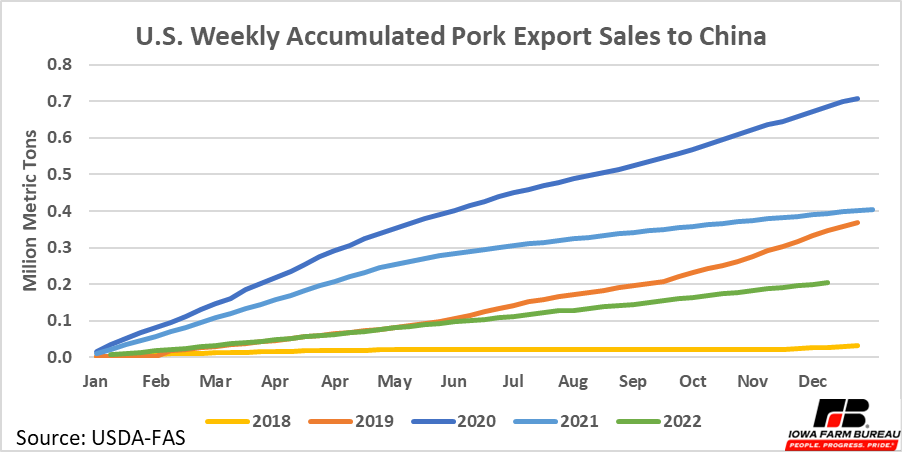 Weekly market hog prices have followed a seasonal pattern over the last few years, typically peaking in July and recording lows in December and January. COVID-19 broke this price pattern in 2020 but all other years from 2015-2022 have followed the general trend. Both 2021 and 2022 have seen higher prices than in the previous six years but have continued to follow the seasonal pattern. 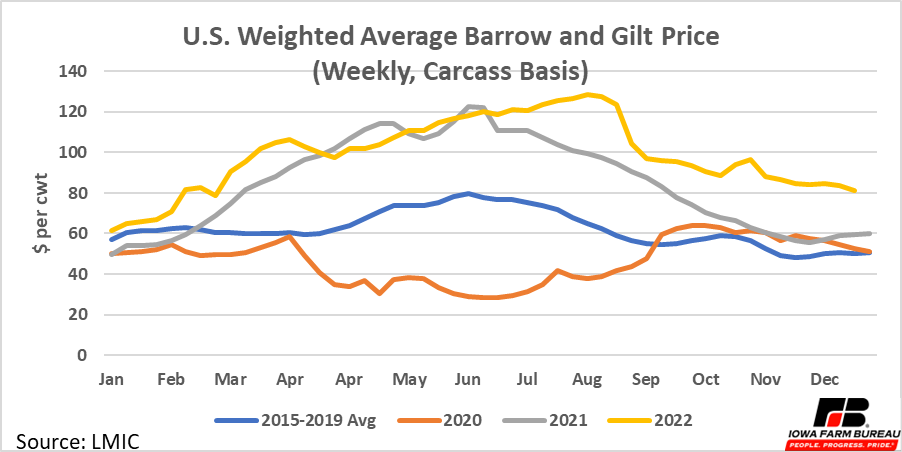 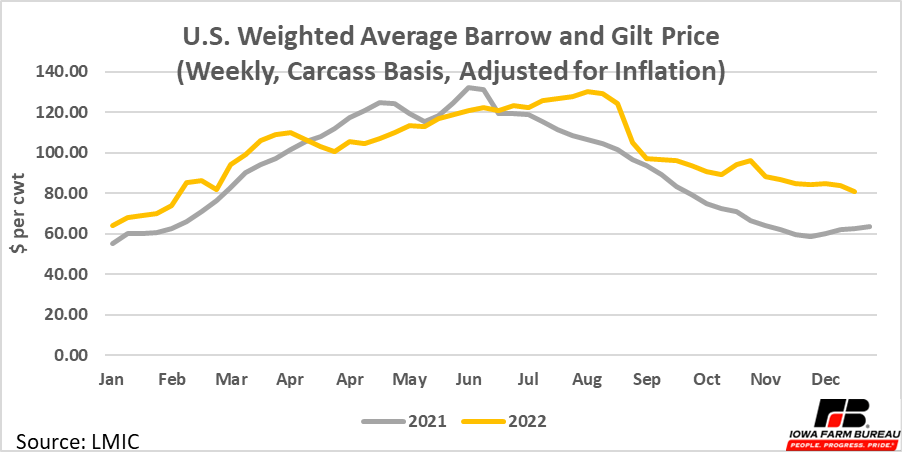