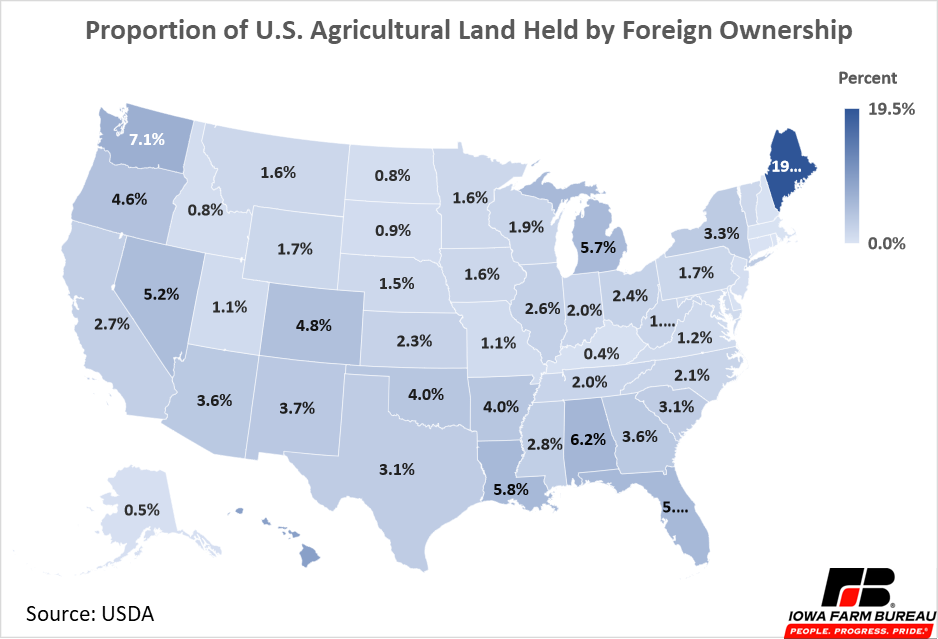 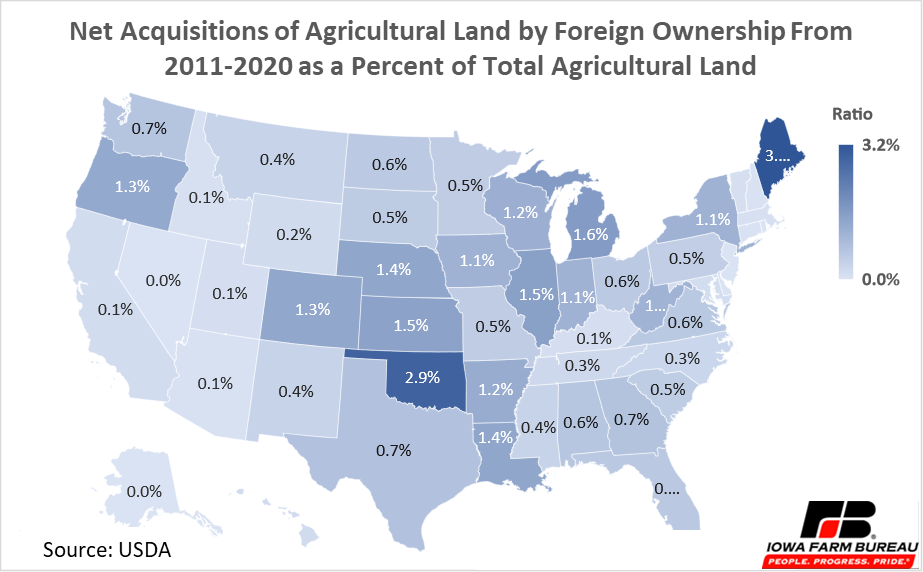 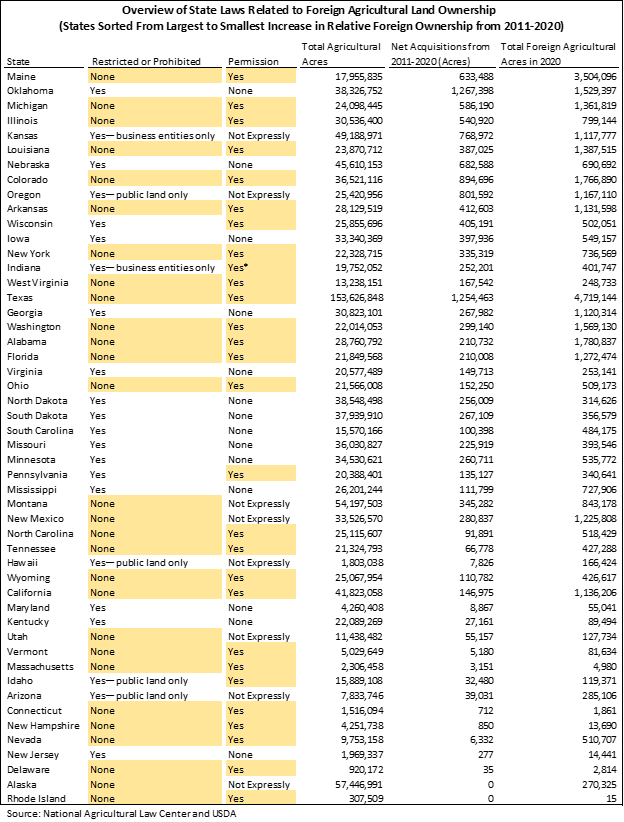 All foreign ownership of ag land must be registered with the Iowa Secretary of State and all foreign acquisitions and leases of agricultural land in Iowa must be reported to the Iowa Secretary of State. Furthermore, foreign holders of agricultural land may not transfer ownership to other nonresident aliens except though a will.

Land found to be in violation of Iowa Code chapter 9I may be reclaimed by the State of Iowa through court process and is sold in the same way as a foreclosure of a mortgage on real estate property. Funds from the sale of reclaimed land are used to cover court costs associated with reclaiming land and remaining funds are paid to person divested of land up to the cost they paid to quire the land. Funds remaining after payment are given to the county the land is in.

Given the restrictions on Iowa land ownership, the increase of approximately 398,000 acres of  ownership in foreign ag land over the last 10 years has likely been due to research purposes, and to some extent, land acquired for development to another use.