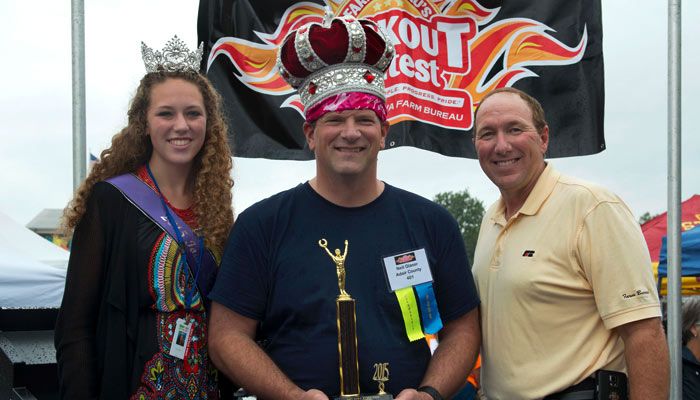 The Iowa Farm Bureau-sponsored contest featured outdoor chefs, with varying levels of experience, using their best grilling, barbecuing and smoking techniques and top-secret rubs and marinades to impress the judges with their dish.  Glaser proved that years of experience isn’t necessary to take home the top prize by winning the crown in his first attempt.  “Oh my gosh, this was totally unexpected,” Glaser said after receiving his crown and first-place trophy.  “This was the first time we’d entered a county cookout contest and the state contest, so it’s very exciting.”  Glaser’s family was in attendance to cheer him on, and following the contest, his wife, Theresa, added, “Our family has always known Neil is a great cook, now everybody knows it.”

Glaser won first place in the pork category before being selected by the judges as the contest’s overall winner.  He received $200, the champion’s crown, and a permanent trophy as the 2015 Iowa Farm Bureau Cookout Contest Champion.