Total planted soybean acres are estimated at 89.5 million for 2017, up 7% from last year. Illinois and Iowa are expected to lead the way in planted soybean acres again this year at 10.2 and 10.1 million acres, respectively. This would be a 6% increase over last year in Iowa, and a 1% increase in Illinois. Other states seeing large percentage increases over the previous year include Kansas (23%), North Dakota (14%), and Nebraska (10%). 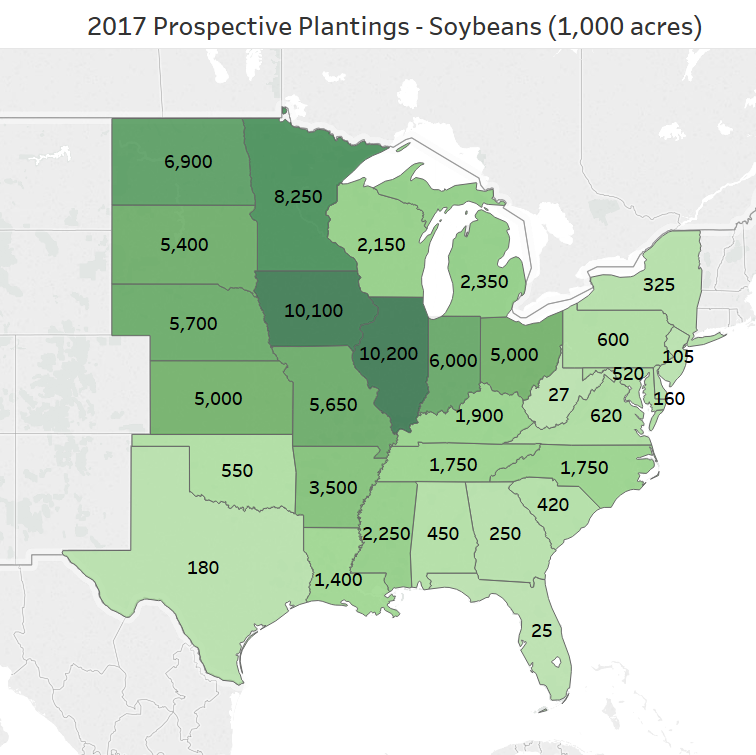 However, the expected growth in planted soybean acres caused a decline in the estimated planted acres of other crops, such as corn. The U.S. total corn acreage planted is estimated at 90 million acres for 2017, which is down 4% from last year. Iowa and Illinois are expected to see a 4% and 3% decline in planted corn acreage for 2017. 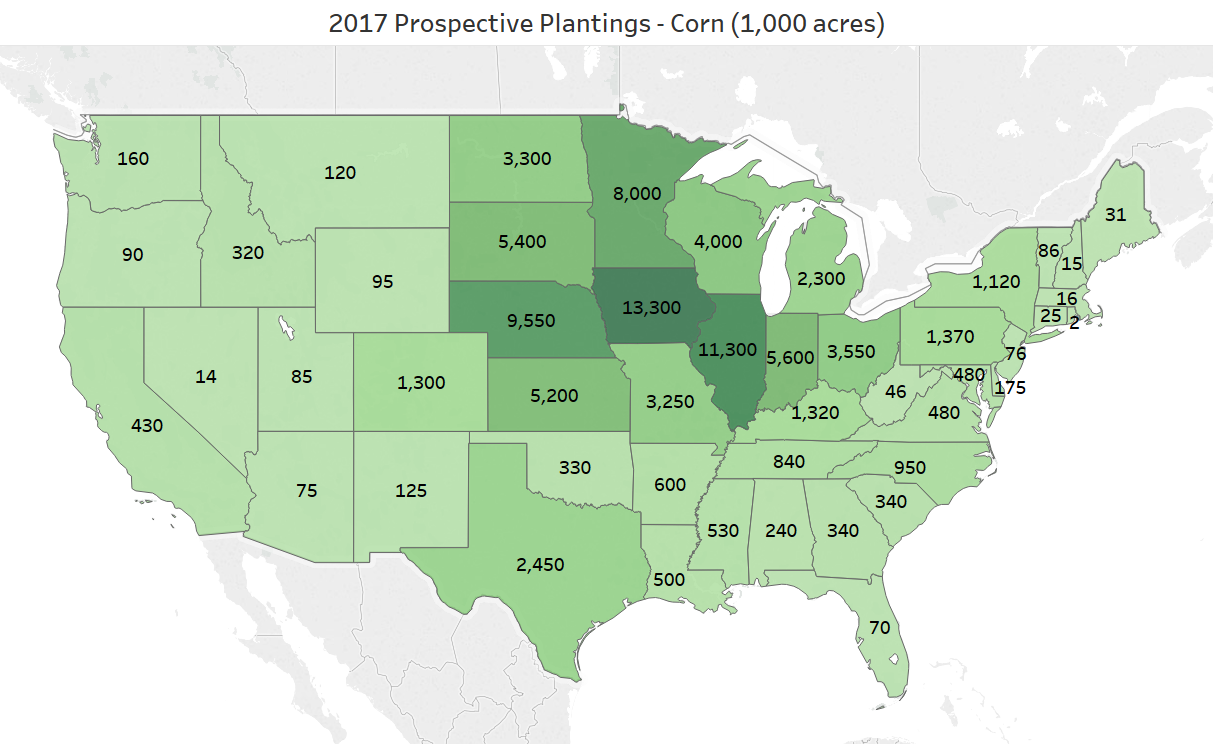