The average 4 inch soil temperatures are below 50 degrees across much of the state as of May 2nd. 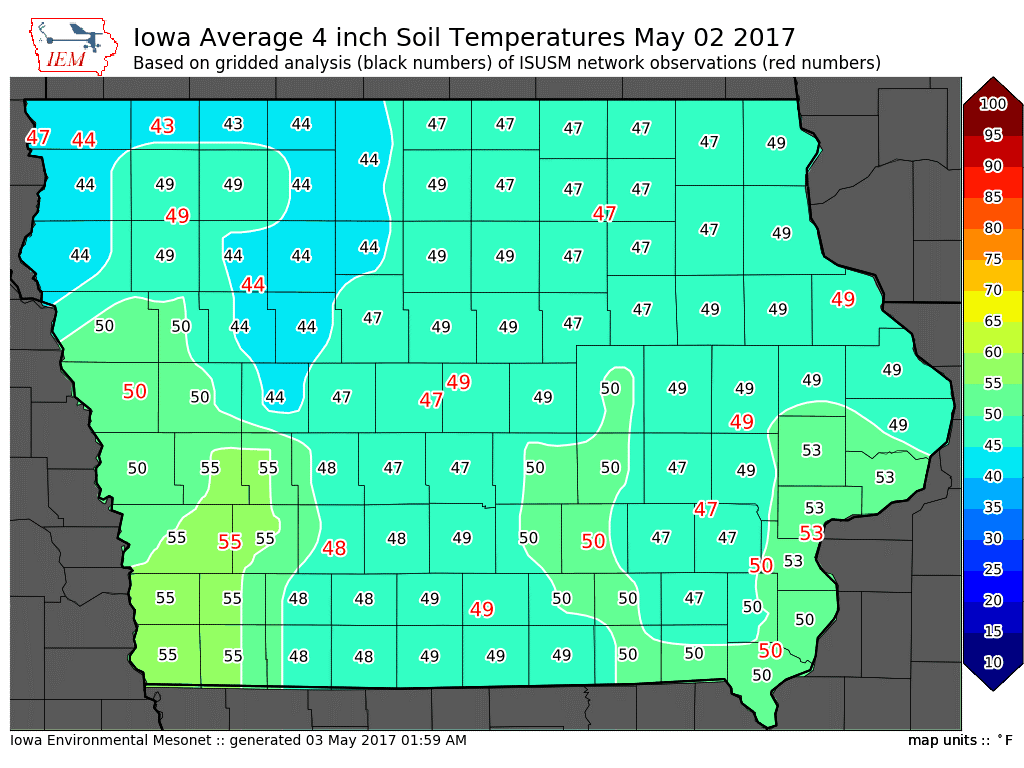