Start the Season Off Right: Grill and Smoke Meat Like a Champion

Looking to impress your friends and up your grilling game? Check out these tips from Iowa Farm Bureau's Cookout Contest champion, who was crowned at the 2021 Iowa State Fair.

Grilling season is here, and whether you’re a beginner or a pro, Rashawn Parker, Iowa Farm Bureau’s 2021 Cookout Contest champion, has some helpful tips for making this your best season yet.

Parker perfected his techniques through the years by watching hours of YouTube tutorial videos and by the best experience of all —simple trial and error. “Find something your taste buds like,” he advises.

He grills in “every season but winter,” when he uses his pellet grill to smoke meats instead. In fact, his winning entry in the 2021 Cookout Contest was a picanha steak, which he found absolutely delicious and wanted to share with others. Picanha is a cut of beef also known as the sirloin cap or rump cover, and it smokes like a brisket, according to Parker.

“An average size [of picanha] is 2 to 4 pounds for around $30,” he said, “and brisket is three times that or more. I love brisket, but the cost has gone up drastically.” This average size of 2 to 4 pounds is good for two to four people, as Parker recommends cooking 1 pound per person.

Parker says, “If it’s cooked right, [picanha] is right up there with flavor and taste. It’s got inner muscular fat in it, creating a tender, juicy product.” He prefers to buy his cuts at the Fareway Meat Market, where the butchers are knowledgeable and the quality of the meat is excellent. “Some people call me crazy, but it’s even better than a brisket!” That is saying something for a devoted brisket fan like Parker!

This grilling guru’s advice for beginners and experts alike includes the following:

• Start off at lower temperatures and work your way up. Parker says you can always crank it up if necessary. He also recommends getting an instant read thermometer to truly test the inner temperature of the meat.

• Get tips on YouTube. He is a huge fan of doing this type of research and has learned many tips from people like Matt Pittman, CEO and pitmaster of Meat Church BBQ.

• Be willing to try different spices. A favorite of his is Holy Voodoo from Meat Church BBQ, which he uses on everything from chicken wings and pork to eggs and vegetables.

• Fine tune and find something you like. Parker says, “I’m cooking for my family and myself!” Besides picanha, his favorite meat to grill is brisket. His wife loves pulled pork, while his two young sons enjoy pork chops, hamburger, ribs and hot dogs. 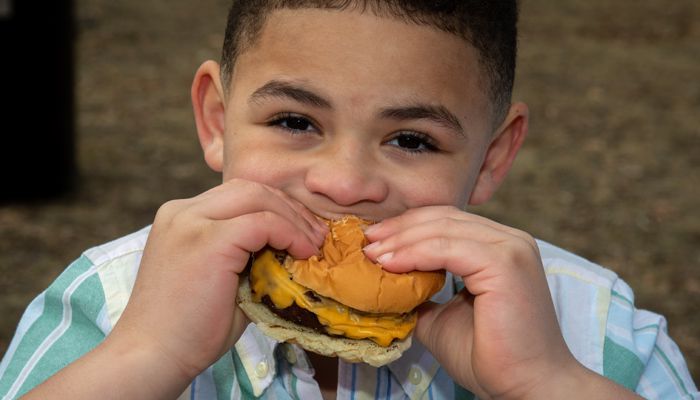 Parker also has tips for smoking meats. “Start out with a pork butt, because it is easy,” he suggests. Start with putting salt and pepper on the pork butt, and use a pre-made rub. Cook it low and slow at around 225 degrees. “This is more forgiving, and you can see the meat transforming,” Parker says. Wrap the meat in aluminum foil and smoke it until the internal temperature reaches 165 degrees. Keep an eye on the meat and “go off the color to get the ‘bark’ you want, such as a mahogany color,” or his preference of an even deeper mahogany color.

One thing to remember as you’re smoking meat is to spritz it with water or a mixture of water and either apple cider vinegar or beef broth, depending on the meat you are using. Moisture helps to absorb heat, thus producing more of a smoke flavor. “Apple cider vinegar breaks down muscle tissues,” explains Parker, “and the more you spritz, the more ‘bark’ you’ll get.” He recommends spritzing every 30 minutes to 1 hour to get the best results. “If you’re a beginner, be sure to do this every 30 minutes,” he advises.

Parker also suggests using pork for cooking on a budget. “We live in Iowa, so my first choice is pork!” he laughed. A pork tenderloin may cost between $10 to $15 and will last a few days — at least for Parker, when he takes it for lunches at work. He suggests cooking until it reaches 145 degrees, which is about 45 minutes of cooking time. “It’s quality meat!” he said.

Pork chops are another recommendation, or a good suggestion is to buy a whole pork loin and make your own chops. Parker loves to use a vacuum sealer to save the cuts for a later date. His favorite leftovers made of BBQ pork include nachos, pizza and macaroni and cheese. One of the family’s favorite pizza recipes currently is a BBQ pork pizza that includes banana peppers, BBQ sauce, mozzarella cheese and, of course — pork!

Chicken is also a great option, and Parker says his wife loves chicken breasts. He likes to grill them, of course. “I get burned out on chicken, so my wife got a rotisserie. Now I cook whole chickens or I do chicken wings.”

Of course, every meat is tastier with the proper seasonings and rubs. Parker loves to use the products from Meat Church BBQ. He also is a huge fan of using pre-made rubs. “People who have been doing this a long time say, ‘Come up with your own rub!’ I don’t want to reinvent the wheel. I shop around and buy rubs already on the market,” he says.

If Rashawn Parker had one piece of advice for anyone starting to grill or smoke their meat, it would be this: “Utilize your friends and family! Ask them to try a bite of this or that and be prepared for them to give you their honest advice!” he laughed. “Use that advice and then tweak your recipes.”

He also recommends using mild seasonings and serving the sauce on the side. This is a great way to be a crowd-pleaser at any BBQ. Remember that “everyone’s tastebuds are different, but also make what YOU like!”

Rashawn Parker does just that —and has found it to be a winning combination. 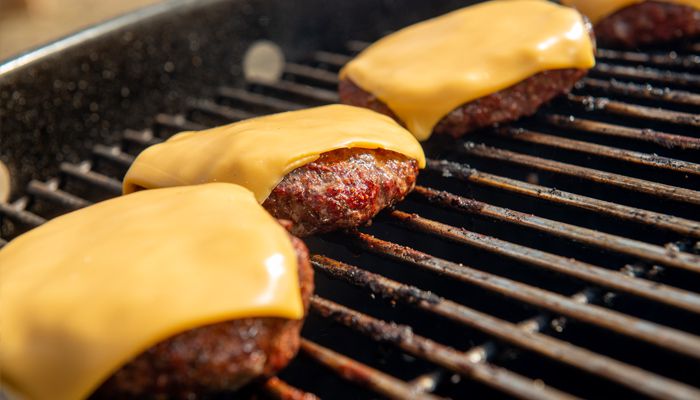 Sprout Murray is a freelancer from Mason City.