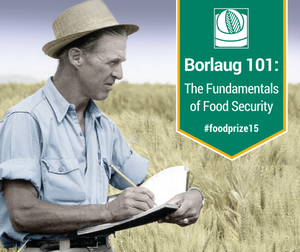 The World Food Prize is a mixture of old and new.

Every year the Des Moines-based conference poses an age-old question (how should we feed a growing world population?) and gathers global leaders for renewed discussion, with fresh data and perspectives.

The conversation kicked off Tuesday, with the Iowa Hunger Summit, and continues through Friday.

Here are a few early takeaways from the conference:

1. Hunger is closer than you think. One in eight Iowans and one in five Iowa children are food insecure. If that isn’t startling enough, Feeding America has county-level data on overall hunger and hunger amongst children, so you can see just how real the problem is in your own community.

2. The world’s population, middle class, and food demand are growing. According to the just-released 2015 GAP Report from Global Harvest Initiative (GHI), the world population will grow from 7.3 billion today to 9.7 billion in 2050, and the global middle class will increase from 50 percent to 70 percent. We’ll need to nearly double global agricultural production by 2050 to meet growing demand.

3. Improved efficiency and productivity are musts. GHI estimates that we need to grow global agricultural efficiency (more output from existing resources) by 1.75 percent annually to double agricultural output by 2050. Globally, we’re a bit behind, averaging only 1.72 percent in annual efficiency growth.

4. So is reducing waste. Did you know that the Food and Agriculture Organization (FAO) of the United Nations says one-third of food produced is lost or wasted along the pathway from production to human consumption? 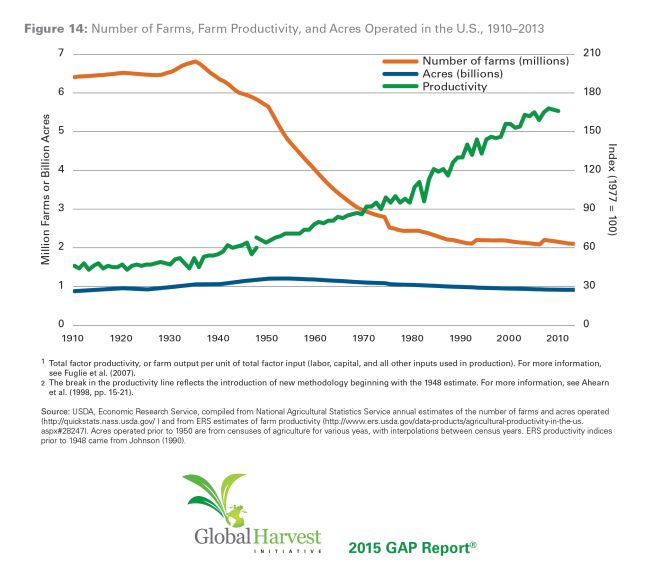 6. And you’re reaping the benefits! The average U.S. consumer spends the lowest percentage of household income on food consumed at home among 86 selected countries in the GAP Report.

7. Families are making it happen. More than 97 percent of U.S. farms are family farms, according to GHI.

8. And they’re doing it with technology. According to Dr. Channapatna Prakash (Dean of the College of Arts and Sciences at Tuskegee University and winner of the 2015 Borlaug CAST Communications Award at the World Food Prize), biotechnology is making food more plentiful and affordable than ever before. It’s also helping make food healthier and safer (especially for those with food allergies), giving it a longer shelf life (to reduce waste), allowing farmers to use less pesticide, etc.

The challenge and opportunities for each of us are clear. Take a little time to tune into the remainder of the World Food Prize discussion this week, and ask yourself how you fit into local and global food solutions.