2 maps that will raise your eyebrows

You probably look at yours and see…well, a yard – with grass, maybe a fence, a swing set, flowers, mulch, landscaping timbers, slopes, and areas that puddle after a good rain ( here’s a look at my yard after a series of storms earlier this year).

What if I told you the U.S. Environmental Protection Agency (EPA) sees “ephemeral” or “intermittent” streams or “hydric” soils that could require you to obtain a federal permit (costing tens of thousands of dollars) to work in your own yard?

You’d probably wave me off; dismiss me as a fearmonger.

But then I’d show you these babies… 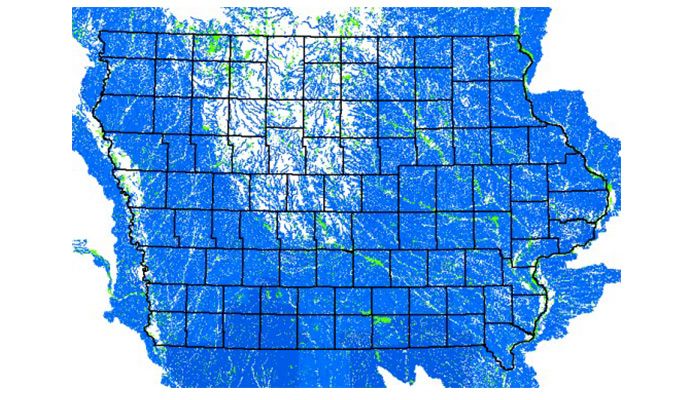 This is a map of all streams, rivers, and lakes in Iowa, defined by the federal government. Of course, the federal government defines streams differently than you or me. For example, that low area, ditch, or small channel in your backyard may be classified as an “intermittent” or “ephemeral” (i.e. lasting a short time) stream.

EPA has proposed a new water rule that lists these streams, rivers and lakes under the agency’s jurisdiction. In fact, EPA provided this same map to Congress to help explain what could be covered by its proposed rule! 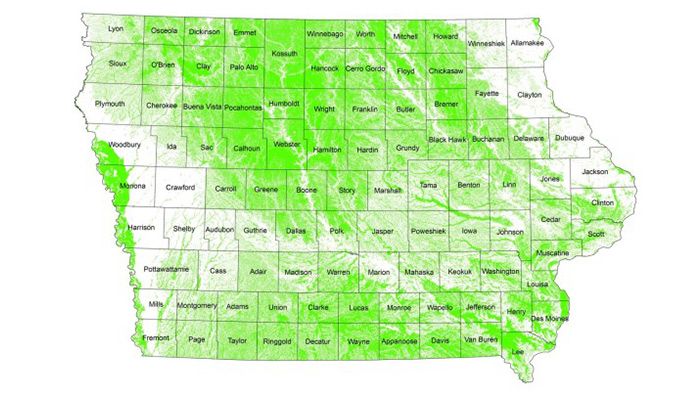 This map shows the soil is Iowa that’s classified as “hydric” soil – soil formed under saturated conditions that tends to pond or drain slowly. EPA’s rule says the agency may regulate hydric soils as well, bringing the areas in green under EPA’s jurisdiction.

So why does it matter if your property falls under the jurisdiction of EPA?

Truthfully, it may not.

EPA can exercise its authority over its jurisdiction if and when it wants. The agency’s leaders say they have no desire to fine your backyard or farm (up to $37,500 per day) or require you to get a permit.

Unlock the door, they say. We’re not coming in.

(Of course that begs the question – why propose such broad jurisdiction in the first place?)

And while I trust that EPA’s spokespeople are genuine, I know they won’t be the ones trying to interpret the vague rule during an actual inspection. And I’m curious if the next wave of EPA workers who inherit this rule will honor EPA’s “gentlemen’s agreement” not to regulate yards and farms, or if they’ll read and enforce the written word differently.

If the latter is true, you may not be able to weed and feed your lawn, spray for bugs, landscape with treated lumber and wood chips, fill in a low area with soil, or even dig a hole without a “dredge and fill” or “NPDES” permit.

It’s a door that’s not worth opening. If you feel the same way, learn more and urge EPA to “Ditch The Rule”!